Greening- wood for the Chuff-chuff: Can Parent: Crabs in Nanjing: Sod that!: Dead lucky: and Relaxing Fountains (not).

Sunny, dry, cold and calm for the number after one time at the Castle this morn, I managed to mow the lawn, trim the hedges and have a nice bout of vandalism in the garden yesterday.


The Castle fences have gorn green-not in the Eco sense, or the aesthetic sense but in the daft old fart sense. I purchased some stuff from Wickes to treat said fences, and upon returning discovered that instead of “brahn” it was a nice shade of ‘Sherwood green’ because I picked up the wrong “tin”. 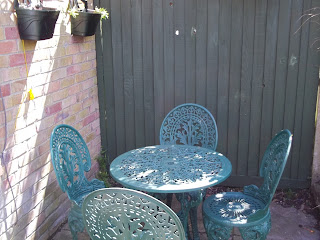 And because I couldn’t be arsed to travel the seven miles there and back in Saturday traffic and the fences were already green with moss decided to use it anyway-doesn’t look too bad... 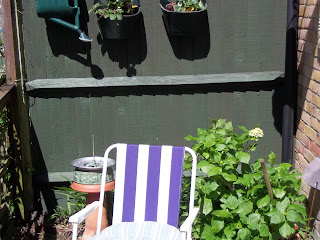 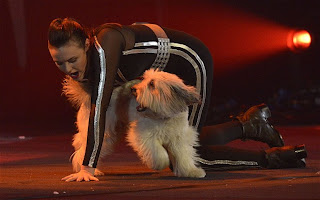 It seems that the talentless Piss Poor Policy Millionaires Club Coalition has rubbed orf on the rest of buggered up Blighty because the winner of “Britain’s got talent’ is a bleedin dog, and yes he is cute and clever but come on...is that the best we can do?


And yet another PPPMCC(see above) “idea” 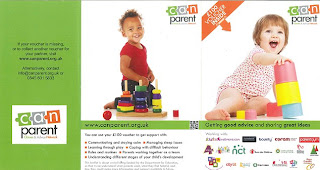 Is to give £100 vouchers for parenting classes in an attempt to stem the breakdown of family discipline blamed by ministers for last year's riots.
The free vouchers will be distributed through Boots, the high street chemist, as part of a strategy to ensure as wide a take-up as possible, according to The Mail on Sunday.
The scheme - known as Can Parent - is said to be the brainchild of David Cameron's strategy adviser Steve Hilton, who is leaving No 10 for a year as a lecturer in California.
The Department for Education, which will oversee the scheme, confirmed that an announcement was imminent. "We want all families to be able to easily access excellent information on parenting. We will be making an announcement about this next week," a spokeswoman said.
Under the plan parents will be entitled to up to 10 two-hour sessions of advice on how best to bring up their children.
Parents will be able to use the vouchers to buy lessons from independent organisations such as the National Childcare Trust.

As someone once said “I’d take them out and shoot them in front of their families”-the Piss Poor Policies Millionaires Club Coalition not the parents who should be put in the stocks and pelted with healthy food....

And talking of Piss Poor ideas 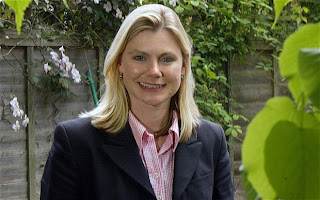 According to face like a bag of spanners Justine Greening our beloved Transport Secretary the best way to protect ancient woodland threatened by her overly expensive and unnecessary “High Speed chuff chuff” is to move it somewhere else-the ancient woodland not the “high Speed chuff chuff”.
The brain dead high speed chuff chuff boss made her suggestion in a letter to a fellow Tory MP seeking to calm anxious constituents. “Your constituents raise concerns about potential impacts on ancient woodlands,” Miss Greening told Cheryl Gillan, the Welsh Secretary who is also MP for Chesham, in Buckinghamshire.
“The Environmental Impact Assessment process will identify in detail the scope of any impacts and offer appropriate mitigation solutions, for example transplanting woodland to an adjacent site or using narrower cuttings.”

Ye fucking Gods, where do “they” get these people?


East to the land of the last Olympics 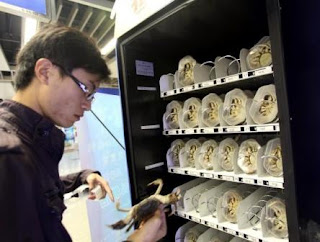 If you live in Nanjing, China, you can get a crab from a vending machine then go home and cook the fresh hairy crab to your desired taste.
The crabs are priced from US$1.50 to US$8, depending on the size. You can even buy a bottle of vinegar to spice up your crab, for only US$0.80.
The vending machine is kept at a constant temperature of 5-10 degrees Celsius to make sure that the crabs are in a constant state of hibernation. They are also packed in custom-shaped plastic packages.
A customer who has tried the crabs said, “Two days ago, I was passing by, and saw that they were cheaper than at the markets. I was curious, so I got two. They tasted all right, so I’m back today for more.”

Tasty-Just don’t put them in a nice warm pocket.... 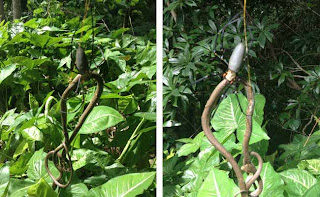 As a frequent visitor to the beaches and wild rainforests of Cape York, kite surfer Ant Hadleigh thought he had seen it all.
But the Cairns man was in disbelief after witnessing a golden orb spider slowly eating a brown tree snake at a mate's place in Freshwater yesterday afternoon.
"A few times the snake managed to get up and attack the spider, and the spider would run back up the web.
"I would have put my money on the snake for sure, especially seeing how big it was."
Mr Hadleigh estimated the tree snake to be around half a metre long and was alive for "an hour or more" after being caught in the spider's web, before finally succumbing to the crafty arachnid's venom. 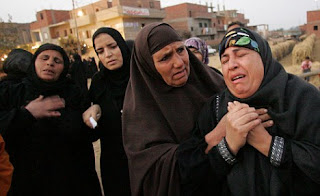 The funeral of a 28 year-old waiter in southern Egypt turned into a celebration when he woke up after being declared dead.
Hospital officials had pronounced dead Hamdi Hafez al-Nubi, who came from the village of Naga al-Simman in the southern province of Luxor, after he suffered a heart attack while working.
His family says grieving relatives took him home and, according to Islamic tradition, washed his body and prepared him for burial Friday evening.
A doctor sent to sign the death certificate found it strange that his body was warm. At closer observation she discovered he was still alive.
His mother fainted upon hearing the good news.


All over the place


Some snaps of not very relaxing fountains-apart from the last one. 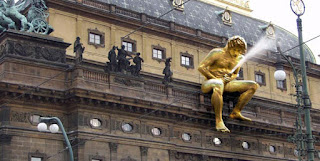 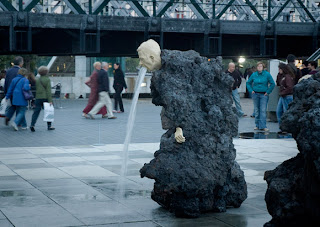 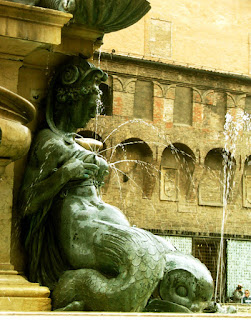 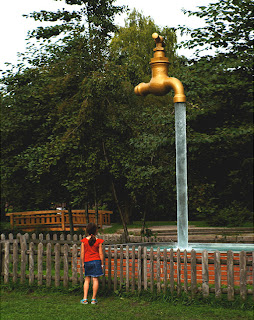 That’s it: I’m orf to get a new sonic weapon “loud hailer” 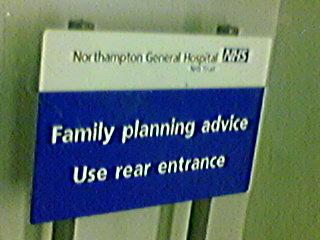