THE RICH ARE GETTING POORER 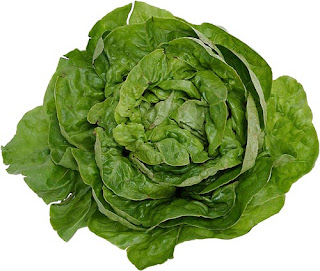 From the Telegraph the poor old billionaires are suffering, their numbers have reduced by a third worldwide.

As a result, the average billionaire saw their net worth fall from $3.9bn to $3bn in the yeThe annual survey of who's who and who's worth what in the upper echelons of the world's entrepreneurial classes, the just-released Forbes 2009 World Billionaires list reveals the damage that has been wreaked on the fortunes of many.

Warren Buffett, the richest man in the world last year with a fortune of $62bn, lost $25bn as a result of declines in the value of his investments, many of which are in the insurance and financial sectors which have been hardest hit by the global recession.
Taking his crown is Bill Gates, who, in spite of reclaiming the top spot in the annual Forbes survey after a year's absence, still saw his Microsoft fortune fall by almost a third, down $18bn to $40bn.


Also from the Telegraph 'Suicidal' man survives 180-foot Niagara Falls jump An apparently distraught man survived the 180-foot plunge over Niagara Falls on Wednesday, then resisted rescue attempts before eventually being pulled from the icy water to safety.

The American man was semiconscious when he was taken to hospital, suffering from hypothermia and a head injury. He later lapsed into unconsciousness and was listed in critical condition.

At least 17 people – not including suicide attempts – are known to have gone over the falls.


Maybe someone is trying to tell him something.

Artificial life 'could be created within five years' - Telegraph Laboratories across the world are closing in on a "second genesis" - an achievement that would be one of the greatest scientific breakthroughs of all time.

Prof David Deamer, from California University, said although building a new lifeform from scratch is a daunting task he is confident it can happen in five to 10 yeA synthetic, made-to-order living system could produce everything from new drugs to biofuels and greenhouse gas absorbers.

Opponents of the controversial research claim the technology could lead to machines becoming "almost human".

But there would be no safety issues for a long time as any initial organisms would be very primitive and need large-scale life support in the lab, reports New Scientist.

I don’t know, do we really want “artificial intelligence”?

And finally from the BBC A West Midlands sandwich bar worker who was prosecuted after footage of him stuffing lettuce up his nose appeared on YouTube has avoided a jail term.

Richard Benjamin Shannon, 22, of Castle Street, Brownhills, was ordered to do 300 hours of unpaid work for last year's offence at Subway in Brownhills.

He claimed the incident was a prank and the lettuce was discarded and not sold.
Walsall magistrates said he had avoided a jail term due to his "early guilty plea" and because he had shown remorse.

He was arrested after an irate woman hurled a chair at him after a recognising him in the clip on the video-sharing website, Walsall Magistrates' Court heard.

Magistrates' chairman Elizabeth Baugh, who viewed the video footage, said his actions could have merited a custodial sentence.

She told him: "Your actions caused great distress, not only to the public who consume this food, but also to the company.

"I think you have learnt a very, very serious lesson."