Still can't post pictures unless I edit in HMTL (which I can't be arsed to) still waiting to hear from blogger:(

More than a tad less temperature at the Castle this morn, the moon is hiding behind a whimsy of cloud, the butler is feeding the furnace with fat teenagers and his Maj has discovered the joy of hiding on the stairs in the dark and trying to break my neck.


Late this day, overslept, and now I can’t get going.

And now Blogger keeps freezing and won't let me insert pictures or videos....I will try later; managed to get the pics in using hmtl, but can't upload the video.
Breaking news: -EDF Energy is going to cut gas price by 5% 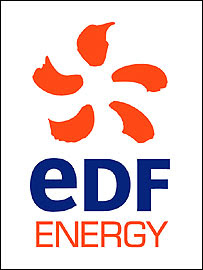 The move follows a sharp fall in the price of wholesale gas over the winter period due to the mild weather.
EDF increased its gas bills by 15.4% in November in response to rising wholesale gas prices.


So why are they only cutting prices by 5% then? 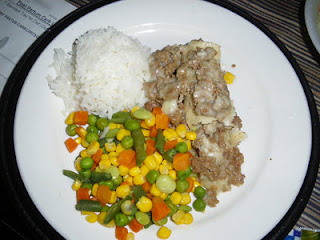 Some hospital trusts commit just £2.57 for each patient’s daily food and drink, according to the latest statistics, despite growing concern about poor nutrition on wards.
At least 30 hospital trusts, almost one in 10 of the total, spend less than £5 a day on breakfast, lunch and dinner for each person in their care.
The statistics, placed in the House of Commons Library this week, drew allegations from patients’ groups that nutritional standards are slipping as managers strive to save money.
Compiled by the NHS Information Centre, the figures give details of spending on food and drink in 2010-11 by more than 350 primary care trusts, foundation hospitals and other NHS bodies.
They reveal large budget disparities, with some trusts spending more than £20 a day on each patient, while others commit barely a 10th of that.
The lowest spender was the Western Sussex Hospitals trust, which was listed as paying £2.57 a day to feed each patient.
Several other trusts spent less than £1 on each meal. Harrow in north-west London spent £2.75 for each patient each day, compared with £2.83 the previous year. North Somerset spent £2.76 per patient. Bassetlaw in Nottinghamshire spent £3.02, down from £4.78 in 2009-10.
In total, 30 of the NHS bodies listed spent less than £5 a day on each “patient meal day” — the average daily cost for the provision of all meals and drinks fed to an in-patient. By contrast, Wiltshire primary care trust spent £22.31. Several others spent more than £10 a day.

I’m orf to Wiltshire then...


According to my bank 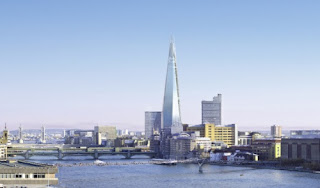 Barclays Capital reckons that there is an "unhealthy correlation" between the building of skyscrapers and subsequent financial crashes.
Examples include the Empire State building, built as the Great Depression was underway, and the current world's tallest, the Burj Khalifa, built just before Dubai almost went bust.
China is currently the biggest builder of skyscrapers, the bank said.
India also has 14 skyscrapers under construction.
"Often the world's tallest buildings are simply the edifice of a broader skyscraper building boom, reflecting a widespread misallocation of capital and an impending economic correction," Barclays Capital analysts said.
The bank noted that the world's first skyscraper, the Equitable Life building in New York, was completed in 1873 and coincided with a five-year recession. It was demolished in 1912.
Other examples include Chicago's Willis Tower (which was formerly known as the Sears Tower) in 1974, just as there was an oil shock and the US dollar's peg to gold was abandoned.
And Malaysia's Petronas Towers in 1997, which coincided with the Asian financial crisis.


Barclays Capital's Skyscraper Index has been published every year since 1999.


So that’s where what is left of my money is going....


And talking of high buildings

A Chinese company has released a time-lapse video of its construction of a 30-storey mega hotel in just 15 days.
Released by the Asian sustainable building firm Broad Group, the video shows the impressive infrastructure being constructed within a 360-hour time frame in China’s south central Hunan Province.
Using cutting-edge building technology, which uses six times less cement and is believed to be five times more energy efficient than regular construction material, the 17,000-metre-squared earthquake-proof skyscraper was completed at the end of 2011.

The Ark hotel was built using pre-fabricated modules and uses a diagonal steel bracing.
The remarkable building also boasts a filtration system with air 20 times purer inside than outside and can withstand a 9.0-magnitude earthquake, as tested by the China Academy of Building Research.
And it’s not just the hotel that was built in the 15 days, but all the furniture has apparently been moved into the building, so it’s ready for guests.

Note to myself-do not stay at the Ark hotel... 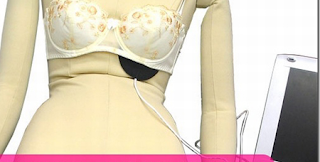 The perfect gift this coming Valentine’s Day could be the Japanese boob warmer (powered by USB and weighs only 38 grams-22 Japanese what knots), or you could purchase the breast pillow, or even the Nork roller for a loved one. 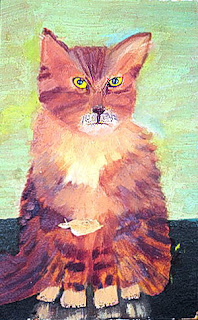 You can visit the Museum of bad art in the basement of the Dedham Community Theatre. The gallery is conveniently located just outside the men's room. The nearby flushing helps maintain a uniform humidity.
This, MOBA's first permanent gallery, proudly opened in October 1995. For a number of years, it was the world's only museum dedicated to bad art. A small museum in the basement of an old building, MOBA is appropriately lit by one large, humming fluorescent light fixture.


Back over to high rise China 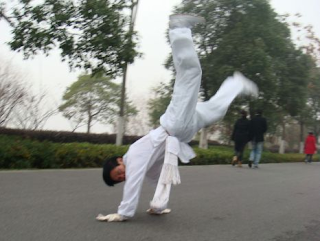 Hu Jiakai has hit the headlines after cart wheeling continuously for 3.5km through the streets of Changsha, China.
It took Jiakai an hour to complete the pointless task
The 47-year-old who didn't stop or stand up during the whole event - although the reason for his hour of head-spinning is not yet known.
The local builder was aided by his brother-in-law throughout the stunt, who acted as an escort and witness to the bizarre spectacle.
It seems his apprentice struggled to keep up with the acrobatic stuntman however, revealing: 'His tumbling is really faster than our walking.'

And I thought I was desperate for “news”... 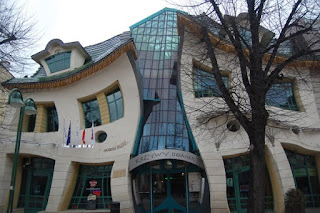