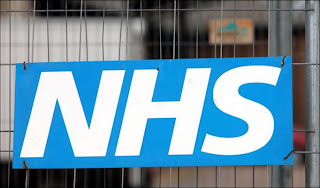 Is it a good thing for Hospitals to be independent of the Government?

“ William Moyes, the chairman of Monitor, who is responsible for deciding when hospitals are ready for independence, said he has reached the halfway point in the process of changing the NHS from a nationalised industry into a network of competing organisations.”
“Moyes said a small group of up to 20 hospitals will not be able to pass Monitor's financial tests "because the service they provide and the costs of providing it are not commercially viable". If ministers want to keep the service going in those areas, "they must either give it a subsidy, as they do with rural transport, or allow a merger with a more viable trust."
I am a bit on the fence regarding this, I think it is probably a good thing for Hospitals to be “independent” but my concern is-who will be in charge?

My local Hospital was one of the first to be a “foundation Trust”, and it is run by “business-men”, it made a “profit” of £7 Million last year, which can be used for “improvements” to the Hospital, their choice is more parking spaces (double-decker)-hence more income, and a Helipad.

The “profit” in my opinion should be used for better treatment, and facilities for patients.

The Board is comprised of a variety of people with varying skills, but surprisingly I don’t think there is a Doctor on it.

They have a “Medical Director”, but will that provide enough medical input to the board?

The Chairman of the trust is non-medical.

And that really is my problem, wouldn’t it be a better system whereby the “management” is shared? The finances of the Trust run by business people, and the medical treatment run by doctors.

The board should be “split” 50/50 with Doctors, not all consultants but a mix with “junior doctors” and “others, because after all it is a Hospital, and medical treatment and care of patients must be the prime concern.

I am still undecided, but as a note-I will not use this “trust”, I don’t “trust” them due to the abysmal "treatment" Mrs Angus recieved.
If I need treatment I use another Hospital 10 miles away, where the attitude of the staff and the treatment is much better, and strangely enough, it is NOT a “foundation Trust”.
I don’t know, any thoughts?