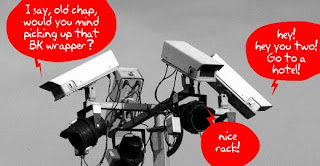 The embarrassed pair, who had been drinking earlier, heard the booming command and immediately stopped before fleeing the scene in Northampton.

Most messages are taped recorded but they can also be used by the CCTV operators to issue specific warnings.

Andrew Simpson, Northampton Borough Councillor responsible for CCTV said he was shocked to hear camera operators had spotted people having sex in the street.

He said: ”I certainly wasn’t expecting them to pick up that kind of thing.

”Clearly, I would imagine these people must have had too much to drink and had fairly low inhibitions.

"But at least they stopped when the camera operators told them too.”


Of course they did, it must have seemed like divine intervention. 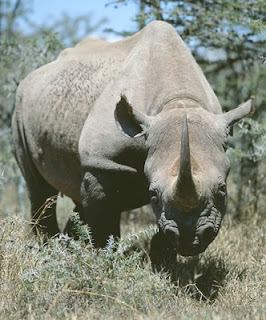 How to bonk a Beamer or is it mangle a Merc Horny rhino Jango has become a real art lover - after falling for a car dumped in a pond as a sculpture exhibit.
Zoo bosses put the motor in his enclosure as a way of raising awareness about pollution’s impact on animals in the wild but smitten Jango took a shine to the old banger and now treats it like a mate.
Zoo visitor David Rogers said: "He was in the pond for an hour and he kept giving the car affectionate nibbles."
"Then he tried to climb on it from the back and front. Every now and again he would climb out of the water and gallop round his cage for 10 minutes before jumping back in the water. It was like he was trying to show off.
"He also kept trying to push the car out of the water but it's pretty firmly fixed in place," he added.
Zoo bosses asked artists to give visitors a taste of what life is like outside the enclosure gates for the ‘Trouble In Paradise’ exhibition.
Other examples include a railway line running across the bison enclosure and a filthy oil pump in the penguin pen.
They also dumped a rusty bath in the crocodile enclosure and huge oil drums in the aquariums.
“It was hard to get used to the new look enclosures at first as they look more like rubbish tips,” one keeper said.
“But everyone understands the importance of raising awareness of pollution in the wild so it’s a small sacrifice to make.”
Errr…… excuse me but it’s the animals that are making the sacrifice. 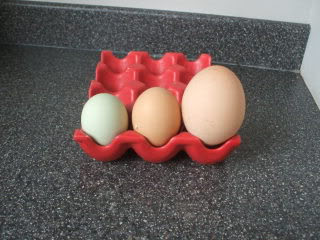 Which came first, the chicken or the monster egg? Efel the hen was left a little shell shocked after laying this monster egg...
It took the gingernut ranger 30 minutes to squeeze out the whopper, which at 7oz is three times the size of a normal one.
Owner Gabrielle Needler, 11, of Reigate, Surrey, said: "It normally only takes five minutes. I thought wow that's big."
Efel thought; you should have tried to lay it! 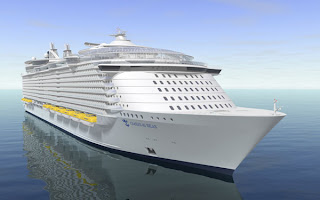 Tight squeeze The 2,850-guest, 122,000 tonne Celebrity Equinox dwarfed the River Ems in Germany as it passed through the locks backwards.
At its tightest point along the course, there were just four metres – not enough room to park a London black cab – between each side of the 317m-long, 37m-wide ship and the riverbank.
It was en-route from shipbuilder Meyer Werft in Papenburg, Germany, to Eemshaven, Netherlands where it will undergo trials before arriving in Southampton for its launch.
"But a real benefit of this event is the opportunity to test the manoeuvrability of the ship at reduced speeds.
"With an average channel breadth of 111m it is a bit like taking a brand-new sports car down winding country lanes.
"It's exhilarating, but not without its share of trepidation."
Yeah right! 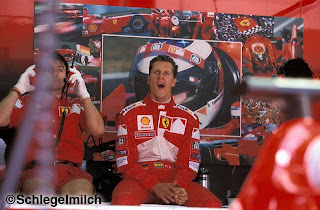 Top Gear's The Stig 'unmasked' as Michael Schumacher The Stig's real identity has always been a closely guarded secret at the BBC show and many people believe that the white overalls and helmet are shared by several drivers.
Schumacher revealed himself as one of them when the Stig took off his trademark helmet during an interview with presenter Jeremy Clarkson after the audience urged him to show them his face.
The Stig test drives cars around the Top Gear track in Dunsfold Park, Surrey, and trains each week's guest for their lap for the Star in a Reasonably-Priced Car feature.
Former Formula One driver Perry McCarthy was Top Gear's original Stig, who dressed all in black during the first two series.
He was replaced with the current Stig, dressed in white, after he revealed his identity.
No sorry, don’t believe it, the Stig isn’t that good.