Lamb leads us to slaughter: Terminal NHS: Show me your headlights: You must remember this: Cardboard Bicycle: and Bonktown.

Oodles of sunny stuff, just as much windy stuff, quite a lot of ex skywater and not a lot of lack of cold at the Castle this morn.
Just returned from the stale bread, gruel and his Maj’s food (which has gorn up again from £3 to £3.69 since Monday) run dahn Tesco, on the way out I popped into the go juice pump place and purchased a couple of cupfuls for twenty squids, it hardly registered on the go juice gauge (14.44 litres @ £1.389 pl). 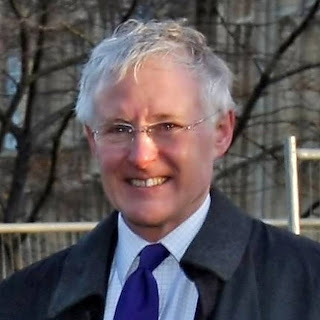 Apparently the “new” health minister wants to help along the Piss Poor Policies Millionaires Club Coalition with their plans to privatise our dear old NHS.
Norman Baa Baa has backed greater private sector involvement in the NHS in his first public appearance since taking on the role.
Asked about greater private sector involvement in the NHS, he said: ‘I’m not a great fan of monopolies, in either the public or the private sector. If there’s never any challenge to the structure provided there’s a danger people can become complacent.
‘There is innovation from new insurgents. We need to embrace that.’
Mr Lamb went on to say that he hoped he could provide the ‘oomph’ from the centre of government to embed integrated care. He hoped to get a round table of experts together to advise him on how best it could work.

Who does he think he is-King bleedin Arthur?


And according to medics 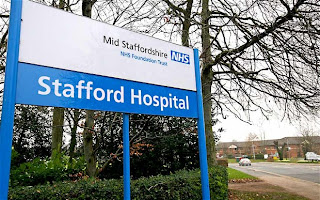 Hospitals in England could be on the brink of collapse because of rising demand and the increasing complexity of patients' conditions, doctors warn.
The Royal College of Physicians' report said the number of beds had been cut by a third over the past 25 years.
It said at the same time emergency admissions had started rising and hospitals were seeing older patients with a wider variety of conditions.
And that standards were slipping in hospitals throughout England.
It cited the way older patients were repeatedly moved around wards, the lack of continuity of care while in hospital and tests being done during the night as some of the examples of how care was suffering.
The college also highlighted the results of feedback from its members, which showed concern about discharge arrangements and workload.


It’s taken them long enough to notice; standards have been “slipping” for years in hospitals, there are more consultants on the golf course and working in private hospitals than on NHS wards on a daily basis, and when the inevitable cock ups happen the medics, managers and the GMC rush to protect their own, their colleagues and their very well paid jobs.

Left to the land of intersections and norks 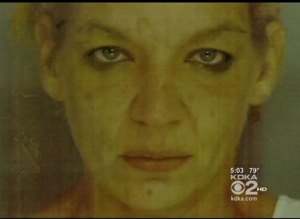 A woman is behind bars after police allege she was stopping motorists in Uniontown and offering to strip for money.
City police Officer John Kauer said Jackie L. Hatter, 35, was charged before Magisterial District Judge Randy S. Abraham with possession of marijuana and disorderly conduct following the incident at 8:40 a.m. Sunday.
Kauer said Hatter was flagging down motorists near the intersection of North Gallatin Avenue and Lenox Street for a report of a woman, later identified as Hatter, stopping drivers and offering to take off her clothing for cash.

Never happens to me at a junction...


Still the home of the Mnemonic and the land of memories 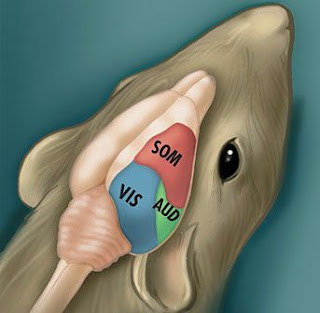 According to new research published in Nature Neuroscience, scientists have invented a method to induce memories in brains for the first time in history.
The study—published by Case Western Reserve University School of Medicine’s Professor of Neurosciences and Physiology/Biophysics Ben Strowbridge, PhD, and MD/PhD student Robert A. Hyde—shows a method to store different types of short-term memories, which they have successfully tested in brain tissue stored in vitro.
Titled “Mnemonic Representations of Transient Stimuli and Temporal Sequences in Rodent Hippocampus In Vitro”, their paper describes how they used a piece of mouse brain tissue to form the necessary circuits to record a short-term declarative memory. This type of memory can be something like names, places and events.
These neural circuits—located in the hippocampus—retained the memory from different stimuli for ten seconds. The researchers were able to observe the recording of these artificial memories by tracing the activity of the brain cells. According to Hyde, “the type of activity we triggered in isolated brain sections was similar to what other researchers have demonstrated in monkeys taught to perform short-term memory tasks. Both types of memory-related activity changes typically lasted for 5-10 seconds.”

About as long as my short term memory then....


Somewhere in a shed 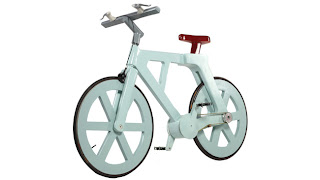 A new recycled cardboard bike has been created which can support riders up to 220kg and costs just a tenner.
Over three years designer Izhar Gafni created a number of prototypes of what would eventually turn into the bike that he has named the Alfa using the fundamental principles of origami.
While the average bike weighs around 14kg the Alfa weighs less than 10 and its belt-driven design requires no maintenance. It could even be adapted to house an electric motor to make those hills even easier to tackle.


But what do you do when it rains?


East to the place where Bavarians live 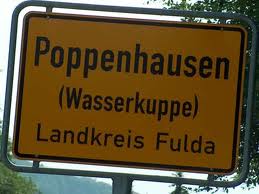 The Bavarian town of Poppenhausen, translated as 'Bonktown', has decided to turn itself into one of the sexiest sightseeing spots in the country.
It has rebranded itself as a dirty weekend resort after town hall officials voted to start embracing the 'saucy' title.
Officials in Poppenhausen have now decided if you can't beat them, join them.
'We had lots of people coming to the town because of its name, because in German 'Poppen' is a slang word for making love,' explained a town hall spokesman.
'In the end we decided if you can't ban them, at least make them comfortable.'
Day trippers are encouraged to take a stroll through a one mile long love lane situated in the middle of romantic woodland.
Should they get tired; couples can take a rest on one of many heart shaped wooden seats.
Alternatively they can test out the woodland's specially made sloped double benches for couples to do what comes naturally.
Other exhibits to get visitors in the mood include a notice with how to say 'I Love You' in 100 different languages and a giant four leafed clover to bring newlyweds luck.


Chance would be a fine thing...

That’s it: I’m orf to double insulate the Castle before the EU has its way

And today’s thought:
What bicycle? 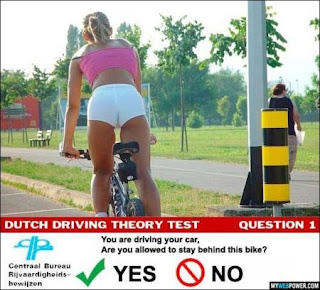