Broadband blues: Something in the air; The mouse that roared; Sell your granny and Boris on the box 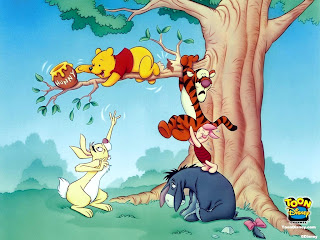 It seems that there is news about the Pooh; Winnie the Pooh that is, a new character has been introduced-Lottie the Otter, to bring a bit of life to the follow up book to reveal what happened next to Pooh and friends.
Some 71 years later it is fairly obvious, they are all on pensions that have been decimated by the Gov, and are living hand to mouth unable to heat their homes or buy hay.

And Gord talking about “turning it round”, coming from a Prime Minister that has done so many U turns he has screwed himself to the floor of number 10, it is a bit of a flight of fancy.

Britain's broadband networks have been ranked 31st out of 66 countries in terms of quality.
According to the report from IT giant Cisco, the UK's systems were found to be "meeting needs for today", but lagging behind most European neighbours including Bulgaria and Latvia, a host of Asian countries and the US.
Technologically-advanced Japan and South Korea were leading the way in terms of overall quality, the study found, with their broadband systems already rated "ready for tomorrow".
Cisco - which looked at broadband speeds as well as penetration - said the Britain's facilities would improve through the looming upgrades of cable networks.
Joanne Hughes, from the firm, told the BBC: "It can be a bit misleading to look at the rankings. The important thing is whether the broadband quality of a country is good enough for today's needs and the UK falls well within this category. We forecast the UK will improve because of things such as cable networks being upgraded and the Digital Britain report focusing on next-generation access."
So why are Gord and his gang threatening us with a broadband tax?
Flying Numptys 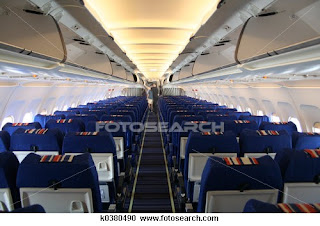 A brawling husband and wife forced a passenger jet into an emergency landing after flight staff feared they could crash the plane.
Czech couple Jiri and Katka Bartek began the punch-up in Budapest airport as they rowed over the husband working late.
But they continued the fight after take-off from the Hungarian airport for Cyprus, punching and kicking each other and pelting stewardesses with bottles and safety equipment.
"They were out of control and the pilot had no choice but to turn the plane around and make an emergency landing," said one stewardess.
Airline Malev has banned both passengers from flying with them again and police are quizzing them over public safety charges.

Bit of a Czechered flight then? 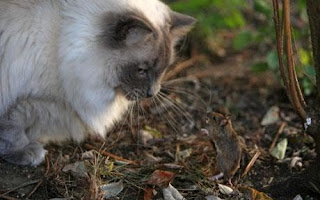 A field mouse dubbed 'the bravest mouse in Britain' was able to fend off a cat from its natural habitat by standing up to it outside its nest.
The field mouse made itself as big as possible to the cat after it ventured too near to its nest in Swavesey, Cambs.
Rather than run, the mouse squared up to its larger opponent and stood his ground. Eventually the cat got bored and turned away, before the mouse went back into its home.
"It was incredible, the little mouse stood up and seemed to be roaring at the cat," said Wendy Rothwell, 45, who spotted the encounter in her back garden.
"The cat was much bigger than him and could have killed him at any moment but he didn't seem to care.

Apodemus Sylvaticus with Gonads.
Sell your mother-no my granny 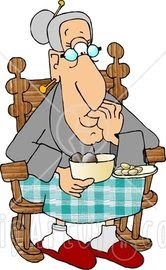 Internet auction site eBay banned a 10-year-old girl's attempts to sell her grandmother claiming it breached regulations on human trafficking.
Zoe Pemberton advertised her grandmother Marion Goodall, 61, of Clacton, Essex, on internet auction site eBay.
The youngster described Mrs Goodall as ''annoying'' but ''cuddly'' in her joke listing.
But eBay bosses removed the advertisement because the site does not allow humans to be bought and sold.
''Obviously we have rules about the selling of people,'' said an eBay spokeswoman.
''We had to take it down but it was quite amusing and there were a number of offers.
''The little girl had described her grandmother as 'annoying' but had gone on to say she liked crosswords and was 'cuddly' and there were quite a few offers.''
The spokeswoman added: ''The advert was obviously light-hearted and had been done with the full knowledge of grandma - we do get these kind of things from time to time.''

So how did a ten year old get an account with eBay then?

Boris does a Queen Vic 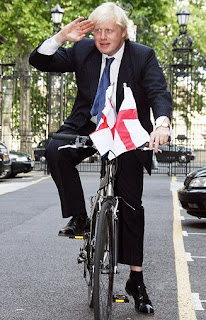 London mayor Boris Johnson pops up in an episode of EastEnders tonight, sharing a pint at the Queen Vic pub with landlady Peggy Mitchell.
The mayor, who is a Daily Telegraph columnist, is the first politician to be honoured with a guest appearance in the popular BBC soap, which regularly pulls eight million viewers – double the average number for the News at Ten.
He is no stranger to television however, having proved to be a popular host on the topical news quiz, Have I Got News For You.
He materialises after the Queen Vic's landlady Peggy Mitchell develops an interest in local politics and spends all morning trying to track him down when he visits Walford, the fictional London borough where the show is set.
He is initially given a dressing down by Ms Mitchell, played by Barbara Windsor, who is angry about the lack of street-cleaners in her area, but the mop-haired classicist's charms eventually win her over.

That’s one to miss then.