Float your boat: Sinking the M5: Septic home: Bercow gets the boot: Flagging Squirrel: and a Budgie smuggler.

A whimsy of sun, a smidge of warm and a tad of breeze at the castle this morn, the garden is in serious need of fettling, there seems to be an outbreak of slugs and snails, and I am doing a bit of remodelling to the grand hall.
I see that the Piss Poor Policies Millionaires Club Coalition 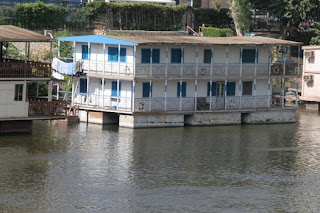 Has come up with a spiffing plan to solve the housing crisis, it wants more people to live on houseboats.
Local authorities will be given financial incentives to allow more residential moorings on rivers, canals and tidal waters, while the public could qualify for housing benefit to cover mooring fees.
About 15,000 people live on boats and ministers want to make the option available to many others amid concern about the cost of getting a foot on the housing ladder and the number of new homes being built.
Grant Shapps, the Housing Minister, said yesterday: "Whilst they will never overtake bricks and mortar in putting a roof over the heads of families, innovative new ways of housing families – such as residential moorings – play an important role in allowing people to live near their place of work, children's school, or family, and where perhaps they would not be able to afford to otherwise." He believed many more people would like to live on boats. With half the population living within five miles of a waterway, he said, the wider public could benefit from a funding injection.
Where houseboat residents pay council tax, communities will be eligible for the "new homes bonus", a £250m-a-year pot of grants to encourage local authorities to provide more housing.
Alan Wildman, chairman of the Residential Boat Owners' Association, said: "Living afloat is arguably the most sustainable, lowest impact way to live."
And if you “live” in a borough where there are no rivers, canals or tidal waters?
Staying with the boat theme 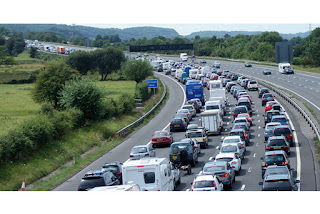 Yesterday at approximately 17.35pm, police received a report of a boat on fire on the M5.
The boat, which was being towed by a Toyota Hilux, was on fire on the hard shoulder of the westbound carriageway at junction 30.
Police units, fire & rescue service and Highways Agency attended. There was a gas cylinder in the boat and both carriageways of the motorway were closed briefly whilst firefighters tackled the blaze and ensured the cylinder posed no risk.
Westbound traffic was heavy at the time of the incident as many people were heading to the South West for the Bank Holiday weekend.
That’s another homeless family then....
Over in the Big Apple 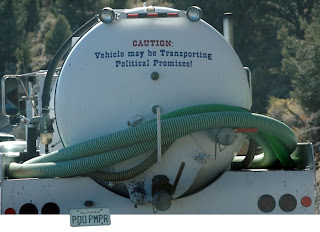 A tanker truck carrying 300 gallons of sewage crashed into the living room of an upstate New York home.
No one was home at the time of the crash. The home, in the small town of Gaines, about 30 miles west of Rochester, was declared uninhabitable. Police were trying to determine what caused the septic tanker truck to veer off the western New York road and slam through the wall of the home before coming to rest in the living room.
Calkins lost control of the truck, which crossed the centre line, hit a stop sign, and continued moving until it crashed through a garage attached to the ranch home and ended up in the living room, according to NBC affiliate WHEC-TV.
Calkins was transported to a Rochester hospital for treatment.
Police say the truck was carrying 200 gallons of fresh water, some of which spilled out, and a separate load of 300 gallons of waste product, which didn't leak.
Flushing hell?
And a bit of good news

Dopey’s missus, that publicity seeking sheet wearing mare has been booted out of Celebrity Big Brother.
Sally Bercow departed the show after failing to garner as many votes as nomination rivals Kerry Katona and Bobby Sabel - though the voting margin was just 1%.
The Speaker's wife said goodbye to her fellow housemates at the foot of the stairs and strode out of the building to a mixture of cheers and boos.
She explained to host Brian Dowling: 'I got really upset when I was nominated. I've got emotions, I'm human, my image isn't as someone who bursts into tears a lot but. I was so upset just because I had to fight quite hard to get here and I just imagined people thinking, "Ha-ha, I told you that you'd be first out". I was embarrassed.'
Who gives a Bulldog’s bollocks?
Back over to the left 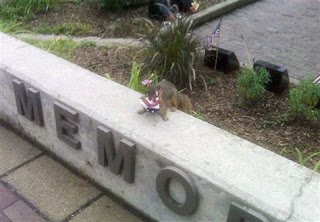 Police in Ohio have discovered that small flags being swiped from a police memorial were being squirreled away.
Two Toledo officers watched on Wednesday as a squirrel quickly snatched a flag off its wooden dowel and ran off with it. Lt. James Brown told The Blade newspaper (http://bit.ly/nBGR5A ) the bushy-tailed critter was too quick to catch.
Later, police noticed a squirrel hanging out on a tree branch outside a third-floor window at their headquarters building. They also spotted a squirrel's nest made of leaves and branches — and at least two of the little flags.
Brown says at least three of the flags have gone missing in recent days.
He's careful to point out he can't prove all were the work of the same squirrel.
Patriotic rodents... 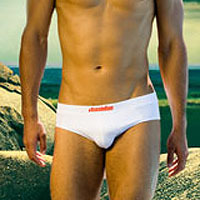 A convicted budgie thief is to be tagged after a court heard he had a "fixation with small creatures".
Dean Wells, 19, admitted stealing three budgerigars from his uncle's house in Elgin, north east Scotland.

He also stole two more from a nearby aviary, where he was caught with the birds in his pockets.


Wells will be electronically tagged for six months after he appeared for sentencing in Elgin Sheriff Court on Thursday.
Flight of fancy?

That’s it: I’m orf to cancel my BT phone line.
And today’s thought: "Most cars on our roads have only one occupant, usually the driver." - Carol Malia, BBC Anchorwoman.
Angus
Posted by Angus Dei at 07:44 3 comments