Pluck a Duck; Poo fags; Too much Time; Pelican Crashing; and Bionic Bum

BF7 during the dark thing, had something to do with the cat waking me up at three to empty her litter tray, I was sooo pleased, I will let her out of the shed in a day or so.

The hatches are battened, the drawbridge is up, the murder holes are covered and the villagers have ensconced themselves in the courtyard to wait out the storms, don’t you love the British weather. 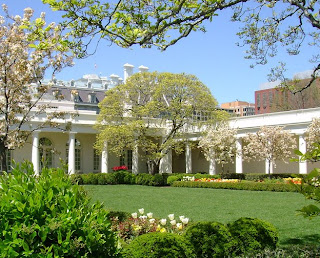 I see that gardeners at a National Trust property in Cambridgeshire are urging people to relieve themselves outdoors to help gardens grow greener.

With the weather expected today I suppose that will make it all wind and piss. 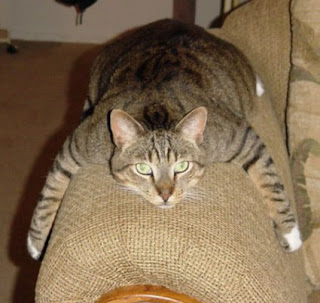 Thatcher is dead; No not ‘That’ Thatcher but a 16 year old tabby in Canada, we can but live in hope. 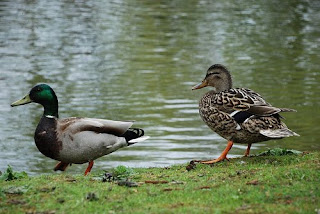 A Birmingham mother has been fined £75 for feeding the ducks at her local park - but her toddler son was allowed to carry on as he's too young to prosecute.

Vanessa Kelly, 26, was accosted by a council warden as she and 17-month-old Harry threw the birds scraps of bread in Smethwick, reports the Daily Telegraph.

She said: "The warden walked towards me and asked me to stop feeding the ducks because of complaints about children slipping over on their way to school on duck mess.

"I said fair enough, but then she started doing a fine. I asked 'what for?' and she said 'littering'.

"Harry was still throwing the bread though and the warden told me he could carry on as he was too young to prosecute. I couldn't believe it.

"I was horrified. It is ridiculous. I take my son to feed to the ducks every week. He loves it. It is for his entertainment and to keep him happy."

Miss Kelly said there are no signs warning people they could be fined for feeding the ducks and vowed: "I do not intend to pay the fine. I am going to fight this to the end."

He said: "We have had so many complaints from across the borough about problems caused by the feeding of pigeons and waterfowl that we decided to create designated feeding areas for birds.

"We have done a lot of educational work to get this message across and we have warned people not to feed pigeons and waterfowl other than in the designated areas."

What they should do is put a notice up to tell the ducks not to crap out of the water. 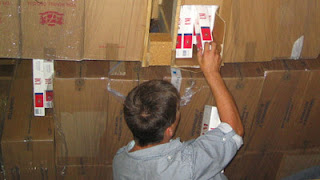 More than £1 million worth of counterfeit cigarettes filled with rabbit droppings instead of tobacco have been confiscated by customs officials in Spain.

The fake cigarettes - due to be sold on the black market as famous brands - were discovered after British holidaymakers in the Canary Islands smelled a rat whenever they lit up.

"They stunk. They smell just as you'd imagine burning poo to smell," said one customs official in Tenerife.

Police and customs staff arrested 12 smugglers in an undercover operation to intercept the cigarettes as they landed on a boat from China.

"They not only smell bad but the toxic chemicals they give off are pure poison," explained a customs official. 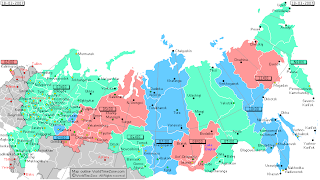 Russia has too many time zones and should consider cutting a few, President Dmitry Medvedev said on Thursday.

From Kalingrad in Europe to Kamchatka in the Far East, the country covers 11 time zones.

"We need to look at the possibility of cutting the number of time zones," Mr Medvedev said in his annual address to the nation, delivered at the Kremlin before an audience of Russia's political elite.

"Of course we need to consider the consequences of such a decision," he added.

"Here we need to compare all the advantages we would get from economising along with the obvious disadvantages," Mr Medvedev said, without elaborating. "I hope specialists will give us objective answers to these questions."

Russia was divided up into 11 time zones in 1919. The Soviet Union introduced daylight saving in 1981 and it has continued ever since.

Mr Medvedev's comments come a month after a regional deputy in the Far Eastern Primorye region - which is seven hours ahead of Moscow - called for the time difference with Moscow to be cut to four hours to ease business links.

Bit out of sync aren’t we Dmitry? 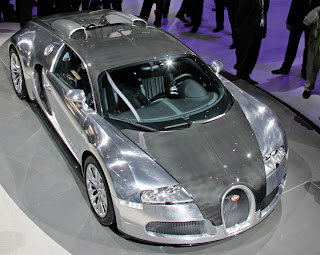 A Texas driver blamed a pelican for making him drive his million-dollar sports car into a pond.

Police said the low-flying bird distracted the man, causing him to veer off a road and drive his French-built Bugatti Veyron into a salt marsh.

Lt. Greg Gilchrist, of the La Marque police, said the man claimed he lost concentration while driving his on Wednesday because the bird swooped into his line of vision. Lt Gilchrist said the driver dropped his phone, reached down to pick it up and strayed into the brackish water in La Marque, about 35 miles south-east of Houston.

Lt Gilchrist did not know whether the car could be salvaged, but said "salt water isn't good for anything".

He said the man, whose identity has not been released, was not injured in the accident.

Never mind that, how is the pelican? 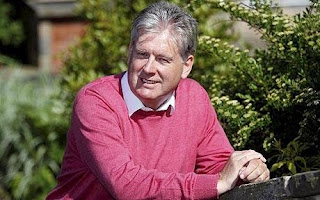 A man whose bowel was damaged in a motorcycle crash has been given a bionic bottom.

Ged Galvin, 55, now presses a remote control to open his bowels and go to the toilet.

The IT project manager from Barnsley, south Yorkshire, almost died when an off-duty police officer pulled out in front of him in her car.

Mr Galvin suffered massive internal injuries and had to be fitted with a colostomy bag until surgeons at the Royal London Hospital could perform the complex operation to rebuild his bottom.

The medical team took a muscle from above his knee, wrapped it around his sphincter, and then attached electrodes to the nerves.

These are now operated by a palm-sized remote control that he carries in his pocket.

“It’s like a chubby little mobile phone,” he said. “You switch it on and off, just like switching on the TV.

“They call me the man with the bionic bottom, but that doesn’t bother me. My gratitude to the surgeons is endless because what they have done is a miracle.”

Mr Galvin, who had previously endured the indignity of carrying a colostomy bag, added: “I thought that in these days of modern medicine surely there was something they could do. They'd mended everything else - why not this? Anything was better than a colostomy bag.

“The operation changed my life and gave me back my pride and confidence. Because of the remote control I can lead a normal life again.”

The father-of-two is resigned to having the muscles in his bionic bottom replaced every five years.

What happens when the battery goes flat?