Not much lack of cold, even less atmospheric movement, quite a lot of drizzly skywater and sod all solar stuff at the Castle this morn, back again for a quickie: the old elbow is a whimsy better, the new painkillers are doing their job, but it has taken a few days to “adjust”, no post tomorrow as I have to go up to the Aldershot centre for Elfs to have a fasting blood test so I want to sleep as late as possible because if I don’t have my morning coffee I can get a bit “touchy”.


The garden is going through a blue period:


There are some Bluebells 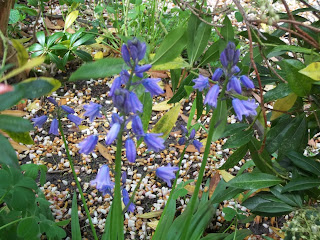 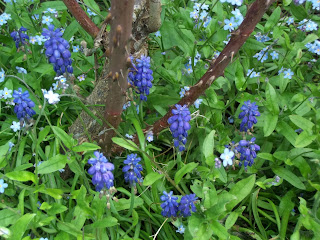 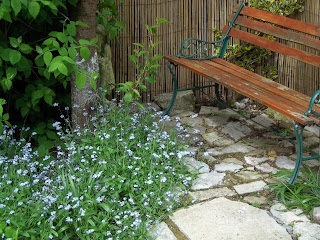 And just to bugger it up some immigrant Pinkbells. 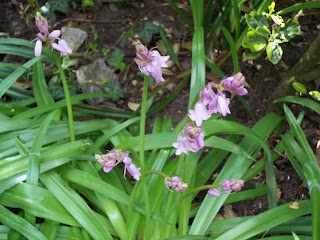 Left to the Shire that isn’t very stiff


To the place that is plain; Wiltshire police have defended using a convoy of patrol cars to escort a community support officer riding a mobility scooter.
Apparently the scooter was being driven to a nearby police station in Salisbury following the arrest of a man on suspicion of theft and assault.
Police decided the easiest way of getting the scooter to the police station was to ask a PCSO to ride it there, escorted by two marked patrol cars.


Does that mean that every mobility scooter has to have a police escort?

Up in the bit next to the leaning tower of Westminster 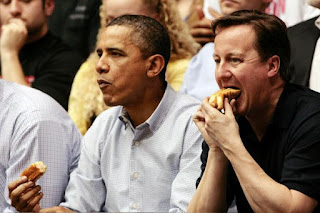 The Millionaires Club Coalition is close to a divorce over the In-Out EU thingy, U-Turn Cam is allegedly going to publish “draft legislation” which would write into law the pledge made by the Prime Minister earlier this year.
Apparently the development, which emerged in Washington last night, came after Bollock Obama effectively backed Dave’s attempts to renegotiate Britain’s relationship with the EU before ordering a referendum.

The president called for the Prime Monster to be given time to “fix” the EU, as he warned that Britain would lose influence if it ever left the single market.


Over the big, cold salty thing on the left


And up a lot; On Friday, an airborne car crashed near Ellison Elementary School in Vernon, B.C., after the parachute it uses to stay afloat collapsed.
The pilot and a passenger were taken to hospital with non-life threatening injuries, the RCMP told Global News.
The Maverick LSA Flying Car was made in the Florida by I-TEC and is certified by the U.S. Federal Aviation Administration.
On its site, I-TEC says the powered parachute's "design has been developed as an easy-to-operate – air, land, and snow craft. It is intuitive and safe to fly, drive and maintain by people in frontier areas of the world enabling them to use this unique vehicle in missions and humanitarian applications."


Back over to Welsh Wales 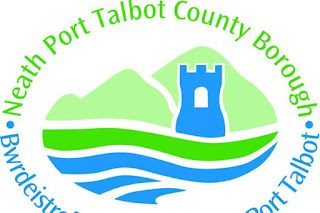 A female council boss has been suspended over allegations she bit the bum of the only male employee within her department.
The man, in his early 20s, bled through his underwear and had to be taken to hospital for a tetanus jab following the alleged incident at Neath Port Talbot County Borough Council, in South Wales.
An internal investigation is now being carried out into the bizarre incident, which is believed to be the culmination of a series of office pranks that spectacularly backfired.
The council has suspended the department manager, who has not been named but is in her 40s, pending the outcome.
Junior female work colleagues, who witnessed the alleged attack, are due to be interviewed.

A council spokesman said: "Following a complaint, we have suspended an employee as a neutral act, as is standard procedure whilst an investigation is carried out. Therefore we are unable to comment any further." 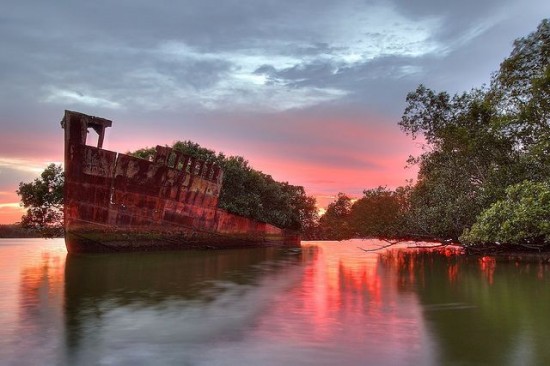 
The SS Ayrfield (originally launched as SS Corrimal), was a collier ship built in England in 1911 and used by the Commonwealth Government during World War II to transport supplies to American troops in the Pacific. It was sold in 1950 and operated as a collier on the sixty-mile run between Newcastle and Sydney, until 1972 when the ship’s registration was cancelled and it was sent to its final resting place, Homebush Bay before the 2000 Olympic Games.


The SS Ayrfield, which locals often refer to as the Floating Forest has a bunch of full-grown mangrove trees growing on it now calling this rusty partly-submerged piece of metal home, creating a new and unique attraction that draws in photographers from all over the world.


Wood you believe that?

That’s it: I’m orf to buy a hard hat-just in case 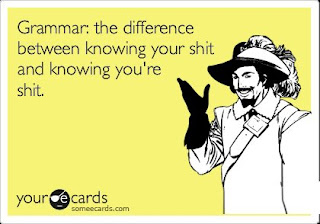