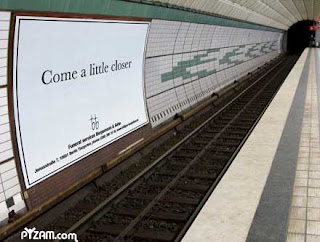 Life’s a bitch, at least for this guy-BBC NEWS

James Brewer thought he was dying from a stroke so to “hedge his bets” with the spirit in the sky he confessed to murdering his neighbour in 1977.

Unfortunately for Mr Brewer he recovered, has been charged with murder and could face the death penalty.

Mr Brewer had reportedly moved to Oklahoma from Tennessee after jumping bail after he was originally arrested and charged with Mr Carroll's murder in 1977. The former factory worker changed his name to Michael Anderson and settled down with his wife, Dorothy, in the town of Shawnee.

After suffering a stroke, Mr Brewer called police to his hospital bedside earlier this month, where he reportedly made the confession.

Detectives said Mr Brewer had admitted killing Mr Carroll, who he believed had been trying to seduce his wife.

Perhaps the “spirit in the sky” was playing a joke on him.

Three singers called Fiona MacKenzie, who come from Lewis in the Western Isles., are to perform on the same night.BBC NEWS Scotland at Eden Court in Inverness next month.


At least the critique will be interesting.

A woman was so angry with her boyfriend Thursday morning that she chased him with her van as he ran from her, then drove through a fence and hit him near Interstate 4, police said.

Leoninas Williams, 37, flew through the vehicle's windshield, but was able to get up and continue to run.


Once in the median, Desaussure beat her boyfriend, deputies said.


"By witness accounts, yes, she chased him across I-4 and started fighting with him in the median against the guardrails," said Deputy James Nunn, of the Volusia County Sheriff's Office.

Investigators said Desaussure became enraged when she learned her boyfriend was allegedly having a sexual relationship with an underage girl. Deputies said 33-year-old Traci Desaussure, armed with a knife, chased her boyfriend across rush hour traffic and into a median.


Any more fares please! A court in the southwestern German city of Karlsruhe has fined a tram driver €1,800 for sending pictures of his genitals to passengers in his train via Bluetooth.

The 31-year-old was convicted on Tuesday of disseminating pornographic materials after his risqué camerawork ended up on the mobile phone of a 20-year-old woman riding in his tram.

She recognised the pattern on the tram seat and floor and alerted the authorities.The train driver admitted he’d snapped pics of his morning glory, but claimed they were meant for his girlfriend.

“At the final station Forchheim there was nobody around,” he told the court.He blamed technical issues with his mobile phone for transmitting the photos via the wireless standard Bluetooth, however, the court discounted his explanation.

Telegraph A Man faced fish - Bred in a pond near Seoul in 2005, this odd looking fish is hybrid of a carp and a leather carp and appears to have a 'human' face.

Take a look at the photo-not sure, looks more like an alien to me.


Pink Dolphin - The world's only pink Bottlenose was discovered in an inland lake in Louisiana, USA.Telegraph , strangly enough there are quite a lot of pink dolphins in the world-Pink Amazonian River Dolphin

WILD gorillas have been snapped apparently drunk and disorderly after overindulging on alcoholic sap from fresh bamboo shoots. The boss of the group, a huge silverback called Kwitonda, and some of the younger males were completely out of it, Rouse told the Mail Online some were running round cackling to each other, others were going mad swinging through the trees, some were just lying on the ground in an inebriated state.

Gorillas in the mist or Gorillas that are pisssed?


"It was when I found out I could make mistakes that I knew I was on to something." Ornette Coleman

NHS-THE OTHER SIDE
Posted by Angus Dei at 08:45 2 comments