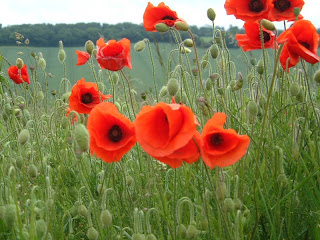 According to the BEEB hospital workers do not communicate with patients, no surprise there then and Ofcom have decided to change the rules regarding “silent calls” to ‘help’ businesses, lovely. And Bodycare has banned workers from wearing poppies; arseholes.


Are those sausages in your trousers, or are you just pleased to see me 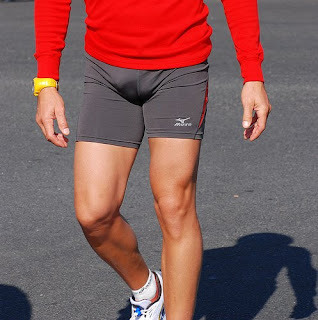 As its Bonfire night I thought bangers should be mentioned.

From the land of sun and Barbies.

A man has been arrested after being spotted stuffing sausages in his shorts in a supermarket aisle.

The 38-year-old man was found in a local supermarket in Cairns, Australia. He had successfully stuffed his shorts with sausages and his pockets with other items and was trying to walk out the door unnoticed.

Unfortunately the supermarket workers noted that something was up and called the police on him.

He was arrested after his trousers were searched and the sausages were confiscated. Managers at the supermarket were keen to communicate to the public that the items had not been returned for sale.

The man appears to have been fairly unlucky as staff at the store are notoriously non-security conscious. In July shoplifters casually pushed trolley-loads of supplies out the door for two days in a row and weren't stopped.

Nobody ever offers to search my trousers in Tesco. 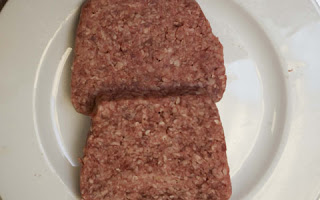 From North of Hadrian’s Wall:

The country's meat industry wants the square sausage to be added to the list of foods with a Protected Geographical Indicator (PGI).
The move would mean it could only be branded 'Made in Scotland' if manufactured to a set recipe.
Parma ham, Arbroath Smokies and Melton Mowbray pies are all products which are currently protected under the PGI.
Douglas Scott, chief executive of Scotland's Craft Butchers, said: "The Lorne Sausage is as Scottish a product as you get and it would seem a threat in this global era if we weren't to apply for a PGI.
"Lorne is an important part of every Scottish butcher’s sausage trade with customers sometimes travelling many miles to source their favourite.
"We will work on the application and hope to get the backing of Quality Meat Scotland and the Scottish Government in taking the square slice to Brussels.”
The origins of the Lorne Sausage are unclear; however it's believed that it was named after Glasgow comedian Tommy Lorne.
The theatre performer, who died in 1935, was famous for his catchphrase "sausages are the boys".
Others claim it takes its name from the area of the Firth of Lorne on the west coast

Square sausage, now that you could hide in your trousers. 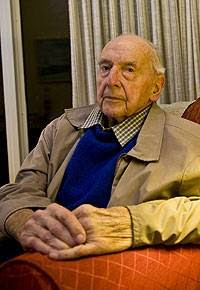 AN 87-YEAR-OLD disabled grandfather today told how he has been burgled around a dozen times in the last three years by the same thief.

Renowned zoologist Murdoch Mitchison, who lives near Ormiston in East Lothian, said he has been targeted up to 12 times since 2006 and police believe the same burglar could be behind all the raids.
The widower said a total of £1,000, several bottles of whisky, a mobile phone, electric screwdrivers and two computers have been stolen over the years.
The most recent theft took place on Sunday, when Mr Mitchison's computer was stolen from his bungalow, where he lives alone. The pensioner's keyboard and monitor were left behind.
Mr Mitchison, a father-of-four, said: "My cleaning lady told me that the computer was missing at about nine o'clock on Sunday morning, and I thought 'not again'. I don't know how the thief gets in.

The grandfather-of-14, whose father Dick was a former Labour MP and peer and mother Naomi a renowned writer, said: "I have never caught the thief before.
"My doors are always locked now, and we have changed the locks on a couple of occasions."
A police spokesman said: "We are aware of several house- breakings that have occurred at Mr Mitchison's property over the last few years, and on each occasion a thorough and detailed investigation has been carried out.
"During this time our officers have also been in regular contact with Mr Mitchison and his family, and the appropriate security advice has been offered as to how the property can be protected.


Whose funeral is this 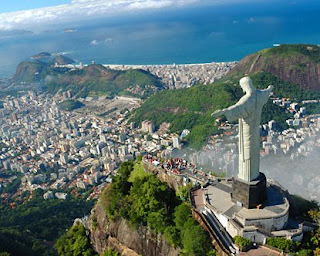 From the southern part of over the pond:

A Brazilian bricklayer reportedly killed in a car crash shocked his mourning family by showing up alive at his funeral.

Relatives of Ademir Jorge Goncalves, 59, had identified him as the victim of a Sunday night car crash in Parana state in southern Brazil, police said.

As is customary in Brazil, the funeral was held the following day, which happened to be the holiday of Finados, when Brazilians visit cemeteries to honour the dead.

What family members didn’t know was that Goncalves had spent the night at a truck stop talking with friends over drinks of a sugarcane liquor known as cachaca, his niece Rosa Sampaio told the O Globo newspaper. He did not get word about his own funeral until it was already happening Monday morning.

A police spokesman in the town of Santo Antonio da Platina said Goncalves rushed to the funeral to let family members know he was not dead.

“The corpse was badly disfigured, but dressed in similar clothing,” said the police spokesman, who talked on condition of anonymity as he wasn’t authorized to discuss the case. “People are afraid to look for very long when they identify bodies, and I think that is what happened in this case.”

Sampaio told O Globo that some family members were not sure the body was Goncalves.

“My two uncles and I had doubts about the identification,” she told O Globo. “But an aunt and four of his friends identified the body, so what were we to do? We went ahead with the funeral.”


The police spokesman confirmed there were doubts: “His mom looked at the body in the casket and thought something was strange. She looked and looked and couldn’t believe it was her son,” Sampaio said. “Before long, the walking dead appeared at the funeral. It was a relief.”
The body was correctly identified later Monday, the police spokesman said, and has already been buried in another state. He declined to release the actual victim’s name. 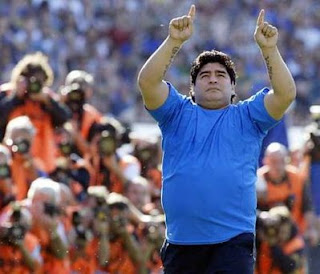 From East a lot:

McDonald's will provide 25 million baht (452,000 pound) for the Football Association of Thailand (FAT) and will offer five million baht in products in exchange for shirt sponsorship for the next three years, starting this month.

"This will be a great help towards our efforts to reach the 2014 World Cup finals," FAT president Worawi Makudi told Reuters.


"This funding will help develop our game, especially youth football, and all the players, junior and senior, will get to enjoy the food too," he added.

Thailand's national team, which is currently 110th in the FIFA rankings, signed a five-year kit sponsorship deal with U.S. sports giant Nike in 2007 for an undisclosed figure.

The team has never qualified for the World Cup finals and is now being coached by former England and Manchester United captain Bryan Robson.

Who has always been known for his svelte figure.