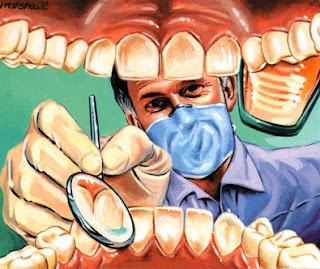 I don’t feel too great today, had root canal torture done on a front tooth yesterday and my fizzog feels as if I have been hit by a cricket bat; so excuse any cocks ups and lack of humour.
But the weather is nice, although the low sun is a bit of a pain when driving as I found out having just returned from the smash and grab, sunglasses are useful. 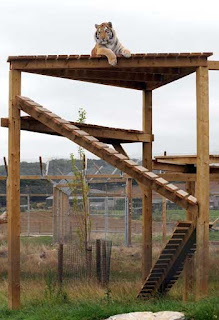 Poor young Tanvir a Bengal tiger is still up his “climbing frame” after two days.
Spokeswoman Samantha Cordrey of Spokeswoman Samantha Cordrey said “He's quite a mischievous little tiger and yesterday he went up his enrichment tower for the first time.
"There's a smaller tower, of about 5ft, and even that took him half an hour to get down from, so he's a bit of a scaredy cat”.

Bless.
Spotted dick back on the menu 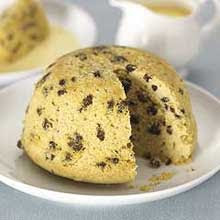 This is a follow up to Custard creams curse, council dick, the road to prosperity, Parkour off and the Wednesday Numpty, Flintshire council have backed down over the spotted dick controversy following a barrage of complaints from across the country.

A victory for common sense, and spotted dick of course.

From across the pond and North a bit:- HALIFAX — Maritime lobster fishermen in need of financial help got a lift of another kind Tuesday when they were directed to a toll-free number that was supposed to detail an aid package but connected them to a lusty sex line instead.
One of the several toll-free information numbers released by Fisheries Minister Gail Shea hooks callers up to a sex line that offers fishermen nary a detail on the lobster stimulus package.
“Hey there hot stuff, I’ve been waiting for your call,” a breathless female voice proffers.
“Are you ready for some tantalizing fun?”
The phone message confounded some fishermen in the region, who have been pressing Ottawa to provide financial support after a dismal season at sea.
“That’s supposed to be the line the information’s on?” said Ken Drake of the P.E.I. Fisherman’s Association.
“It don’t sound very good.”
The hotline — one of five for Atlantic Canada and Quebec — is supposed to offer details about a short-term assistance program for lobster fishermen Shea announced this summer.
Scott Cantin, a Fisheries spokesman, said the error occurred when two digits in the phone number were somehow transcribed improperly on the news release and the department’s website.
The number was mistakenly sent out where, with a credit card, callers can be linked to “nasty girls” offering “the hottest action.”
“We’re not exactly sure where the error occurred, but we know it was just a typo and we regret it and we corrected it immediately,” Cantin said from Ottawa.
Cantin said the incorrect number was taken down from the department’s website within 35 minutes but a revised news release was not issued.
He said he didn’t know how many people had called it before the correction was made, but added that the department hadn’t received any complaints. 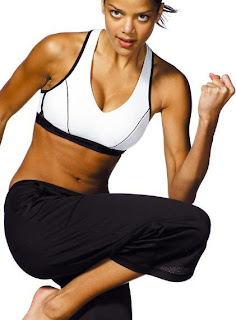 A female soldiers' rights group in Sweden is in a bust-up with top brass over bras that come undone too easily.
The Swedish Conscript Council has told the county's military leaders the bras are useless in combat because of weak catches.
They also claim a lack of fireproofing means the bras can even catch fire and melt into the skin of a female soldier.
"When women perform vigorous exercise their bras come undone so they have to stop and undo all their kit to clip them back together," said council spokeswoman Paulina Rehbinder. "There should be suitable apparel for women. Currently the bras are completely inappropriate."
And she added that military top brass were aware of the problem but were not doing enough about it.
"It has not been a priority for the higher ups because women make up only around five per cent of the Swedish armed forces," she said.

And finally:
Hanging out 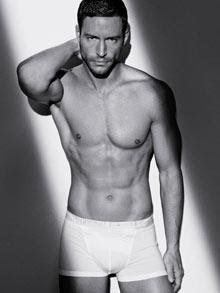 Staying on the underwear theme:-lads you can now get left-handed pants, yes after hundreds of years they are available, Hom, the company behind the pants, claim the underwear will "save left handed men up to three, often vital, seconds when visiting the loo", potentially helping a raft of left-handed men, from American presidents George Bush, Bill Clinton and Barack Obama to Uri Geller and Paul McCartney.
Rob Faucherand, the head of men’s accessories buying at Debenhams, the department store that is stocking the pants, said: “In our view this is a vital step toward equality for left handed men.
“We see no reason why an accident of birth should dictate the type of underpants you can wear for the rest of your life.”
The Hom underwear has an opening slit made horizontally underneath the waistband. Mr Faucherand said: “Switching the opening from vertical to horizontal may sound like a small step, but it’s the major breakthrough that many have been waiting for.”
The Hom H1 Original Maxi Trunk is £22, while the Hipster version is £16.

Quicker to pull the top down, and cheaper.