Not bad at the Castle this morn, sunny, coldish and calm, my day trip to friends in Cheltenham turned into a weekend away, which then became a three day break, I arrived home late last night and his Majesty was so pleased to see me that he went straight for the left ankle.
The garden is looking even rosier- 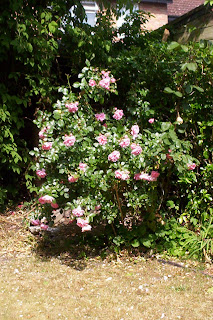 Even if the lawn does look like coconut matting.
And I am thinking of starting a “lottery Site” for cars, it will work like this-you tell me what car you want and give me your credit/debit card number, I make you wait a couple of months then I take money out of your account, then you wait another two weeks, then I tell which car you will get.
Got to be a winner-well it “works” for the Olympics…. 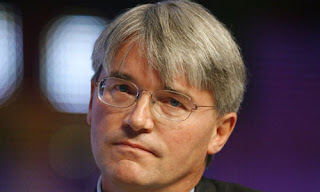 According to Andrew Mitchell the “development Secretary” we Brits will love being an “Aid Superpower”.
Mr Mitchell conceded that a growing aid budget was hard to sell to voters in tough economic circumstances, but insisted that the Government’s decisions will ultimately prove popular.
With the Department of Health, the Department for International Development is one of only two Whitehall departments whose budgets are growing over the current four-year spending round.
Overall aid spending will rise from £7.8 billion this year to £11.5 billion under a Coalition pledge to provide real increases in development funding, a real-terms increase of 34 per cent.
He don’t know us very well do he…
And U-Turn Cam has made five “guarantees” about our poor old battered NHS. 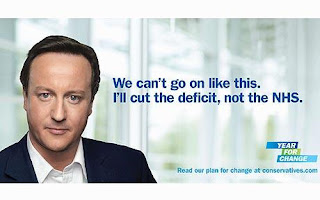 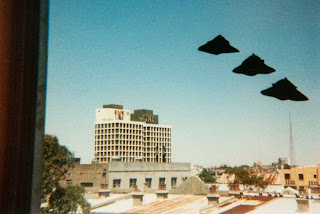 It seems that the Aussie UFO files have gone walkabout.
Fairfax sought access to the Australian version. But the response was more surprising than what the files might have contained - the material has largely gone missing.
The department spent two months searching its offices for files that would be captured by the Herald's FOI application, which sought a ''schedule of records held by the Department of Defence … which relate to unidentified flying objects''.
But in late May, the department's FOI assistant director, Natalie Carpenter, delivered a reply that seemed almost designed to set online chat rooms alight with conspiracy chatter.
The only file Defence was able to locate was titled ''Report on UFOs/Strange Occurrences and Phenomena in Woomera''; the others had been destroyed.
Photoshop that ain’t.
Left oodles of non metric units to the ex colonies 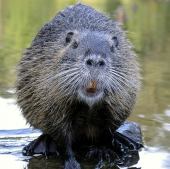 Game wardens remained stumped about a spate of "truly bizarre" rabid beaver attacks in and around Philadelphia.
Three people were bitten by a beaver last week in Pennypack Park in the city's north-eastern region before the animal was killed and officials determined it had rabies.
A married couple was fishing on Wednesday when the large beaver bit the woman's leg, then turned on her husband and bit him in both arms and on his chest, the Pennsylvania Game Commission said.
On Thursday, a child was bitten in the same park. A short time later, a park ranger located the beaver nearby.
That animal was killed and tested positive for rabies at a Health Department lab. Game wardens are looking through the park for other beavers that could be infected.
Park officials were baffled by the location of the attacks and the fact that the mammal was a beaver -- not a raccoon or skunk.
It’s been many years since I even got near a Beaver, let alone got bitten by one…..
East about the same number of thingies 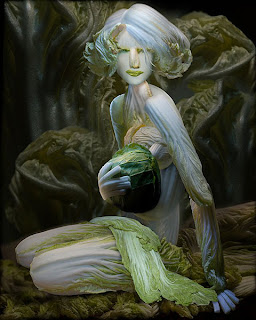 Ju Duoqi stocks up on cabbages in the Beijing vegetable market and then transforms the humble vegetables into works of art depicting beautiful women -- that sometimes leave very little to the imagination.
The 38-year-old said she started using cabbages in her work five years ago when she was looking for a way to bring her art together with everyday life.

"Cabbages come in different sizes and colours. Under different light and in different contexts, I can make cabbages into various forms and take photos of them that produce different moods," Ju said.

She often spends hours in the market picking out cabbages that reflect the curves of a woman's body, or that can be cut to make limbs or other accessories, using a combination of round cabbage and longer, slim "celery" cabbage.

Back in her studio on Beijing's outskirts, Ju uses toothpicks and knives to reshape the cabbage leaves to represent different parts of the body -- carving tiny hands, say, or using individual leaves for effect.

She then uses a combination of whole cabbages and leaves to form sculptures. Different stages of decomposition -- fresh, rotten or dry -- create different effects.

Once done, Ju photographs the cabbage woman as she reclines on her worktable, and then reconstructs her, piece by piece, using editing software.
Ju's cabbage beauties series has been shown in Beijing, London, Paris, Los Angeles and Miami. The limited edition prints sell for 2,000 to 3,000 Euros ($2,900-$4,300).
No wonder veg is so expensive.
And finally: 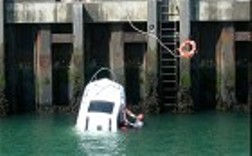 When Mark Wilkinson took his new 16ft boat out for its maiden voyage, it lived up to its namesake, and sank.

Mr Wilkinson was left floundering as the vessel sprang a leak and began taking on water before disappearing beneath the waves.

Holidaymakers looked on while Mr Wilkinson, from Birmingham, was pulled out of the sea by the local harbour master.

Titanic II was was later towed out of West Bay harbour in Dorset.

Mr Wilkinson, aged in his 40s, said afterwards: "If it wasn't for the harbour master I would have gone down with the Titanic.

"It's all a bit embarrassing and I got pretty fed up with people asking me if I had hit an iceberg."

That’s it: I’m orf to build a warp core.
And today’s thought: It is a sin to believe evil of others, but it is seldom a mistake.