U-Turn Cam on the NHS-again: let’s talk about the EU: Top Tomato: Bunny hop: Camero comes home: and the price of petrol.

Same again at the Castle this morn-sunny, cold and a bit windy, the kitchen is devoid of any fluffy computers and the garden needs fettling.
There is a new resident at the Castle, a nice young chap in need of a warm, comfortable, safe home, but as there weren’t any available he ended up here.
He is well mannered, quiet, tidy and eats what is put in front of him, his name is Oliver and he looks like this. 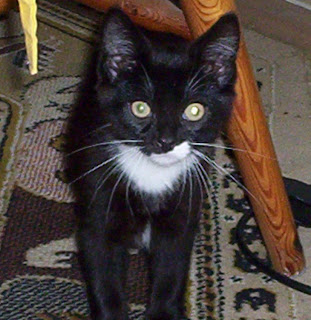 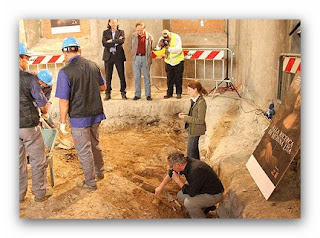 I see that the Grave robbers have apparently found Lisa Gherardini Del Giocondo, the “model” for the Mona Lisa.
The crypt was found under the floor of the St Ursula convent in Florence after a foot of modern concrete was removed and unearthed a layer of ancient, 35 inch wide bricks.
Professor Vinceti yesterday said: "We are roughly where the altar stood and we have found not one crypt but two, one is older than the other and we believe that one of them is that of Lisa Gherardini.
"We are still a long way to go and we will have to work several more days before we actually reach the tomb and open it to recover the bones.
Leave the poor bloody woman alone.
U-turn Cam is at it again over the NHS 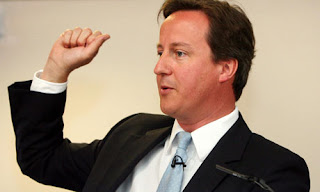 Allegedly he is to come out fighting over the NHS and insist that controversial health reforms will go ahead.
In a major speech on Monday, Dave the lad will say that the health service must change if it is to improve and avoid a future dogged by a succession of crises.
The address, in West London, will open up a major dividing line between the Conservatives and their Liberal Democrat coalition partners over the future of public services. Last weekend Nick Clegg, the Deputy Prime Minister, vowed to block NHS reforms unless they were substantially changed.
Wonder what Kick Me Nick’s chances are?
And apparently “We” want to talk about the EU 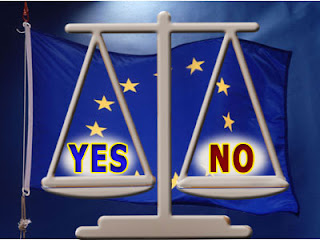 According to the Torygraph the voters want a debate on Europe's influence, and the Government should let them have it.
Don’t bother talking; just get us out……
Who’s been Google-ing Tomatoes? 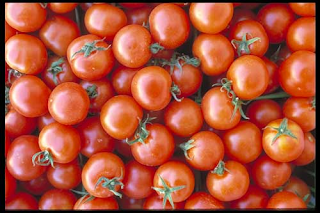 The tomato is the UK's most Googled fruit, according to new research.
People are twice as likely to Google tomatoes as apples, which is the second most common searched-for fruit.
The review, by the World Cancer Research Fund (WCRF), found Google lists 53.6 million web pages mentioning tomatoes. Bananas and peaches are in joint third place on the Google search, followed by oranges.
Fascinating…..
Over to Austria 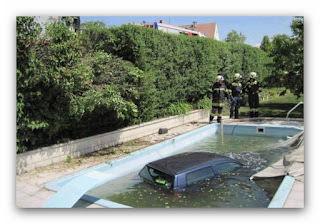 A driver who swerved to avoid a rabbit in the road made a splash landing when she sailed through a garden hedge into a swimming pool.
Martina Boller, 42, told police in Grafenwoerth, Austria, she'd braked and steered suddenly when she realised the bewildered bunny wasn't going to move.
One fire fighter said: 'She managed to land exactly in the pool which would have been quite a stunt if she'd meant to do it.
'Apart from being very wet and very embarrassed the driver was not hurt.'
The bunny escaped without getting wet.
Across to the US of A 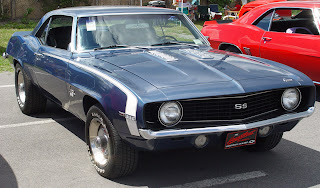 A classic muscle car stolen from New Jersey's largest city nearly 36 years ago has been recovered on the other side of the country.
A Santa Maria, Calif., man bought the 1969 Chevy Camero SS from a seller on eBay in February. But Keith Williams tells KSBY-TV he contacted the California Highway Patrol after certain features of the car didn't match the model.
Police discovered the vehicle was stolen from Newark, N.J., on July 8, 1975.
The original owner, Janice Maffucci, told the TV station the car was stolen from the post office where her father worked. She can't believe the vehicle was recovered.
Maffucci says she plans to sell the car.
Police are tracing the registration in hopes of finding the thief.
Here’s an idea; why not give it back to the man who last bought it-I presume Ms Maffucci claimed on her insurance.
And finally:
Want cheap petrol? 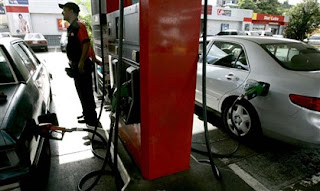