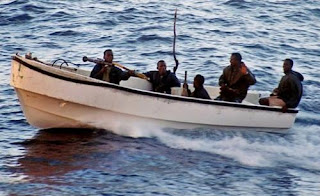 Bribble factor 5 last dark bit, fell asleep on the sofa watching the TV and was awakened by some Numpty neighbour who decided that it was November 5th and let off a thermo nuclear bomb in his back garden.

Tonight of course is All Hallows Eve, not my thing, so the Castle drawbridge will be raised and the boiling oil is heating up nicely, my version of trick or treat.

The Gov is refusing to pay the $4.2 million ransom for Paul and Rachel Chandler, I can see the point in that but if we can send thousands of troops into countries to “help” their governments, why can’t we (and the US) send a troop of SAS into Somalia to rescue them and dispose of these dangerous, turnips that are causing mayhem?

The Gov has decided that Patients forced to wait 18 weeks for treatment on the NHS will be given a new legal right to receive it from the private sector.

According to The Times, the move - agreed by the Cabinet earlier this week - will be rushed into law before the next general election, which is expected next spring.

It will be coupled with a further legal right for cancer patients to receive private treatment if they have not been seen by an NHS specialist within two weeks of referral.

The moves will be unveiled in next month's Queen's Speech, the last of the Parliament, and will see Labour take the fight to the Tories on public service "entitlements" ahead of the election.

The plans are hoped to prevent waiting lists increasing again as NHS budgets are curbed in future years.

So what will happen is that those patients that fall into the “overdue” category will go to private hospitals and be treated by the same consultants that would have treated them in an NHS hospital, but at twice the cost to the NHS.

And the reason for them having to wait so long is probably because the consultants that should have treated them in an NHS hospital couldn’t because they were working in a private hospital.

Win-Win for the consultants, Lose-Lose for the NHS and the patients.

Now for the ‘Snippets’ 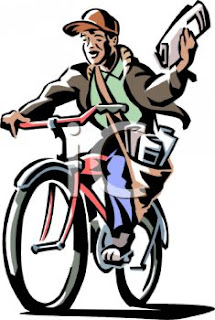 A 13-year-old boy has received a letter telling him that he has been made redundant - from his £6.93p a week paper round.

The official letter reminded Kane Middleton, of Clophill, Beds, of his rights and outlined his redundancy package, reports The Sun.

It told him he was entitled to "one week's pay in lieu of notice which equates to £6.93 (subject to tax and NI)".

Letterboxdirect, which hired Kane to deliver 100 newspapers in his village, said it had "fully assessed opportunities for redeployment within the company" but none were available.

The firm softened the blow by stressing: "Please be assured that this decision was nothing to do with the standard of your work - it was purely based on marketing data."

Kane started delivering the Bedfordshire Times and Citizen just two months ago so he could save money to buy pet hamster Splodge.

He said: "I felt winded when I saw the letter. I know the job market is tough out there but I want to work. I don't want handouts.

"All that's available for me now is car-washing and mowing lawns. Maybe dog-walking if I'm lucky."

Kane's dad Peter, 53, said: "It's disappointing for him. It's his first job and he has already been laid off. He saved for weeks to buy Splodge. Now he is worried about being able to afford the pet." 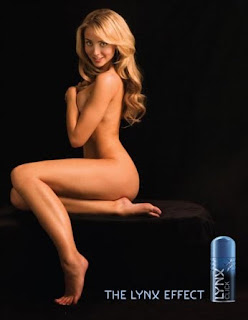 A luckless Indian Romeo is suing Lynx after he failed to land a single girlfriend during seven years of using their products.

Vaibhav Bedi, 26, is seeking £26,000 from parent company Unilever for the "depression and psychological damage" caused by the lack of any Lynx effect.

Lynx - marketed as Axe in India - is famous for its saucy ads showing barely clothed women throwing themselves at men.

But Bedi says in his court petition: "The company cheated me because in its advertisements, it says women will be attracted to you if you use Axe.

"I used it for seven years but no girl came to me."

When contacted Unilever declined to comment on the case.

But India's leading compensation litigator Ram Jethmalani warned: "There is no data to substantiate the supposition that unattractive and unintelligent men don't attract women.

"In fact some of the best looking women have been known to marry and date absolutely ghoulish guys. I'd suggest that the company settles this issue out of court."


I’d suggest that Mr Bedi gets a grip on reality. 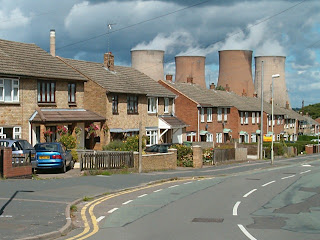 Geoffrey Martin, A councillor who paid £2,500 to fill in potholes on a Staffordshire car park access road has been told he could face legal action for carrying out the work.

Mr Martin, 65, a retired haulage contractor, became annoyed by the state of the road after the work was held up by a three-year dispute between the Earl of Lichfield and two councils.

So he paid for the work to fill in the nine holes which he said were posing a danger to pedestrians and vehicles on the access road in Rugeley, Staffs, which serves as access to a public car park run by Cannock Chase council.

Mr Martin, a Conservative councillor, said: "It was making health and safety a complete mockery. I had a lot of complaints from people and I pursued it and pursued it.

"But it got to the point where my family and I decided it had gone on too long and it just had to be sorted out. The safety of the people of Rugeley is much more important to me than money.

Mr Martin claimed there was "endless buck-passing" as the road was owned by Lord Lichfield's estate and for that reason Staffordshire County Council's highways department, which has responsibility for public roads, was unable to carry out the repairs.

He believed Lord Lichfield had given the road to the people of Rugeley as a gesture and therefore it was the responsibility of Cannock Chase council to maintain it, as it had taken revenue from the car park. 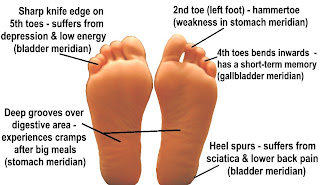 A severed foot has washed up on the shores of Canada's Pacific coast, in the eighth such incident in two years, police said on Thursday.

The foot, in a size 8.5 white Nike running shoe, was discovered on Tuesday by two men walking on a beach in a suburb of Vancouver, the Royal Canadian Mounted Police said in a statement.

The British Columbia coroners' office is conducting a forensic autopsy and other tests to try to match it to missing persons, police said.

Seven feet were previously found along the rugged coast of British Columbia province and the neighbouring US state of Washington, including one later determined to have belonged to a missing man who was depressed. The other feet discovered include a female pair, a male pair and a male right foot.

DNA testing has not yet determined the identities of the others, said police.

Scientists say the feet could have drifted dozens or thousands of miles because human body parts can remain intact in water for years when protected by shoes or sturdy clothing.

"There has been no evidence to date to support foul play in relation to these discoveries and it appears that all remains separated from the body, disarticulated, through a natural process," police said.

Any ‘body’ want a pair of Nikes? 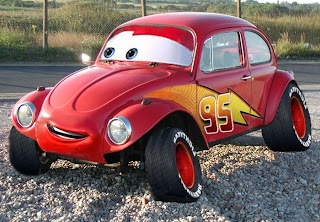 As it’s the last F1 GP this weekend, and to celebrate Jenson’s world championship here is a selection of the worst car ads over the last 40 years, even if you don’t watch them all have a look at the Celine Dion one and the Rover metro one, really cringing.

I’m off to stir the oil.