Hijack a plane?-there’s an app for that: C-U Irn Bru: Soup of the day: Lambo Law: and Scottish polish.

More than enough skywater, nearly enough lack of cold, overdone atmospheric movement and bugger all solar stuff at the Castle this morn, I was rudely awakened at 3.05 of the am by the sound of wet stuff hitting the windows, or in other words it chucked it dahn until 5 of the am by which time I decided that it was time to rise and moan.


And it seems that today isn’t going to get much better. 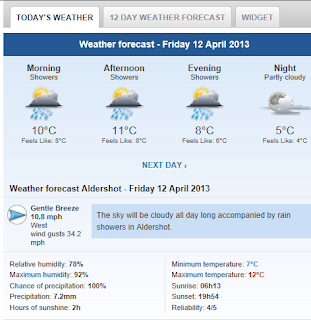 East a whimsy to the land of the Luftwaffe 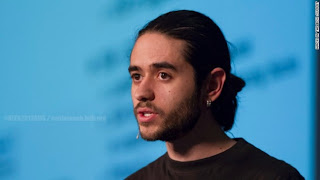 A 30 year old tosspot called Hugh Teso reckons that he was able to exploit gaps in an aeroplane's data system and take it over with a few presses of a button.
Addressing the Hack in the Box conference in Amsterdam, Mr Teso said he developed an app for Android called PlaneSploit that could interfere with a plane's flight management systems.
Using a flight simulator he said he could make the plane "dance to his tune" and demonstrated how he was able to control everything from its air conditioning to its navigational systems.
The app itself appears as an animated cockpit complete with buttons to direct the aircraft to a specific location or send it crashing to the ground.
One function would make lights flash inside the cockpit, giving a terrified pilot the impression that the aircraft's systems were failing.
The hacking would only work if the aircraft was set to autopilot and could be over ridden by a pilot manually retaking control of the plane, Mr Teso said.
The US Federal Aviation Authority (FAA) said it did not believe Mr Teso's claim to be able to take over an aircraft.

Norf of the Border

A new advert for Irn Bru - under investigation over claims that it's anti-English - is becoming a smash hit online.
The ad, entitled New Fella, shows a Scottish dad drinking Irn-Bru to keep his temper in check as he meets his daughter's new English boyfriend, reports The Scotsman.
The father struggles to keep his cool as he chats with the lad who wears an England shirt and has a bulldog called Wembley which breaks wind on a Saltire rug.
So far, the 40-second clip has attracted nearly 70 complaints to advertising watchdogs - and more than 1.1million views on YouTube.
Irn Bru maker AG Barr's Facebook page was inundated with complaints about the advert, including one from Peter Menzies, who said: "It's too stereotypical that all Scots hate the English."
Craig Russell added: "When did racism become funny? Bru ads can be much wittier than this stereotypical trash."
A spokesman for Irn-Bru said: "We've not set out to cause offence. Our ads are known for their cheeky sense of humour."
An ASA spokesman confirmed the complaints were being assessed. 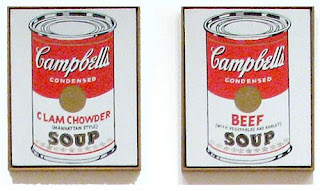 Eusebio Diaz Acosta was arrested and charged with stealing a tractor trailer loaded with $75,000 worth of Campbell’s soup bound for a Publix grocery store from a truck stop in Central Florida.


The police were able to track the truck and its cargo via the truck’s GPS system, and pulled over the stolen rig on the Florida Turnpike. That’s when Acosta, 51, was arrested and charged with two counts of grand theft — one each for the tractor trailer and the cargo, according to the Sun Sentinel.


Wonder if he had a tin opener…. 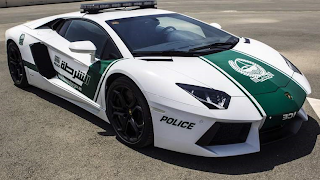 Dubai's police force has unveiled its latest patrol car - a specially modified, quarter-of-a-million pound Lamborghini Aventador, capable of speeds up to 217mph.
In Dubai, where petrol is cheaper than drinking water, authorities face significant challenges to curb road accidents caused by speeding.
Last year, official figures put road deaths at 122, with 2,161 injuries, many of which occurred on the emirate's notorious Sheikh Zayed highway.
Around 15% of traffic fines issued in Dubai every day are for driving at speeds in excess of 130mph, police figures released in March showed.
Last year, Dubai police announced they had issued 67,000 traffic fines in one month alone, 2,000 of which were for reversing on motorways.


Good luck with that, think I’ll stick to the Honda.


Norf of the border again 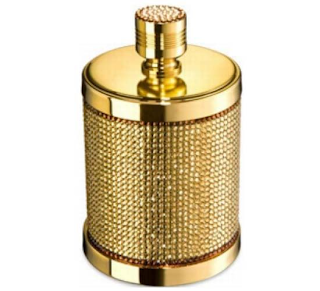 Scottish company Mitchell & King has launched a limited edition car wax in honour of the ultimate luxury lifestyle car race – the goldRush Rally.
The GRV car wax boasts a gold shimmer and will apparently protect the vehicle for up to 4 months.
The container is milled from the finest grade Titanium, coated with 24ct Gold and encrusted with Swarovski crystals and 10 x 0.5-carat, F Colour, VS2, brilliant round cut diamonds and includes 2 24-carat gold rings, as well as the application of GRV wax by a Mitchell & King approved detailer. Oh, and the wax will be delivered personally by the company’s director. 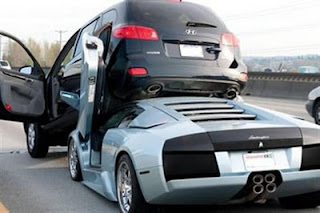