You don’t always get what you want 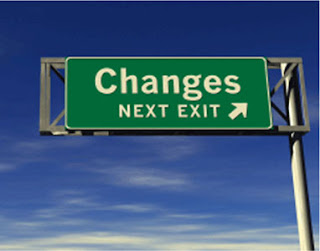 But you get what you deserve.

Turnout for the European elections was 43% two BNP-EMPs were elected in Yorkshire, and Labour came third behind UKIP who gained 17.4% of the vote.

Serves us right, the EU vomits 75% of our laws from Brussels, and we can’t be bothered to get off or arses and vote, the fringe parties have taken a larger hold, the far left and the far right have taken seats and we have what we deserve, for the next FIVE Years.

Labour is not going to call an election, Gordon Brown is not going to resign, and the backbenchers don’t have the intestinal fortitude to call for a vote of confidence in the PM, or put up a candidate for his job.

Enjoy the next half decade.


Health news: BBC NEWS an emergency patient died after a paramedic allegedly diverted an ambulance because his shift had ended.

An investigation is under way after the incident in Stockton, Teesside, on 18 May, in which a 69-year-old man died.

Instead of taking the stroke victim to Stockton's North Tees Hospital, a paramedic drove to the town's ambulance station.

A North East Ambulance Service Trust (NEAS) spokesman said a paramedic and a technician had been suspended.

The 3.3 mile (5.3 km) journey from the patient's house to the hospital should have taken less than 10 minutes.

But the delay meant he was not admitted to hospital until 30 minutes after the 999 call was made.


Blind justice Blind man wrongly arrested for motoring offences - Telegraph George Day - who lost his sight aged seven - was seized by police who thought he had committed a string of offences behind the wheel.
Despite telling police of his disability, he was ordered to appear before magistrates to prove his innocence.
"I spoke to officers on the phone and told them I can't drive because I am blind but they said they would have to pick me up the following day to take me to court," he said. "It was obvious someone has used my name and address.s I was annoyed that somebody had taken advantage and used my details."
Police said Mr Day, who works as switchboard operator at City College, Birmingham and a broadcaster for Aston FM radio station, had committed a driving offence on November 3 last year. They also claimed a fine that had been issued in his name remained outstanding.
He was ordered to attend magistrates court on Friday to make a statutory declaration that officers had got the wrong man.
He had to find a solicitor, take time off work and make his own way back home from the hearing.
"When I got there they said I should be put in a cell because there was a warrant for my arrest and that's what would usually happen," he said.
"Fortunately, the warrant officer realised that would be unfair and allowed me to wait with my solicitor. During the hearing I explained that it wasn't me who had committed the offences and that someone had obviously used my details.
"I had to sign a declaration to say I knew nothing about it.
"The court said that should be the end of the matter, but I didn't get an apology."

Talking of arseholes-from the Telegraph Mr Blunkett, who is registered blind, was out walking on Saturday in the Derbyshire Peak District with his guide dog Sadie and 26-year-old son Andrew when the incident unfolded. A herd of cows became enraged by the presence of labrador Sadie and charged towards the two men.
Mr Blunkett was knocked to the ground by one of the animals. He said it was a "miracle" that he wasn't killed
.
"I let go of Sadie and she shot off," he said. "The next thing I knew, I'd stumbled to the ground and the animal fell over too.
"She hit my side and broke my rib. Had her full weight of around a ton hit me, I'd have been a gonner.
"I know the public are furious with politicians, but I didn't realise that anger has spread to Britain's cow population too.
"A few more inches and Labour would have been facing another unwelcome by-election in my Sheffield constituency."

Couple of points: you should never, ever take a dog where there are cattle and, who says a by-election would be unwelcome in Sheffield?

Talking of arseholes 2:- An American tourist is lucky to be alive after he survived for two and a half hours clinging to the outside of a train as it travelled through the Australian outback at speeds of up to 70mph.

Chad Vance, 19, jumped on to The Ghan, which travels from Adelaide to Darwin, as it was pulling out of the station in Port Augusta. He had hopped off the train to stretch his legs while it was stopped, but panicked when he saw it moving off.
While the train was moving slowly he managed to climb on and squeeze himself into a small stairwell, but as it gathered speed and as night fell he realised his hasty decision could be fatal.
Mr Vance, a student from Alaska, clung on to the speeding train for two hours and 20 minutes before Marty Wells, a Ghan crew member, heard his desperate cries for help and brought the train to an emergency stop.
"He was also shaking uncontrollably for several hours and complained of numbness to the left side of his body and arms and said his face was also stinging," Mr Wells said. "I've never seen anything like this before and I sure hope I don't ever see it happen again."
It was the bit between his ears that was numb.

They say his new role as an "enterprise tsar" for the government is "completely incompatible" with BBC rules.

Sir Alan, who will also be made a lord, denied he was joining the government.
"As far as I'm concerned, this is politically neutral. All I want to do is to try and help businesses and enterprise," he told the BBC.

This seems to be an unwanted trend by Gord, bringing “advisors” in to the Cabinet that are not responsible to Parliament, not MPs and not “politically neutral”.


"If you don't like something, change it. If you can't change it, change your attitude. Don't complain."-Maya Angelou

NHS Behind the headlines
Posted by Angus Dei at 09:09 0 comments