First a bit of a ramble, is there a bug going round? One that makes your bowel explode and doubles you up in agony with cramps?

Because if there is I have caught it, four days in now and just beginning to feel a bit better, this is just a warning to anyone that is thinking of dropping in, don’t, unless you want to spend most of next week within three feet of the loo, because that’s the furthest away you can be and keep your dignity. It is my own fault I went to the Surgery to get the results of the blood test, happens every time!


Now back to “business” excuse the pun. 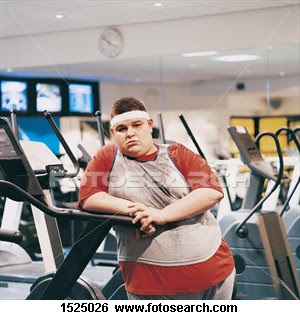 Ananova - Fitness trainer piles on the pounds yep this pillock is half-way to his new year's resolution goal of piling on seven stone to understand his overweight clients.
Paul James, 32, of Melbourne, Australia, has ballooned from 12½st to 15½st, but he claims he won't stop overeating until he hits 20st.
He has been feasting on kebabs, pasta, cream sauces and chocolate in a calorific carbohydrate diet.
And has cut out all daily exercise and has started drinking beer every evening. He aims to hit his target weight in March.

I love this one.
Ananova - EU's costly insult EU bosses paid an artist £350,000 for a sculpture - only to find it insulted virtually every member state. David Cerny, 41, was supposed to commission other artists to help create a piece representing the European Union nations for its Brussels HQ.
But he kept all the money and knocked out the mickey-taking piece himself, reports the Daily Telegraph.
Jaws dropped after the artwork, called Entropa, was unveiled at a special ceremony.
Bulgaria was depicted as a toilet, Romania as a Dracula theme park, and France as a map with the word Greve - French for 'Strike' - across it.
Germany was a motorway map resembling a swastika, Holland was underwater, Belgium a box of chocolates, Denmark was made of Lego and Sweden was an Ikea flatpack.
And Britain looks like it has been snapped away from the rest of the sculpture - showing our detachment from Europe.

Love it or hate it!
Builder's Marmite diet An East London builder has lived on a diet of Marmite sandwiches for the past 25 years.
George Lambert, 35, of Hackney, loves the savoury spread and eats it for breakfast, lunch and dinner.
His monthly intake is the equivalent of a stack of sandwiches 7ft high, reports The Sun.
Mr Lambert does include other fillings, like beetroot, bananas, celery and sardines, but there is always Marmite as well.

From Creation tips: A chicken caused six people to drown when it fell down a 20-meter (60-foot) well in the Egyptian village of Nazlat Imara. Police said farmer Allam Sabet al-Sayyed climbed down the well to rescue the chicken. His sister Zeinab, brothers Sayyed and Ahmad, and two other farmers who came to help, followed him. They all drowned, apparently victims of a strong undercurrent in the water. The chicken survived.

Personally I’d get the Paxo out.


From ABC News (Australian Broadcasting Corporation) Woman finds $1.73bn in bank account
A Swedish woman received the shock of a lifetime when she found $1.73 billion more than expected in her bank account.
Cornelia Johansson discovered the windfall on Monday after she logged on to her internet banking to pay some bills, regional daily Goeteborgs-Posten reported in its online edition.
"The balance was more than 10 billion kronor. It said the amount had been deposited as a correction for a credit card purchase," Ms Johansson's boyfriend, Daniel Hoeglund, told the newspaper.
On Tuesday morning the money was still credited to her account but a few hours later it was gone as mysteriously as it had arrived.
A press spokeswoman for Nordea Bank, the largest bank in the Nordic region, later explained the mystery as "a technical mistake made by a company".
Bit slow there MS Johansson.

And finally, because I am at present twenty feet from the toilet.

Also from ABC News (Australian Broadcasting Corporation) a 13-year-old Beijing boy commandeered a city bus when its driver stopped for a bathroom break, going on a wild joy-ride that left a trail of smashed cars and other damage, China's state media said.
The incident on Sunday morning (local time) began when a bus driver returned from the bathroom at a transport terminal in eastern Beijing to find his bus gone, Xinhua news agency said.
The vehicle had been driven off by the 13-year-old, who zigzagged through traffic, crashing into two cars on the road and about 10 parked vehicles and knocking down two electricity poles.

“It is less of a problem to be poor, than to be dishonest” Anishinabe

That’s your lot, just in case.