Loads of lack of cold, oodles of blue stuff above, not an atom of wet stuff and several long white things across the atmosphere from big silver birds with the vapours at the Castle this morn.
His Maj is still kidnapping amphibians and here is one he brought me at 9pm, which he left in the kitchen and frightened the brown runny stuff out of me when I turned the light on and it leapt across the floor... 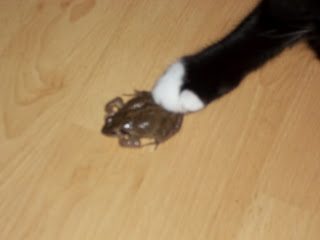 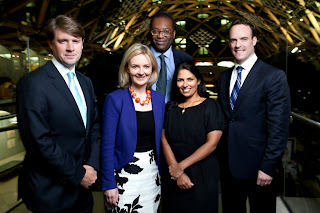 All the problems in Millionaires Club Coalition Blighty are dahn to 'lazy' baby boomers, five MPs who are all 40 or younger and entered Parliament at the last election, are publishing a new book in which they say that "lazy" Brits prefer a lie-in to hard work.
Due to be published on the eve of the Conservative Party election, the book, called Britannia Unchained – Global Growth and Prosperity, also criticises the "baby boomer" generation for seeking to raise taxes for young workers to pay for their lavish pension pots.
Kwasi Kwarteng, Priti Patel, Dominic Raab, Chris Skidmore and Elizabeth Truss describe British workers as among the "worst idlers" in the world, and urge David Cameron to reform work places along the lines of the Asian, rather than the European model.
In the book, the group also claim that the country is being dragged down by support by baby boomers in their 60s and 70s for higher taxes in order to fund their pensions and live in comfort.

Oh dear, it seems that Thatcher’s generation has inherited the “it isn’t the governments fault” gene, and it is the old farts that make policy-I wish I could.... 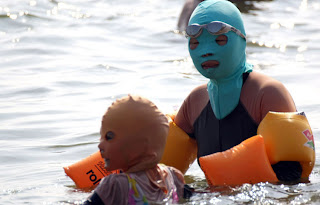 Over to the place where cars are the anti Christ 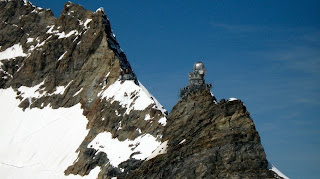 The Sphinx observatory is located at Jungfraujoch in Switzerland at an altitude of 3,571 metres.
The observatory provides unique conditions for successful research in various disciplines such as meteorology, astronomy, glaciology, physiology, radiation, and cosmic rays.
When the Jungfraujoch station opened in 1912 (which is also the highest railway station in all of Europe), Jungfraujoch became the number one place for scientists to conduct research under conditions of high altitude. At first the scientists worked in harsh conditions and lived in temporary shelters. Eventually, the Sphinx observatory was built in 1937 to accommodate eager scientists.
The Sphinx observatory is built on a steep cliff. The mountain top has been tunnelled to fit an elevator which ascends to the observatory from the Jungfraujoch train station. The main-part of the Sphinx is used by scientists but for the tourists there is a metal-grate terrace surrounding the building on all sides that provides a stunning 360 degree view of the Great Aletsah Glacier, of the snow capped Alps, and of the green valley down below. From the metal grating one can see 11,333 feet of abyss down below.


Still in the land of chocolate triangles 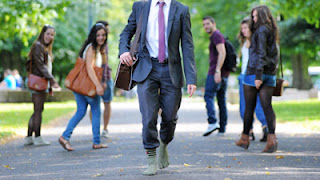 A Swiss company has designed a pair of socks designed to be worn for walking without shoes.
The Swiss Protection socks are designed to replace shoes altogether and make the user feel barefooted.
They even have spaces for each of your toes - in the same way fingers fit in a glove.
Designed by the Swiss Barefoot Company, the ultra durable footwear is reinforced by PVC soles which helps make them cut-resistant.
The Swiss company believe the socks are ideal for people who like to go barefoot and could be used for outdoor activities such as rock climbing.
Dieter Hesch, owner of The Swiss Barefoot Company, said: "It took many years of technical research and designing to create what we have now.
"I'm very happy with it and I even think the Swiss Protection Sock could become fashionable.
"We're also working on a new sock design which we think people will be able to run marathons in."
The socks come in long and short sizes and are available for about £45.

Cheaper to buy shoes, I think the altitude is getting to the Swiss.... Apparently a Salafist group from Egypt appears to be trying to retract a post on Facebook that warned that eating tomatoes are "forbidden because they are Christian."
The Muslim traditionalist group, calling themselves the Popular Egyptian Islamic Association, apparently still finds tomatoes offensive if they are cut in such a way that reveals the shape of a cross, according to the Now Lebanon website.
Along with a photo of a tomato cut in half to reveal what could be viewed as a cross, the group originally posted on Facebook: "Eating tomatoes is forbidden because they are Christian. [The tomato] praises the cross instead of Allah and says that Allah is three (a reference to the Trinity).

According to a translation by Now Lebanon.

"[God help us]. I implore you to spread this photo because there is a sister from Palestine who saw the prophet of Allah [Mohammad] in a vision and he was crying, warning his nation against eating them [tomatoes]. If you don't spread this [message], know that it is the devil who stopped you,"


Wonder what they think of cucumbers? 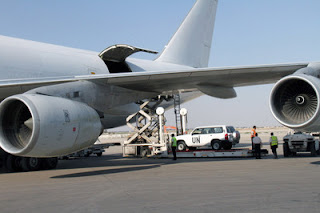 Passengers on Air France Flight 562 were asked to open their wallets to check if they had enough cash to pay for more fuel when their plane made an emergency landing in Damascus.
The plane, heading from Paris to Lebanon's capital, diverted amid tensions near the Beirut airport on Wednesday. Low on fuel, it instead landed in Damascus, the capital of neighbouring Syria, where a civil war is raging.
An Air France spokesman explained Friday that the crew inquired about passenger cash only as a "precautionary measure" because of the "very unusual circumstances." Sanctions against Syria complicated payment for extra fuel.
He said Air France found a way to pay for the fill-up without tapping customer pockets, and apologized for the inconvenience. He wouldn't say how the airline paid, or how much.

The Boeing 777, carrying 185 people, took off for an overnight layover in Cyprus then landed safely in Beirut on Thursday.


Surprised they didn’t put the plane in reverse and fly back to France....


That’s it: I’m orf to eat some walnuts-just in case 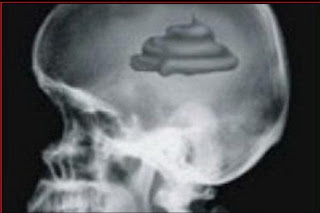