Late again today, I blame the Government and the fact that I didn’t sleep (again) last night, the TV is really crap between 1am and 5am, except for Morse which was ruined by a little man in the corner of the screen performing sign language and fascinated me so much that I lost the plot completely, so I watched a film I had recorded-Rocky 3 or was it 4, or it could have been 2, followed by Holby Shitty just to remind me of the poxy day I had dealing with the NHS. 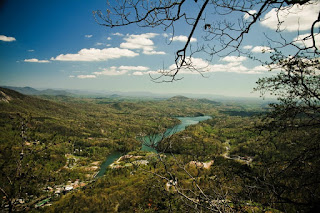 Anyway, it seems that the Quality of life in dear old Blighty has been ranked by the Audit Commission this info can be found at One Place, the all new sparkly useless site which doesn’t work, at least not on my laptop, or maybe it is because I use IE8.

And it now appears that 6.7 Million people from overseas are now living in Britain, in its annual overview of population figures, the ONS said one in 11 people in the UK had been born abroad.

Nearly 25% of all births in England and Wales in 2008 were to foreign-born women - another record.

Immigration Minister Phil Woolas said the figures did not account for those immigrants who were returning home.

Immigrants from Eastern Europe, for example, had 25,000 children.

The statistics agency also projected that the UK's population would increase by nearly 10 million in the next 25 years, a rate which is almost double that recorded in the last quarter of a century.

Why would all those people want to come to a third world country, or am I missing something? 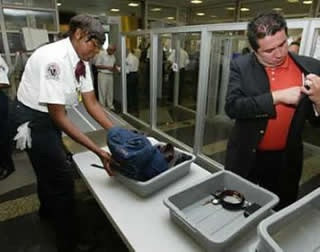 From over the wet thing, if you can actually be from anywhere on the web: The Transportation Security Administration (TSA) operating manual, posted on a federal procurement website last spring, spells out technical settings of X-ray machines, explosives detectors and other passenger and luggage screening details.

TSA officials confirmed the lapse, and former agency officials and congressional critics said the oversight exposed practices that were implemented after the September 11 attacks and following other security incidents.

"It increases the risk that terrorists will find a way through the defences," Stewart Baker, a former assistant secretary at the Department of Homeland Security (DHS), said.

The 93-page document also includes pictures of credentials used by US politicians, CIA employees and federal air marshals and describes when certain firearms are permitted past the checkpoint.

The manual was posted on the internet in redacted form but blacked-out passages were easily recovered, TSA officials said.

A second former DHS official said the mistaken posting of the secrets was more a public relations blunder than a security risk because TSA manuals are circulated widely in the aviation community.

TSA officials said the agency was conducting an internal review of the case.

"TSA has many layers of security to keep the travelling public safe and to constantly adapt to evolving threats," the agency said in a statement. 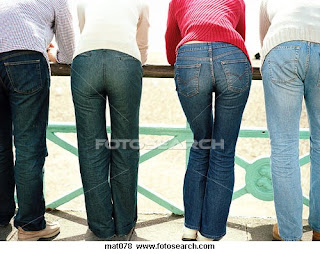 From underneath: The search for Australia's best backside will begin tonight in Longreach in central western Queensland.

But the first heat of the contest is being held in Longreach tonight.

Organiser Margie Ryder says it is not necessarily the smallest or best shape that will win.

"It's not about the looks, it's about how you can move it, wriggle it, [it] can be any size ... it's just a lot of fun and get your mates there and make sure they cheer you on," she said.

"Make sure your jeans are tidy though ... we've got strict rules and we'll stick to them, like you have to be over 18, you have to be wearing jeans, they can't have any holes in them and you can't be intoxicated."

"I think it's very close to being one big national heat, where we'll take it to Queensland, New South Wales, South Australia ... it will go that way," she said.

I’ll show you mine if you show me yours. 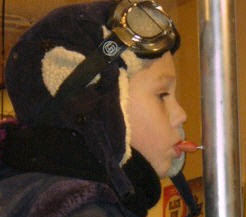 From West a fair bit, and up a little: It’s become an annual winter tale: A young boy gets his tongue stuck to a metal pole, perhaps as the result of a dare.

This year, the scene straight out of the movie “A Christmas Story” unfolded Tuesday morning in Boise with a boy of about 10.

Boise fire fighters used a glass of warm water to free the unidentified boy from the metal fence pole, according to the Idaho Statesman newspaper.

Fire Capt. Bill Tinsley says the boy’s tongue was bleeding a little, but he was OK and allowed to continue walking to school.

Rescue workers responded after a woman driving by saw the boy and called police dispatchers.

Last year, the unlucky boy was a 10-year-old from Hammond, Indiana — especially apt, since the 1983 movie is set in a fictional city based on Hammond.

Wonder what a metal pole tastes like? Suppose I’ll have to wait for it to get really cold. 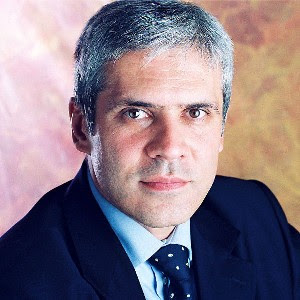 Tadic pleaded guilty to uncorking the champagne in a VIP lounge at the Red Star Belgrade stadium after Serbia's October 10 victory over Romania, which qualified them for the 2010 World Cup finals in South Africa.

Before the fine was handed down on Monday, Tadic told the court that he was unaware that drinking alcohol had been banned at football games.

"I did not know that consumption of alcohol, even if only for a toast, has been forbidden, so I fully take responsibility for the violation," Tadic told the court.

"I take over responsibility and believe that, as every citizen, I should pay a fine or serve a sentence, whatever is the verdict."

Along with Tadic, other officials including Serbia's Football Association chief Tomislav Karadzic were fined 400 Euros for violating a law aimed at preventing violence at sports events.

The law prohibits the sale or consumption of alcohol in stadiums and arenas during and 90 minutes after a match.

In past months, Serbia has seen a surge in extremist violence, notably by ultranationalist extremist groups and football hooligans.

Ignorance is no defence. 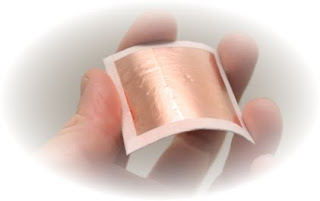 From the warm sunny bit on a fault line: Ordinary paper could one day be used as a lightweight battery to power the devices that are now enabling the printed word to be eclipsed by e-mail, e-books and online news.

Scientists at Stanford University in California reported on Monday they have successfully turned paper coated with ink made of silver and carbon nanomaterials into a "paper battery" that holds promise for new types of lightweight, high-performance energy storage.

The same feature that helps ink adhere to paper allows it to hold onto the single-walled carbon nanotubes and silver nanowire films. Earlier research found that silicon nanowires could be used to make batteries 10 times as powerful as lithium-ion batteries now used to power devices such as laptop computers.

"Taking advantage of the mature paper technology, low cost, light and high-performance energy-storage are realized by using conductive paper as current collectors and electrodes,"
The scientists said in research published in the Proceedings of the National Academy of Sciences.

This type of battery could be useful in powering electric or hybrid vehicles, would make electronics lighter weight and longer lasting, and might even lead someday to paper electronics, the scientists said. Battery weight and life have been an obstacle to commercial viability of electric-powered cars and trucks.

Cui said in an e-mail that in addition to being useful for portable electronics and wearable electronics, "Our paper supercapacitors can be used for all kinds of applications that require instant high power."

"Since our paper batteries and supercapacitors can be very low cost, they are also good for grid-connected energy storage," he said.

Peidong Yang, professor of chemistry at the University of California-Berkeley, said the technology could be commercialised within a short time.

Just don’t get it wet.

Angus Dei on all and sundry