A whimsy colder than the coldest thing you can think off at the castle this morn, the Honda has a brand new rear exit window and it had been a roller coaster week. 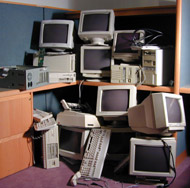 As of yestermorn I am no longer a benefit scrounger, after two days on the dole, the study is packed to the rafters with dodgy digit do dahs, and I have enough work to last well into the New Year.


So I contacted my 12 year old “personal advisor” dahn at the non Jobs Centre and ‘politely’ told him to place my claim for £65 per week into his out tray.


Just returned from the stale bread, gruel and pussy food run at Tesco, his Maj’s Dreamies have gorn back up to £1.36, and the rest of the shopping is still rising in price.

There has been a fair few “anonymous” commenter’s wanting to submit posts, no problem, all you have to do is contact me on the email address on the blog (angusdei@live.co.uk)and we will go from there.


According to those “climate change” chappies 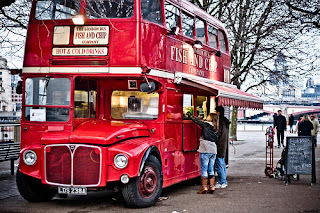 Alternative sources of energy, such as cooking oil and wood, must account for 10 per cent of Britain’s energy by 2050.

This is essential if Britain is to meet its legally-binding obligation to cut greenhouse gases to 20 per cent of their level in 1990 by 2050.


Other changes advocated by the Committee included building houses out of wood rather than steel, cement and concrete which were responsible for generating higher carbon emissions.

A number of bus companies, including Stagecoach, have started using cooking oil for part of their fleet.

Trials were started in Kilmarnock, three years ago. Used fat is now being used on buses in Cambridge and Gwynedd.

They won’t be any more punctual but at least you will smell them coming...


And the suppliers of the defunct NHS I.T. ‘system’ 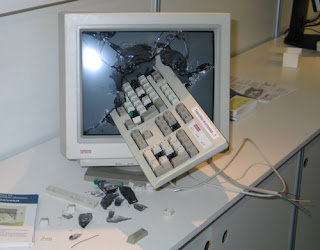 Is set to receive a £2 billion extension despite the failed project being abandoned, it was claimed last night.
Computer Sciences Corporation [CSC] has reportedly informed Wall Street that it expects its contract to provide electronic patient records across the NHS to be extended.
Taxpayers are now facing an estimated £2billion bill, despite the company already failing to deliver a fully functional version of its software, The Times reported.
The £11.4billion National Programme for IT, set up in 2002, was at the time billed as the world’s biggest civilian computerisation project.
It aimed to give doctors instant access to patient records wherever they were being treated and CSC had signed a deal to computerise records in most of England.
Digitising the medical records of the country’s 62 million people was the core objective of the National Programme for IT in the NHS, accounting for £7bn of the total estimated cost.
Yet CSC stated in official US papers that it was in talks with the British Government for its contract to be extended until 2017, at a cost of up to £2billion.
On Wednesday night, the Department of Health [DoH] admitted that “negotiations” were ongoing with the company over its NHS contracts, but would not comment further.

Over the wet, wavy thing on the left 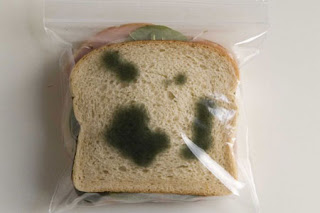 A sandwich which stays fresh for up to two years has been developed for the US army as Dr George McGavin found out as part of his investigation into what happens when food rots.
Preservation is done without freeze drying or refrigeration. The trick: Without water, bacteria can’t grow, so removing the water would preserve the food… but a without water, food would taste terrible. So, they use honey, sugar and salt to grab the water and keep it from being used by pests. Also a packet of iron filings scavenges the oxygen. Removing the oxygen prevents yeast, mold and bacteria from growing. 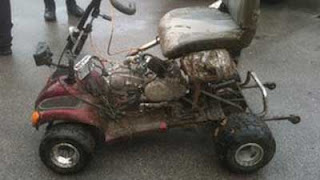 A mobility scooter has been seized by Doncaster council officers after being driven at speeds of up to 60mph, scaring wild deer and annoying residents in the area.

Converted to be driven by a supercharged 140cc petrol engine, the mobility scooter was described as a 'feat of engineering' by Cynthia Ransome, Doncaster council's communities officer.


As well as the engine, it had been 'pimped' with go-kart wheels and a large exhaust.

The mobility scooter's 24-year-old rider was stopped and the vehicle seized on Sunday. It has now been returned to its owner.

That’ll scare the poo out of him.

Marilyn Sharland, a vicar, is furious after Liberal Democrats called Christmas 'the winter festive season' in a local newsletter.
Rev Marilyn Sharland said she was annoyed that the "banal" headline in the Lib Dem flyer showed disrespect to Christians by failing to give Christmas its proper name.

"I was really, really put out," said Rev Sharland, who is a canon of Gloucester cathedral as well as a parish vicar in the city.

"I'm fed up with people trying to sideline the Christian faith and as a consequence they are sidelining the festival of Christmas.

"People of all faiths and those who have none all celebrate Christmas because it's a lovely time and a great thing to do."

But Gloucestershire County Councillor Bill Crowther (Lib Dem, Hucclecote) said he did not understand why anyone would take offence.

He said: "We decided on the headline because it was an article about all the great things going on in December in Hucclecote, including things at the churches, and praising the people involved in them.

“They” really don’t get it do they.


That’s it: I’m orf to chase a French glacier. 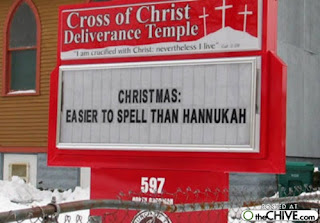