Weather still iffy, woke up sneezing this morning, have a head ache, temperature, a cough and feel tired, Oh MY God It must be Swine flu, I would ring the “hot line” but I can’t get through, I would go to the web site but it has crashed, what do I do now, I know, I’ll go to bed with some Paracetamol after all it’s only a Summer cold. 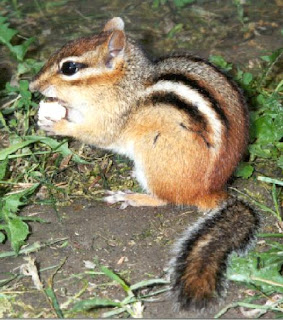 They are calling for pet shops to be banned from selling the Siberian chipmunk, a small Asian rodent, whose population has surged in France after being abandoned as family pets after being imported from Asia.

Thousands living in the wild in France are believed to be carrying a tick which can lead to Lyme disease.

The disease targets the nervous system and can ultimately prove deadly.

Experts warned the public to be alert to the threat posed by the chipmunks. While impossibly cute, and tempting for visitors to buy or simply pick up and take home, they pose a genuine threat to public health.

"There is a particular problem in the woods around Paris, attributed mainly to people who bought the animals as family pets then got rid of them," said Guy Bruel, a naturalist.

"This is just the behaviour that will lead to the chipmunk getting to Britain in huge numbers, possibly as early as this summer."


You have been warned, but they are nice barbequed with a side salad. 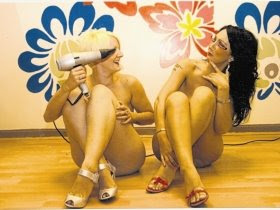 This is known as cutting off your nose to spite your face:

A group of Alloa women who got their kit off, in a charity-fundraising "Calendar Girls" style, are a little miffed that Scottish Women's Aid has declined to benefit from the proceeds.

Domestic abuse victim Morag Hill and business partner Katherine Cram decided to emulate the famous Rylstone Women's Institute 2000 calendar, which raised £2m for charity and spawned a movie in which Helen Mirren cemented her reputation as "least clothed British actress of all time".

Of the 11 women who appear in the "Hair Bares" initiative, "five have suffered domestic abuse", the Scotsman explains. However, when Hill approached Scottish Women's Aid offering £600, she got a bit of a shock.

She explained: "When I phoned... to tell them we had a calendar and I needed to know how we could get the cash to them, the woman on the end of the phone said they would not be associated with it.

"She said that they did not support women taking their clothes off to raise money and that they were a feminist movement. It made me feel really angry."

A spokeswoman for the charity Zero Tolerance, though, described such calendars as "not the right way to highlight feminist issues".

She elaborated: "We would not take money from a calendar like that. We should be showcasing women for their talents and aspirations. Anything that focuses on women's bodies is not helpful.

"We live in a culture where female nudity is everywhere and there is too much female nudity… and not enough celebration of women's brains. It undermines our work to achieve gender equality."

The Alloa Calendar Girls hope to ultimately sell 2,000 copies of their fundraising product, although who will now benefit from the proceeds is not noted


It is for CHARITY you tunnel- visioned NIMBY’s 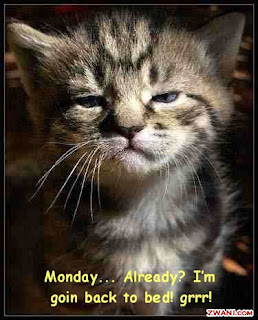 Common beliefs about suicide being more likely on Mondays and during the winter aren't really true; according to new research from the University of California, Riverside — summer is the most common season and Wednesday the most likely day.

July and August are the most common months for suicide, followed by April and May, finds the analysis, online in the journal Social Psychiatry and Psychiatric Epidemiology. It is based on data on almost 132,000 suicides from 2000-2005, from the U.S. Multiple Cause of Death Files, at the National Centre for Health Statistics. The researchers found that 24.6% of suicides were on Wednesdays, with Thursdays the least likely day at just 11.1%.

The analysis, co-authored by sociology professor Augustine Kposowa, will be in print in August.

Kposowa says the common wisdom used to be that suicides were more likely on Mondays because the weekend had ended; however, he says Wednesday is right in the middle of the work week when stress is highest and the weekend is still farther away.

"Thursday is lowest because usually people are in better moods because the weekend is near," he says.

He also says the folklore about more suicides in winter never really was true because much past research has shown that suicide was more likely in the spring.


With the summer we are having I am not surprised!

Hammered at both ends 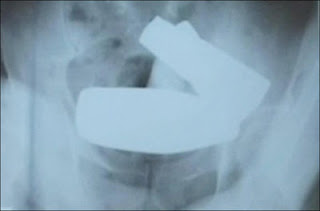 There’s this Romanian, and he has had a few to drink, and he hasn’t been to the toilet for a while, “I know” he slurs to himself, I'll shove a couple of hammer heads up my arse, that will cure it. So he did.

Later the the intoxicated 48-year-old turned up at his local hospital complaining of excruciating stomach pain.

Worried doctors, in Orlea, southern Romania, carried out scans and were knocked sideways to find he had not one but TWO hammerheads stuck in his rear end.

Hospital spokeswoman Dr Cristina Bontescu said: "He was a bit drunk and said he had been eating cherries that had left him badly constipated (lucky he wasn’t a badger) if you don’t get that it’s your own fault for not reading my blog on a “regular” basis.

Anyway, "He said he had a few drinks to dull the pain and then came up with the idea of poking a hammerhead up his backside in the hope of sorting out the constipation.

"But the hammerhead got stuck and then he came up with the idea of using a second hammerhead in order to try and get out the first - but then he lost the second one as well."

Surgeons had to perform surgery to remove the offending objects.


Lucky he didn’t have access to power tools.
Everybody FLUSH 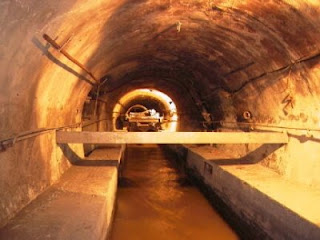 Jezza, the Hamster and Captain Slow are to recreate the “sewer escape” from the Italian job, in Belfast.

In the 1969 film starring Michael Caine, bank robber Charlie Croker and his gang make their getaway in three Mini-Coopers, tearing through the streets, buildings, rivers and drains of Turin with the police on their tail.

But the Top Gear stars have chosen to race their Minis through Belfast's six-mile sewer network instead.

A spokesman for the hit BBC show told the Daily Star they planned to film the race through the sewer network in the next few weeks.

Top Gear's recreation of one of the most iconic film car-chases of all time will be closer to the original than one might think. Although most of the The Italian Job was filmed in Italy, part of the famous car-chase was featuring Caine was actually shot in a sewer in Coventry.


So when we know the date, will all those in Belfast please flush at the same time.