Posting this tonight, because I will not be here tomorrow, and may not post for a couple of days, apologies to anyone who has/will comment and received no reply.

Hold my Hoover for a moment 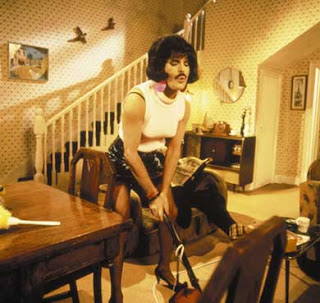 The latest “research” from The Oxford University claims that women are more attracted to men if they believe they will help out with household chores and make an equal contribution towards childcare.

The study, which looked at relationships in 12 countries, ranked British men as the third most likely to win women's hearts through their apparent commitment to domestic life.

Swedes and Norwegians topped the table while Australian men – stereotyped for their love of beer, sport, and the great outdoors – came in last, rated as the least attractive in terms of pulling their weight around the house.

Researchers questioned 13,500 men and women aged between 20 and 45 from each country about gender, housework and childcare responsibilities.

Based on their responses, each country was given a rating on an "egalitarian index", which was then compared against the number of couples living together.

The study found there was a correlation between the ratings on the index and proportion of citizens who were married or shared their home with a partner.

Women in less egalitarian countries were found to be between 20 and 50 per cent less likely to settle down with a man.

Dr Almudena Seville-Sanz, of the university's Centre for Time Use Research, said: "This study shows that in egalitarian countries there is less social stigma attached to men doing what was traditionally women's work.

However, while the study suggested that women favour men who are willing to treat them as equals, it also found that men themselves placed less value on the quality in the opposite sex.

The full list of countries' rankings on the egalitarian index is as follows:

Another waste of money from the University of the bleeding obvious.


Do you want handcuffs with that? 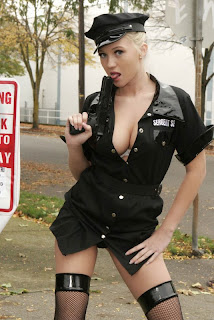 PC Victoria Thorne was under investigation by Northumbria Police officers who were suspicious about her spending time with Neil Lock, 28.

Detectives found out during their enquiries that Thorne, 28, was working as an escort for the Notorious Girls agency - being run by Lock.

Thorne has pleaded guilty to misconduct in public office and is currently awaiting sentence.

At Newcastle Crown Court this week Lock, of Galashiels in the Scottish borders, admitted a series of charges relating to running brothels, managing prostitutes and aiding and abetting Thorne's misconduct.

His wife, Natalie Lock, also of Galashiels, has also admitted managing prostitutes and brothels and perverting the course of justice.

His father Nigel Lock, 60, of Bolton, has admitted keeping a brothel relating to NG House (Notorious Girls) in Bury, Manchester.

"During the course of the investigation into Victoria Thorne by the Integrity Unit it became clear and apparent Neil Lock was running a number of premises, each of those premises could be described as brothels."

Thorne, who was suspended when her life of vice was exposed, worked under the name of Kelly.

Her profile on the Notorious Girls website said she was "very eager to please" but refused to wear a uniform or entertain clients from Sunderland.


Puts a new slant on the phrase “you’re coming down the nick” doesn’t it.
Bachelor of dole 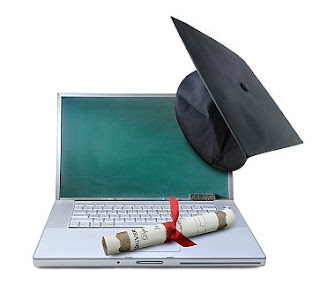 A New York City woman who says she can't find a job is suing the college where she earned a bachelor's degree.

Trina Thompson filed a lawsuit last week against Monroe College in Bronx Supreme Court. The 27-year-old is seeking the US$70,000 she spent on tuition.

Thompson says she's been unable to find gainful employment since she received her information technology degree in April.

She says the Bronx school's Office of Career Advancement hasn't provided her with the leads and career advice it promises.

The college insists it helps its graduates find jobs.


As someone once said “get on your bike”
Better than Tamiflu 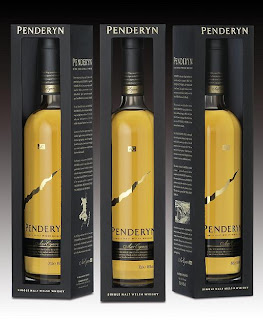 Russian football fans have been told to drink whisky on their trip to Wales for next month's World Cup qualifier to ward off the H1N1 swine flu virus, the head of the country's supporter association (VOB) said on Monday.

"We urge our fans to drink a lot of Welsh whisky as a form of disinfection," VOB head Alexander Shprygin told Reuters.

"That should cure all symptoms of the disease."

Russia's Health Ministry has issued a public warning against travelling to Britain because of the spread of the H1N1 virus but Shprygin said he expected at least several hundred fans would go to Wales for the September 9 qualifier in Cardiff.

"Health officials say this virus is very dangerous but being a fan myself I can tell you that for a real fan nothing is more important than the well-being of the team," said Shprygin, who also sits on the executive board of the Russian FA.

"Russian fans don't fear anything or anybody so this virus will not stand in our way of supporting our team."

The Russian FA also said health issues should not prevent fans from travelling.

"We don't want our team to be without any support for such an important match so we urge our fans to go to Wales despite the health warning," a spokesman said.

Yeah, and I’ve got fairies at the bottom of my garden.


And finally:
Never walk your dog in a thunderstorm 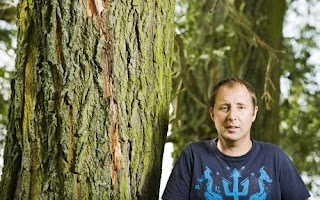 A dog walker burst into flames after he was struck by a 300,000 volt lightning bolt as he sheltered under a tree during a thunder storm.

Numpty Brad Gifford, 38, was struck his right ear lobe before the electricity travelled through his body and exited via his ankle.

He was knocked unconscious, burst both ear drums and burst into flames, suffering 11 per cent burns to his body.

Mr Gifford was burned across his shoulder, groin and left leg, and only realised what had happened when he woke up the next day in intensive care in hospital.

But Mr Gifford cannot recall anything of the terrifying incident.

The bricklayer from Kettering, Northants. said: "All I know is what has been relayed by other people.

"The only the thing I remember doing is driving to the lake after work on Friday. I don't remember any bang or being hit.

"I think I got off very very lightly. There was a bloke in hospital the week before me who got hit by lightning and died.

"I'm just glad I wasn't holding the dogs' leads when I got hit. That would have been the end of them.

Mr Gifford was walking with friend Edward Foster, 45, in Aldwincle, Northants, when the lightning struck on July 24.

About a mile around the lake a thunderstorm broke out so the pair took shelter under a copse of trees along with a couple of anglers.

Mr Foster said there was an enormous crack before Brad suddenly burst into flames.

An air ambulance transported Mr Gifford to a hospital in Coventry before he was transferred to Selly Oak hospital in Birmingham.

Lightning kills around five people a year in the UK and the odds of being struck are around one in three million.

"Being struck by lightning does not necessarily result in death," he said.

"It all depends on the path of the bolt as it goes to ground. If it misses the heart your chances significantly improve, though burning can be severe."

Pair of numpties, still as long as the dogs are OK.