The usual at the Castle this morn-wet/dry, sunny/cloudy/ windy/calm, hot/cold, just a normal “summer” day in the central part of Blighty then.


The left elbow is feeling much better, the industrial strength pain killers have worn orf, the nightmares and hallucinations (as proven by yesterday’s post) have stopped and all is calm this Saturday.


A nice bit of music for those who live in more than a bit damp bits of the country.


There is a nice new widget on the left sidebar so that those who believe in it can keep a check on the global warming thingy.


And the interweb thingy is behaving rather badly-again.

According to The London School of Hygiene and Tropical Medicine 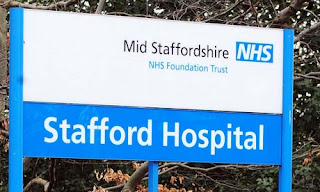 Almost 1,000 patients are needlessly dying in NHS hospitals each month as a result of poor patient care, Researchers concluded that blundering medical staff committed basic errors in more than one in 10 cases, in which a patient died.
Apparently mistakes occurred because hospital staff made wrong diagnosis or gave out wrong drugs.
In some cases they failed to adequately monitor patients – such as failing to check a pulse or blood pressure – or react when their condition deteriorated.
The study found that something went wrong with the care of 13 per cent of the patients who died in hospitals.
An error only led to a death in 5.2 per cent of these cases, which was the equivalent to nearly 12,000 preventable deaths in hospitals in England every year.
It found that errors of omission were more frequent than active mistakes.
The study based on analysis of 1,000 deaths at 10 NHS trusts during 2009, found that most of the patients who died were elderly and frail and suffering from multiple conditions although some were aged in their 30s and 40s.

Personally I think they have underestimated the figures by about 200 per cent, is this the “new” way to curtail spending on pensions and care for the old, or is it just consultants and senior consultants who would rather be on the golf course than get their hands dirty on the wards?


It seems that Old Albert was right 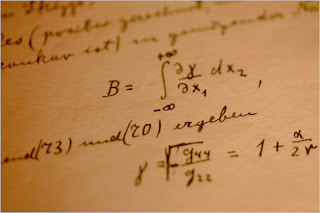 Einstein's theory of relativity states that time and space are not as constant as everyday life would suggest. He suggested that the only true constant, the speed of light, meant that time can run faster or slower depending on how high you are, and how fast you are travelling.
Now scientists have demonstrated the true nature of Einstein's theory for the first time with an incredibly accurate atomic clock that is able to keep time to within one second in about 3.7 billion years – roughly the same length of time that life has existed on Earth.
James Chin-Wen Chou and his colleagues from the US National Institute of Standards and Technology in Boulder, Colorado, found that when they monitored two such clocks positioned just a foot apart in height above sea level, they found that time really does run more quickly the higher you are – just as Einstein predicted.
Marcus Chown reckons that "It's a very small effect, but it brings these esoteric effects into the everyday world. It shows that if you want to live longer, buy a bungalow," he added.

I know someone who will be chuffed about that... 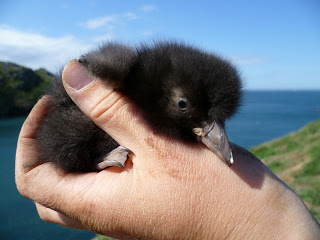 Young puffins have invaded a seaside town, with one bird found waddling along a corridor at a hotel and another turning up at a car showroom.
The fledgling puffins or “pufflings” are normally resident this time of year on islands in the Firth of Forth such as the iconic Bass Rock, but experts say the birds are being attracted by the bright lights of nearby North Berwick.
The coastal East Lothian resort is the base of the Scottish Seabird Centre, where staff have been advising residents on how to deal with the visitors. Recently, a puffling, since named “Buddy” by the team at the centre, was found wandering the Macdonald Marine Hotel & Spa.

I do hear that they are quite nice cooked in milk sauce with bacon.... 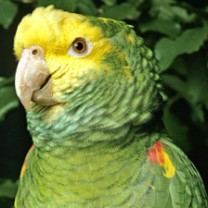 Police called out to deal with a noisy neighbour complaint in Glasgow were shocked to be confronted by a swearing parrot.

Officers turned up to an address in Govan to find Pepe, a yellow-headed Amazon parrot, who used to live in a taxi office.

The bird was screeching out phrases such as "taxi for Govan Road", as well as more industrial language, reports the Daily Telegraph.

Pepe's embarrassed owner John McAlinden said: "He mainly shouts out bookings, like 'taxi for Govan' and 'taxi for Lidl'. He also says things like 'car one', 'car two' and '10-4'.


"He also uses a fair bit of industrial language, which is a bit near the knuckle. I think he may have become stressed by his move but I'm now giving him some drops to try to calm him down."


He added: "He's a bit of a handful and I'm sorry if he's caused any upset to my neighbours. Hopefully he's learned his lesson and will settle down a bit."

A Strathclyde police spokeswoman said: "We were contacted by a member of the public who had made a complaint about noise.

"Officers attended and it was quickly ascertained that the culprit was indeed a parrot. The owner was given advice and no further action was taken."

I do hear that they are quite nice in a stew...

East to the land that had the last dry Olympics

Comes the boob clamp, otherwise known as the corset. 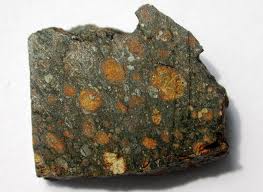 Asteroids from the inner solar system are the most likely source of the majority of Earth's water, a new study suggests.
Conel Alexander, of the Carnegie Institution of Washington analyzed samples from 86 carbonaceous chondrites. These primitive meteorites are thought to be key sources of the early Earth's volatile elements, such as hydrogen and nitrogen.
The team measured the abundance of different hydrogen, nitrogen and carbon isotopes in the chondrite samples. Isotopes are versions of an element that have different numbers of neutrons in their atomic nuclei. For example, the isotope deuterium — also known as "heavy hydrogen" — contains one neutron, while "normal" hydrogen has none.
The amount of deuterium in celestial bodies' water ice sheds light on where the objects formed in the solar system's early days. In general, bodies that took shape farther from the sun have relatively higher concentrations of deuterium, researchers said.
The 86 chondrite samples' deuterium content — which the team gleaned from clays, the remnants of water ice — suggest the meteorites' parent bodies formed relatively close to the sun, perhaps in the main asteroid belt between Mars and Jupiter.

Yeah. Right; all I know is that there is far too much of the bleedin stuff....

That’s it: I’m orf to watch Lemurs sliding towards extinction