Finally: after five weeks of dry, the wet stuff has arrived at the Castle this morn, quite dark, gentle rain, bit of banging and flashing in the sky and warmish.


I see that the local elections are over-good, it will be a while before the “Wannabe Councillors” come knocking and “Democracy” has triumphed in the AV debacle, well; two thirds of forty-ish percent have, apparently “we” can’t manage to choose by preference but are happy to put a cross in the box we want.
Ain’t politics exciting!
Joanna Lumley is launching “National Love your lawn week” 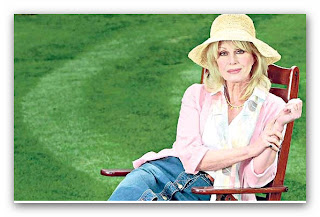 She can come round and nurture my tender shoots anytime she wants.
And B&Q is gobbling up Focus 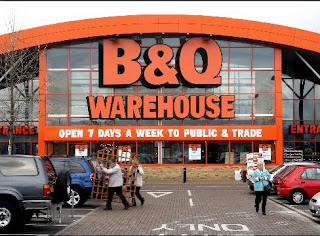 On Thursday, Crewe-based Focus went into administration after its business was hit by the weak housing market and low consumer confidence.
Focus' administrators said the deal represented an "exceptional outcome" for the creditors of the firm.
Focus DIY operates nearly 180 stores in the UK, which are continuing to trade, and employs almost 4,000 staff.
Announcing the sale, Simon Allport, one of the joint administrators from Ernst & Young, said: "The joint administrators will continue to trade all of the group's stores and will seek further offers for a going concern sale of the group's business and assets."
The B&Q chain has about 330 stores in the UK and Irish Republic. Other chains owned by Kingfisher include Screwfix and France's Castorama.
Cheap at twice the price.
Over the briny to the Mojave Desert 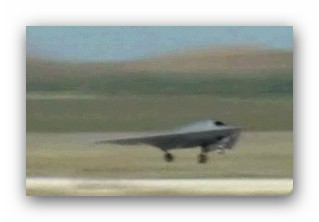 The public got its first look at the maiden flight of Boeing's new Phantom Ray Drone. Video from Boeing shows the unmanned jet in its first flight, taking place at Edwards Air Force Base. The stealthy aircraft was said to have climbed to 7,500 feet and reached a speed of 205 miles an hour.
Boeing says the stealthy Phantom Ray can fly as high as 40,000 feet and reach speeds of more than 600 miles an hour.
Hope it’s more reliable than the Airbus.
Down a bit 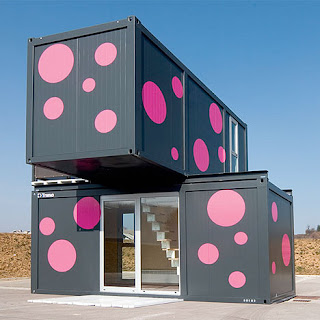 A homeless man has been arrested in New Mexico for failing to notify police that he moved out of the rubbish skip he listed as his address.
Charles Mader, a convicted sex offender, is required to give the Bernalillo County Sheriff's Department in Albuquerque a physical address.
Detectives said he violated his sex offender registration requirement after moving out of the bin and failing to report the move within 10 days.
Maybe he has gone up market, to a container.
The latest thing in our dim, dingy and democratic land 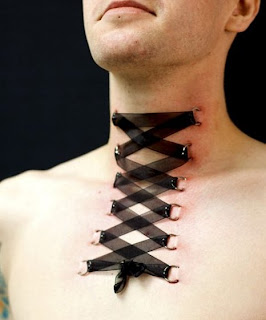 ‘Body modification’ fans across the country are trying the unique piercing, which involves sticking hoops into the skin by hand and then threading them with ribbon.
But a cosmetic surgeon has warned it is ‘extremely painful’ and could cause horrendous permanent scars and infections.
Corset piercing, which can cost up to £300, can be applied to any part of the body where the skin is loose.
Popular areas include the back, ribs and throat. Some fans endure an hour of pain to achieve the effect – but it is only temporary and grows out after a few weeks, leaving scars.
Kevin Hancock, of the British Association of Aesthetic Plastic Surgeons, said: ‘It seems absolutely barking to me.
'It would be extremely painful and it’s only temporary. I can’t believe people are going out with these things on display.
‘They’re open to any sort of infection. It’s verging on masochistic.’
But Laura Hunt, who carries out the procedure at her Dragstrip studio in Southampton and has tried it herself, said: ‘It’s not dangerous because it’s a surface piercing and doesn’t go deep enough.
'It’s an open wound so it has to be cleaned to prevent infection – it’s just like any other piercing.’
Yeah right…..
And finally:
Fed up with your bulky heavy mobile? 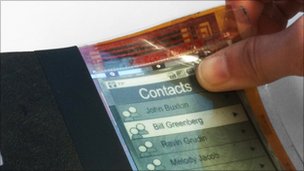 Fear not, the knobs have managed to make one out of paper, according to a report on BBC News, the PaperPhone is capable of receiving and making voice calls, send messages, play music and display eBooks.

The phone has been developed in collaboration between researchers at the Human Media Lab at Queen's University, Canada and Arizona State University's Motivational Environments Research group.

Users will be able to access the device’s several functions by bending and folding the device at its corners or sides.

“Everything is going to look and feel like this within five years. This computer looks, feels and operates like a small sheet of interactive paper. You interact with it by bending it into a cell phone, flipping the corner to turn pages, or writing on it with a pen." Dr Roel Vertegaal, member of the team that created the device, said in a statement.

The device is made up of E-ink, a technology used by Amazon in Kindle, flex sensors and a touch screen, that allow it to perform almost all the functions of a bulkier Smartphone device.
Oh great; that should make them even easier to lose…..
That’s it: I’m orf to have a look at Ivy Bridge.
And today’s thought: Which word in the dictionary is spelled incorrectly?