Warmish, wettish and more than a touch wobbly at the Castle this morn, it hasn’t been a good start to this Olympic year-tooth falling out-falling dahn and lying in vomit thing, and now the Fallic Glu-which includes, coughing, falling dahn and lying in vomit, agonising sinus pain and the latest joy is a pulled muscle in the back and after tonking more than a carful of stuff to the “recycling centre” the right elbow has gorn-again.


But it seems that according to no nuts U-Turn Cam 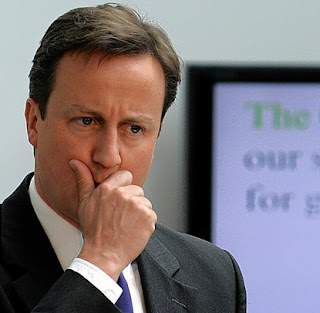 Elf Secretary Andrew Lansley is doing "a very good" job and understands the NHS better than most, David Cameron said today in defence of the under-fire Cabinet minister.
The deaf to all Prime Monster backed his colleague despite an opinion poll showing a majority of voters were in favour of ditching the legislation altogether.
More than two-thirds of people do not trust the Government's handling of the NHS, according to a survey commissioned by BBC 5 Lives’ Victoria Derbyshire programme.
Just 18% of adults surveyed in England think Mr Lansley is doing a good job as Health Secretary.
An ICM poll for The Guardian found that 52% believed the Health and Social Care Bill should be dropped, against 33% who said the Government should press ahead with the legislation.

And staying with politicians who live in a parallel universe 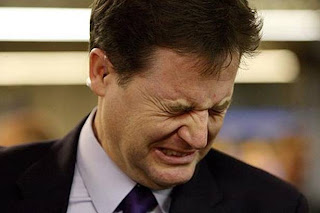 Lib Dem activists are preparing an emergency motion for their spring conference urging the party to work towards defeating the NHS reform bill.
It "applauds the hard work being done by Liberal Democrat peers to remove the worst elements" of the Health and Social Care Bill.
It notes the government has "totally failed to convince either the public or NHS staff" of the need for change.
Ministers say the bill, currently going through Parliament, will boost the NHS.
It has been passed by the House of Commons but amended several times by the House of Lords, delaying its progress.

They have more chance of winning the next election-only two or three things need to be “reformed” in the NHS-dump the overpaid “management”, make medics personally responsible for their cock ups, and stop privatising the old lady.
Oh yes-do away with the “Foundation Trust” bollocks and bring ‘Orspitals back under the control of the patients.

Somewhere not in Blighty 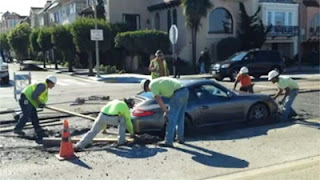 The owner of a Porsche sports car got stuck in wet concrete after trying to beat traffic by manoeuvring into an empty lane.
The embarrassed motorist was trying to beat the traffic by driving his 911 Carrera S around a line of stationary cars.
But the lane he pulled into had only just been laid and the £75,000 car got stuck deep in the wet cement, reports The Sun.
The man had to stay in his Porsche while workmen tried to shovel around the wheels before it set any further.
And passers-by in San Francisco, California stopped to point and laugh at the driver.
Cyclist Robert Etzler, who photographed the car, said it was stuck for around an hour.
He added: "Eventually they had to dig out concrete from around and under the car to free it.

Dahn in the very dry garden of England

A 1961 Ferrari 250 GTE which last passed its MOT in 1975 and has spent over 30 years going rusty in a garage is expected to sell for £60,000 at an upcoming auction.
The old banger which once belonged to famous Hollywood director Agostino De Laurentiis also needs £100,000 worth of work to be restored to its original condition.

Good luck with that... 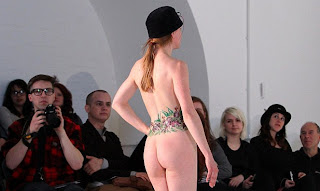 It seems that “fashion” has hit rock bottom, Welsh milliner Robyn Coles' debut show consisted entirely of nude models wearing only different titfers.
Coles said it was important for her to use models of different shapes and sizes in her show, but admitted her main motivation for getting them naked was for publicity.

Left a lot and up less than that 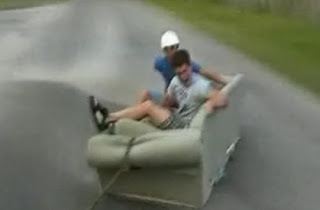 A 22-year-old man has died after a country road stunt involving a sled-mounted couch went wrong in Quebec's Beauce region Saturday night.
The man was critically injured while riding on the sled-mounted couch, which was dragged by a van down a country road in St. Benjamin, south of Quebec City.
The driver of the van lost control and the sled slid into an oncoming vehicle.
Two other people along for the ride were not injured.
Police say the 21-year-old driver of the van – who fled the scene – has been charged with dangerous driving and fleeing the scene of an accident.
The stunt has been commonly referred to as "couch surfing" in several viral online videos.


That’s it: I’m orf to toss all my Graphene in the bin 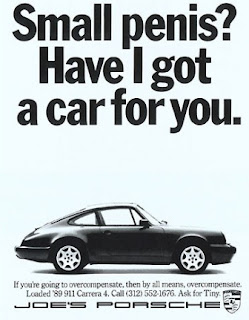