I think it is going to be one of those days, even one of those weeks, today I feel about 150, nothing works and the place is a tip. But I have my nice young lady coming to cut my hair, I then have to go out to do some errands.

Thursday I have a check up at the dentist, more expense and pain with a nice twenty mile round trip to look forward to, basically I have the hump, but there are always people worse off.

Keep it in your trousers and your mouth shut 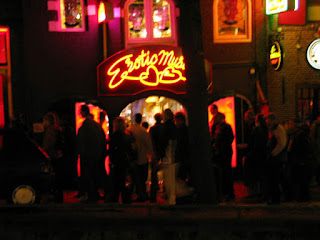 From Oslo-A 28-year-old Norwegian man was fined after he complained to police that he had been cheated by a prostitute.

The Nordlys newspaper says he has been fined 8,000 kroner as the first person in northern Norway’s Troms Province charged under a new law forbidding the purchase of sexual services. The law went into effect in January.

Station Chief Kurt Pettersen tells the paper that the man had given partial payment to a Russian prostitute in the northern city of Tromsoe but she left with the cash when they failed to agree on a final price.

Pettersen says “he contacted the police because he felt his did not get the services he paid for.”
The incident took place in February but was not reported until Monday.


See it does pay to watch the news, Numpty.

My Jet's all clogged up 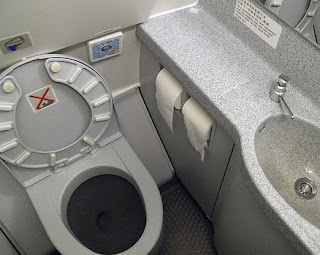 DHAKA, Bangladesh, Aug. 31 (UPI) -- Biman Bangladesh Airlines said a flight from the Bangladeshi capital, Dhaka, to London was delayed for 10 hours due to clogged toilets.
Airline officials said workers spent two hours Sunday clearing the plane's five toilets, which were clogged with paper cups and other garbage flushed by passengers, and the flight was delayed by a further eight hours to comply with a night flight ban at london's heathrow airport.
"Passengers threw bottles, cups, tissue papers and female sanitary napkins into all five toilets of the Biman aircraft," said Wing Commander Asaduzzaman, director of engineering for the carrier.
"This solid material blocked the toilets and there was a jumble in the pneumatic toilet suction system.
It was a passenger-created problem. There was no mechanical fault."
That is a bit of a surprise, normally the suction in the loos on a plane is so strong you have to brace yourself against the sides of the cubicle, and you end up with your bowels dragging on the floor when you leave.
WMDs found in Serbia 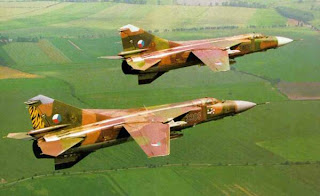 Iraqi authorities are seeking the return of 19 fighter jets that were sent to Serbia in the late 1980s for servicing.
Officials have been trying to trace what the former dictator Saddam Hussein did with the country's military assets.
They have discovered a total of 19 MiG-21 and MiG-23 fighters were sent to the then-Yugoslavia in 1989 for maintenance, and were left there because of an embargo.
An Iraqi delegation is heading to Belgrade to negotiate their return, but Serbian officials say most of the jets are in pieces and are useless.
Of the handful still intact, one has been stored in Belgrade's aircraft museum.

See Tony you were looking in the wrong place.
99p shop, not on our high street 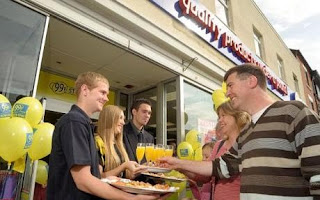 The owners of a 99p shop in Lymington, the affluent Hampshire town once said to be “too posh” for an Argos store, have been ordered to remove their sign by a council because the display is “too gaudy”.
The family-run bargain store, founded by Nadir Lalani, has been told the sign is “not sympathetic” to the traditions of the town's Georgian High Street.
The sign, which includes the 99p Stores logo and the slogan 'quality products under a pound', can be seen on the company’s shop fronts elsewhere in Britain.
Chris Elliott, head of planning at New Forest District Council, said: "Our judgement is that the sign is pretty awful and we will give them a brief opportunity to voluntarily remove it before we begin prosecution proceedings.
"The company will not be invited to submit a planning application for its retention because we do not believe that will be successful."
Three years ago, residents campaigned against an Argos store amid fears it would “lower the tone” of the town.

Oooh get you Lymington.

What is it with pilots? 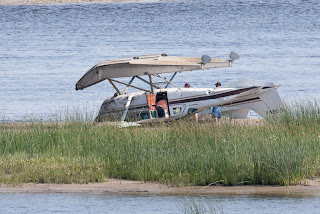 Yet another Numpty Pilot, this one though had too much “fuel” on board.
An intoxicated pilot had to be guided in to land by a rescue helicopter, the 65-year-old amateur pilot allegedly tanked up on beer and wine before taking to the skies above the eastern German state of Thuringia in his Cessna light aircraft on Saturday afternoon.
Once airborne, he served himself some more cocktails while at the controls.
Two hours later he was apparently so inebriated that he was unable to read the instruments telling him where the Schoengleida airfield was.
"Come on, I know you're down there," he radioed. "Where the bloody hell have you hidden yourself?"
Control tower staff say he also sang a few songs cracked a mother-in-law joke and told them to "pull their fingers out as I've got a party to go to". Fearing instrument failure, the tower scrambled a rescue helicopter stationed at the airfield.
It homed in on the man in clear blue skies some 50 miles west of the airport and gave instructions for the pilot to follow it back.
Officials at Schoengleida said the pilot, who has not been named, made a safe landing.
The man was unsteady on his feet as he wobbled from the cockpit to his parked car. Concerned airfield authorities alerted police.
He was stopped on the way home, breathalysed and found to be nearly four times over the legal limit for driving.
Now he has lost his driving licence - and his pilot's licence.

He is lucky he didn’t lose his life, and take a few other people with him-Numpty of the first order.

And finally:
Some good news 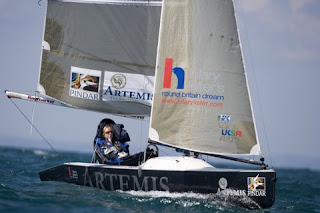 A disabled yachtswoman has become the first female quadriplegic to sail solo around Britain.
Hilary Lister, 37, was applauded as she sailed into Dover harbour, in her home county of Kent.
On arrival, she declared: "I'm so relieved to be home but looking forward to the next challenge."
Mrs Lister began her voyage in May but had to be treated in hospital a month later, having been rescued from rough seas off Pembrokeshire.
She had delayed the start of her trip, from Plymouth, after being taken to hospital with breathing difficulties.
Mrs Lister also abandoned a similar attempt last year after being hit by bad weather, technical trouble and injuries to members of her support crew.
Her spokesman, Paul Taroni, described the journey as "an amazing triumph over adversity".
Mrs Lister, an Oxford biochemistry graduate from Faversham, is disabled from the neck down.

Her specially-adapted vessel, an Artemis 20 called Me Too, was designed to be operated through three "straws".

They allowed her to control the boat using a "sip-and-puff" system. Mrs Lister said she was "hugely proud" of the six strong team who provided back-up throughout her series of 40 day-long sails.

"[They] worked so hard for four months without a day off," she said.

Mrs Lister described the highlight of her challenge as being able to see the marine wildlife at close quarters sailing alongside her.
"Seeing whales, 35-foot long, fully breached out of the water was incredible. Two of them jumped like dolphins, it was amazing," she said.
The challenge has so far raised £30,000 for Mrs Lister's charity, Hilary's Dream Trust, which exists to provide assistance to disabled and disadvantaged adults who want to sail.

A lady with more courage than me.