KEEP SPINNING GORD, BECAUSE I WOULDN’T STAND STILL IF I WERE YOU. 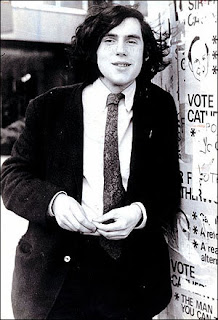 BBC NEWS-The PM and the sideboard, sorry Cabinet are in Liverpool, Business Secretary Lord Mandelson will say “We will not repeat the mistakes made in previous recessions of retrenchment - stop-go policies in public investment have reduced Britain's competitiveness over many decades”.

The Sideboard (well it sounds better) will make momentous announcements such as “35,000 apprenticeship places in 2009 and 2010 and said the government was "doing everything to deal with what is a global financial crisis that is hitting Britain".

Small snag with that one Gord, you actually have to have companies a) still in business and b) willing to take on an apprentice when they are laying off skilled people.

Downing street-whoever the Firk that is said-“However, Downing Street believes it is a "worthwhile investment" to have the cabinet hearing people's views in different parts of the country”

So if you live in or near the “Pool” go along and see how many questions you can ask Gord and Ali.


Every one else has done it so I will make a few predictions.

Gordon brown’s nose will grow so long that he will have to employ a “nose bearer” thus helping one poor sod off the dole.

The sale of wood burning stoves will spiral out of control.

Half of the countries forests will disappear (to fuel the wood burning stoves).

The Government will print billions of new bank notes (so that people can use then to fuel the wood burning stoves and save the forests).

The tourism industry will go from strength to strength because visitors to the UK expect to be insulted and given atrocious service-it’s part of our charm.

Every household in the country will be given one cow; the cow will be connected to the gas inlet via a pipe and will provide enough methane to heat the house and hot water, as well as producing milk and fertiliser. This of course will also reduce global warming thus allowing the Government to meet its targets.


Gordon Brown will win the next election with a majority as big as a majority can be, and will become so popular that he is pronounced Queen, will move into Buck House and marry Ali Darling.

I must go now I am due for another session of CCBT.