Still not sleeping, about six days. Or rather nights now, I manage to grab an hour here and there. I don’t know why, must be all the excitement.

Looks like we are in for a “cold snap”, yet another time when the country will grind to a halt because of a half an inch of snow, which reminds me I must wax the sledge runners. 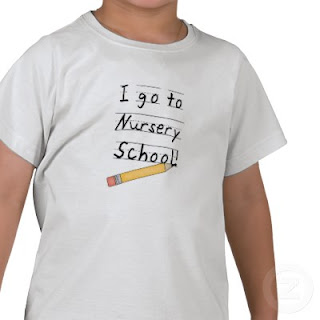 The Gov in all its wisdom has decided to Catch them Young, specially trained officers in one area have already begun visiting nurseries in order to identify youngsters who could be vulnerable to radicalisation.

In the West Midlands on officer with the counter terrorism unit wrote to community groups warning: "I do hope that you will tell me about persons of whatever age, you think may have been radicalised or be vulnerable to radicalisation ... Evidence suggests that radicalisation can take place from the age of four."

Arun Kundnani, of the Institute of Race Relations, who contacted the officer, said he explained how members of his unit had visited a number of nursery schools.

Mr Kundani told the Times: "He said the indicators were they [children] might draw pictures of bombs and say things like 'all Christians are bad' or that they believed in an Islamic state. It seems nursery teachers in the West Midlands are being asked to look out for radicalisation." 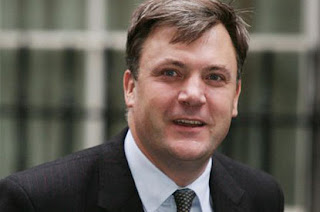 It also seems that Ed Balls (love that name) has caught ‘Browns disease’ and has decided that Laws requiring 11 million adults who work with children and vulnerable people to undergo criminal records checks are to be watered down following a massive public outcry.

Children's Secretary Ed Balls confirmed he had accepted all the recommendations of an independent review into the way the Vetting and Barring Scheme (VBS) was operating.

Crucially, adults will only have to be vetted if they come into contact with the same group of children once a week or more, rather than once a month as under the present arrangements.

It’s a start I suppose.

Sell snow to the Eskimos 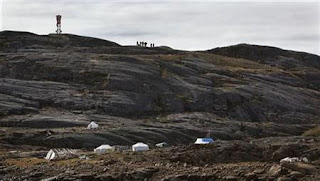 Inuit communities need funds to adapt to climate change in the Arctic, including measures to build communal deep freezers to store game because warming is reducing their hunting season, an Inuit leader said on Friday.

The Inuit, the indigenous people of Greenland, Canada, Alaska and Russia, have traditionally hunted for Arctic species from seal to polar bear, whale to caribou.

"In Canada we see climate changes on a day to day basis," said Violet Ford, a Canadian official of the Inuit Circumpolar Council (ICC).

Ford, who was born and raised in the Inuit community of Makkovik, Labrador, said more funds are needed for adaptation and response to climate change in the Arctic and in developing countries.

Have a word in Gord’s ear he seems might be able to give some of the £1.5 billion he has found for climate change.

The face of things to come? 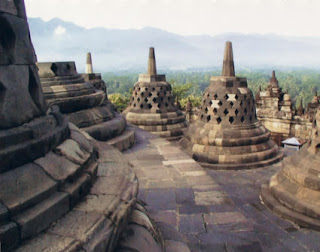 From Aceh to Bali, Indonesians have donated a truckload of coins in support of a woman jailed for criticising health care provision in an email to friends.

In a nationwide cause, the money has been gathered to help Prita Mulyasari, 32, pay a fine of 204 million rupiah ($21,400) after she was convicted of defamation by a local court on the outskirts of Jakarta.

Indonesians were so touched that volunteers began collecting money on the streets, in offices and in kindergartens and publishing details on the social networking site Facebook.

"This is the first time Indonesians acted to help someone by giving their coins," volunteer Esti Gunawan said.

"We feel sorry for her. As a mother, I feel that I would also need tremendous help if I were in her position."

The ongoing saga of Mulyasari began last year when the bank employee and mother-of-two sent an informal email to 20 friends and colleagues informing them of her poor treatment at Omni International Hospital outside Jakarta.

Mulyasari, who had been misdiagnosed with dengue fever at the hospital, found after being moved to another institution that she in fact had mumps.

Her email was transferred without her knowledge from one mailing list to another in cyberspace before being tracked by the Omni hospital, which filed a complaint.

Mulyasari, who was still breastfeeding her second child, was sent to jail in May and charged by prosecutors with defamation, which can carry a jail term of up to six years.

She was freed after 21 days, having promised not to abscond or destroy evidence, amid a huge outcry from the media, bloggers, and politicians including President Susilo Bambang Yudhoyono.

You have a lot to answer for George Orwell.

A crisp too far 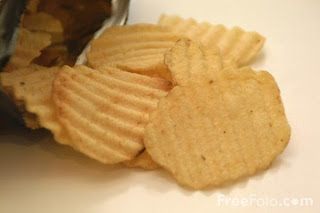 Joel Bradley was caught allegedly selling a packet of Discos at a marked-up price of 50 pence.

The student at the Cardinal Heenan High School was given a day's suspension because it was the second time he had been caught.

His father, Joe, told the Liverpool Echo the youngster was being ''victimised'' for the enterprise, which could earn him as much as £15 a day.

Mr Bradley, from Norris Green, admitted he too had once been caught selling canned drinks, chocolate bars and crisps from a van outside the school.

He said: ''I think the school has made a beeline for him because of what I've done.''

Cardinal Heenan's head teacher Dave Forshaw said: ''We are a healthy school and proud of it.

''If parents are not happy then they are perfectly free to take their children to a school that allows pupils to sell these things and allows a father to sell them outside on the pavement.''

The head teacher said pupils were caught around ''three or four times a week'' selling snacks at the school.

''We have six to seven regular sellers we pinpoint'', he said.


What next, mind control? 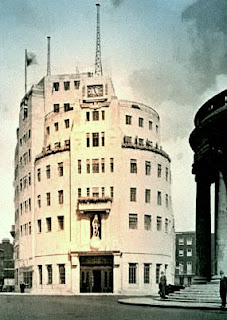 BBC personalities have criticised the production of a 'Top Talent' league table revealing what the Corporation really thinks about its best-known presenters.

Dozens of big names have been ranked in four 'divisions' according to how much audience appeal they are deemed to possess.

Lesser known presenters, such as Kate Humble, the wildlife presenter, Jimmy Doherty, the TV farmer, and Charlie Brooker, the host of BBC4's Screenwipe, also appear in the top division.

The rankings were compiled by senior managers at BBC Knowledge, the corporation's factual arm, and set out in an internal document entitled "Knowledge Commissioning Graded Talent List".

Ben Fogle, a former Countryfile presenter, expressed his surprise at the league table, saying: "I've got quite a thick skin from over ten years working in television so I'm not totally offended by being called average.

"I'm more surprised at some of the other people's ranking in the charts. I was very surprised to see Michael Palin down at the bottom.

A BBC spokeswoman said: "These artists are highly valued presenters and viewers will recognise that they appear regularly across our channels. Our current schedules and our forthcoming seasons make it abundantly clear how important these presenters are to the BBC."

The dangers of carol singing 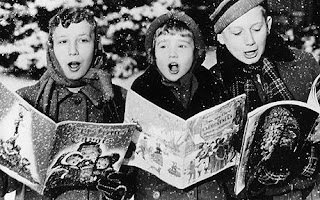 A safety leaflet has been produced to help singers avoid the pitfalls of performing Silent Night or Once in Royal David's City in a suburban street or local shopping centre.

the Ecclesiastical Insurance Carol Singing Guide warns: "Never sing in the road."
Naked flames can also be dangerous, it reminds festive souls, telling them: "Don't carry candles if they're not protected by a lantern."

And for those thinking of sending their young sons and daughters out at night to do some carol singing for them (and after all, who could resist the rattle of the collecting tin from the little angels?) Ecclesiastical has these stern words: "Ensure children are always accompanied by an adult."

These are some of the words of advice from its well intentioned guide, which runs to four pages.

Writing in its introduction - titled "How to ensure you're safe and welcome this Christmas" - Michael Tripp, the company's chief executive, explains: "This guide gives you some handy hints and tips which will help you hit the streets in full voice with confidence."

Other "essential safety advice" includes the top tips "always go with a group and stick together" and "don't carry large amounts of cash - if your donations are stacking up make provision to drop it off, or have someone collect it from you".

John Coates from Ecclesiastical, who helped put the leaflet together, admitted it was "basic".

However, he explained: "There are so many people who have got out of going carol singing that we felt we should start from the ground up.

"And with health and safety around the corner, we thought there was nothing we could leave out."

Ecclesiastical, which is the largest insurer of Anglican churches in the country, has also gone to the trouble of producing a downloadable window poster for those who want to welcome carol singers.

Earlier this year it carried out a survey that found nearly half of respondents did not like carol singers.

And 100 percent said that they didn’t need Elf and safety advice on carol singing.