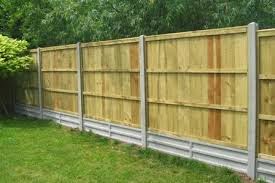 Usual at the Castle this morn, much lack of warm, oodles of atmospheric movement, bags of skywater and fuck all solar stuff.


It's been an "interesting" last seven days or so, as the old saying goes-no good deed goes unpunished which turned out to be more than true last Thursday.


I pottered over to B&Q in Farnborough to suss out some underwater gardening stuff and saw an old fart (about the same age as me) struggling to get four 6x6 foot fence panels onto one of their stupid trolleys which ran away every time he approached it so I lent a hand and grabbed one end of each and the stuff was loaded in less than no time.


Unfortunately it was pissing dahn with wet stuff and the tanalising stuff ended up all over my hands, later that day large welts started to erupt all over my poor old bod, I spent four days scratching and four dark things not sleeping until I finally managed to acquire an appointment with a general medic (not my usual one) who after being an hour late decided to discuss the pros and cons of wood treatment (apparently arsenic is  no longer used, but a copper thingy is now the in thing) while I sat there scratching parts of my body until they bled.


I finally got the script for some antihistamines and some cream and am now on the mend (again). 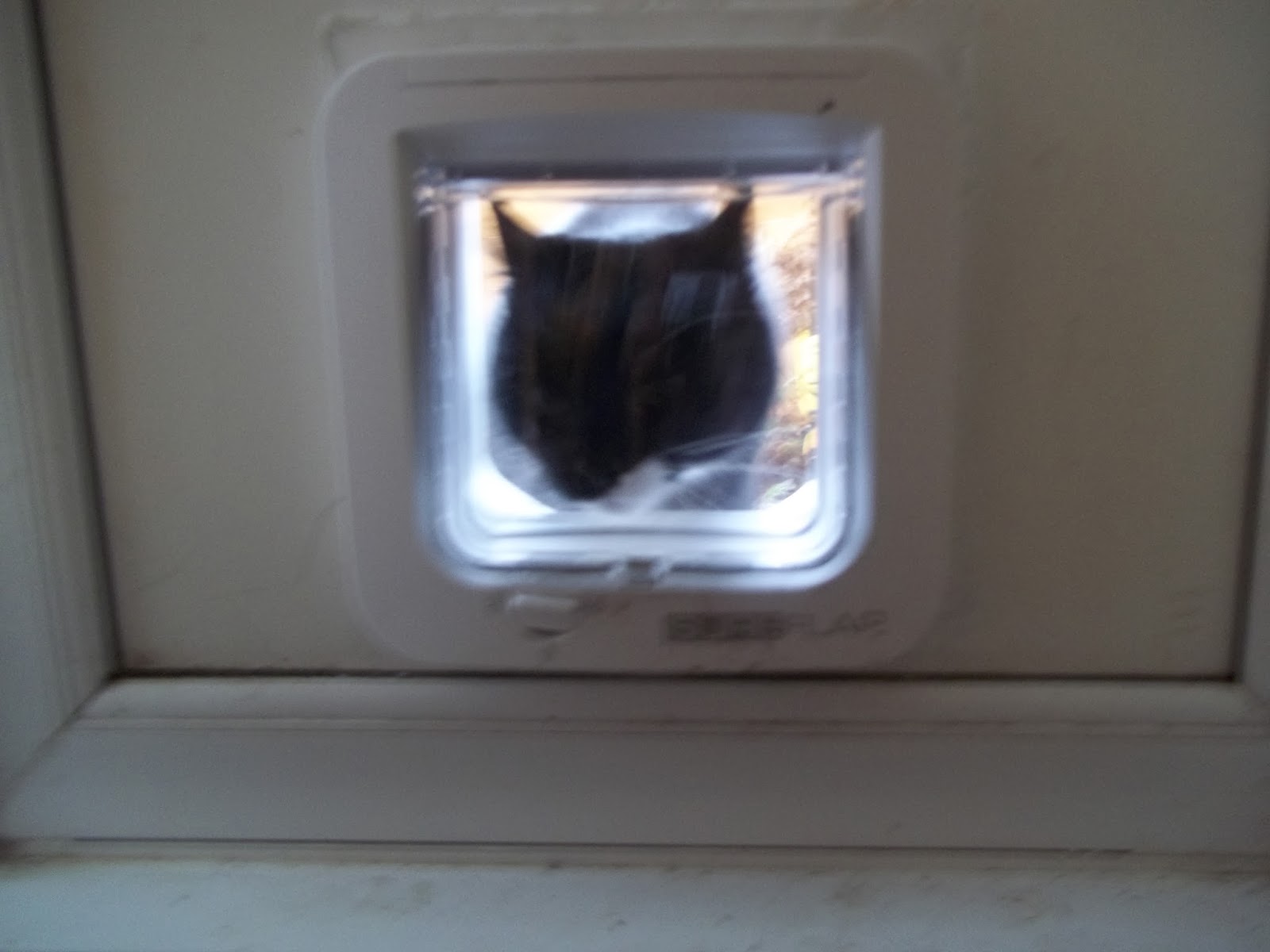 And His Maj has been getting some unwelcome visitors-a couple of scruffy flea ridden moggies that seem to enjoy stealing his food and pissing all over the kitchen.


So I had a gander at the interweb thingy and found a "smart" cat flap, which has a built in scanner and only opens to His Maj's identity chip, bloody wonderful, took minutes to install, seconds to set up and now he can come and go with impunity, have all his food to himself and sit by the flap giving the equivalent of the finger to said moggies.


I would recommend this do-dah if you have similar problems, the only snag is that it cost almost £60, you can get cheaper "magnetic" flaps but it means that your pussy will have to wear a collar and if like His Maj they don't like things around their necks that can be a prob as well.


Since fitting it there have been no raids and the kitchen smells nice again.

Apparently the endless skywater is causing quite a few mishaps for many, many people 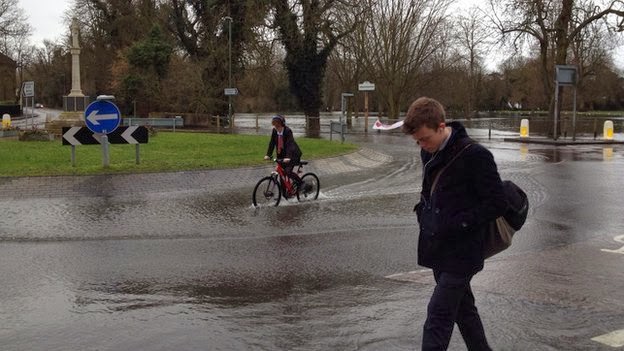 After more than forty light and dark things of rain apparently most of Blighty is submerged, Dickhead Dave has been touring sodden parts of the country to "see" the water and "reassure" the blighted people of Blighty that all will be well and "money will be no object" when it comes to sorting out Noah's puddles. The Secretary of transport, someone named Patrick McLoughlin reckons that there is no "blank cheque" for flooding relief despite Dickhead Dave saying money is "no object".


The Transport Secretary said that the Government would “use every resource” but refused to say that new money will be made available.

Violent winds of up to 100 miles an hour are expected to batter Britain as storms sweep across the country and bring further flooding to some areas.

Forecasters have warned that the storms could bring the strongest winds seen this winter and a month's worth of rain is expected to fall by Friday.

Somewhere in the Reptilian world 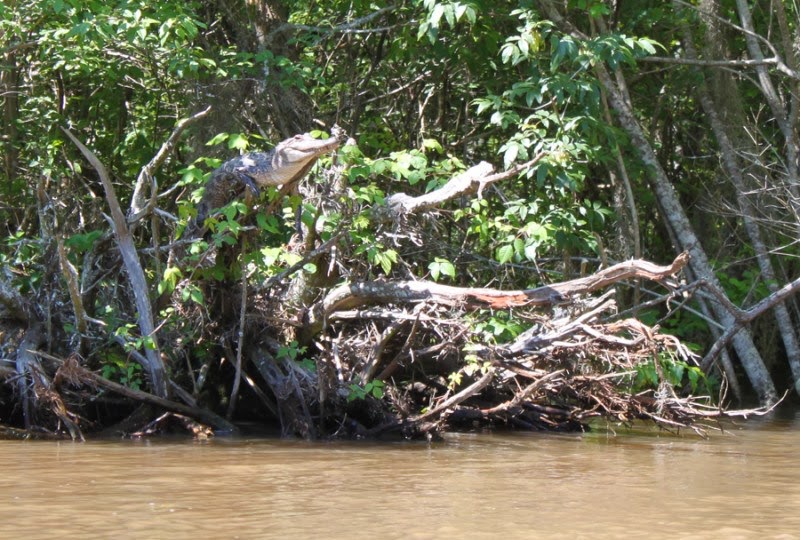 A University of Tennessee, Knoxville study has found that reptiles can climb trees. The study concluded that at least four species of crocodiles climbed trees, but how far up they went varied by their sizes. The smaller ones were able to climb higher and further than the larger ones. Some of them were observed climbing as far as four meters high.


The crocodilians seen climbing trees, whether at night or during the day, were skittish of being approached, jumping or falling into the water when an approaching observer was as far as 10 meters away. This response led the researchers to believe that the tree climbing and basking are driven by two conditions: thermoregulation and surveillance of habitat.

Better cut the trees dahn around the moat then.

Left a lot and dahn a fair bit 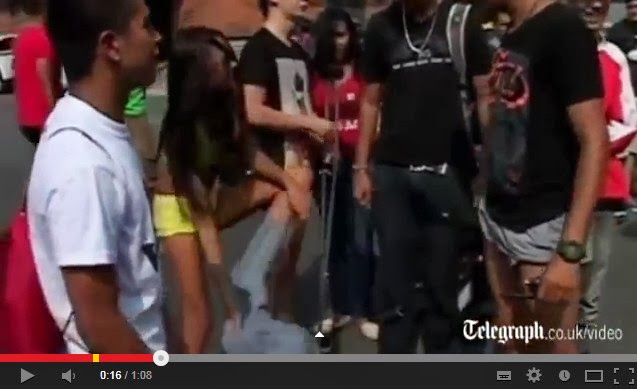 Hundreds of people in nothing more than underwear walked through the city of Medellin and gathered at River Park for 'No Pants Day' on Sunday.

New York performance art group Improv Everywhere started No Pants Day in 2002, but it has since grown into an international craze, which is being used by Colombians as a statement for their freedom of expression.

Left a lot and up a fair bit 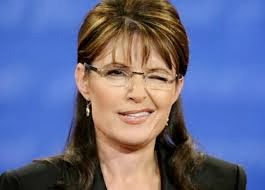 
And to celebrate here are some Palin Twatts:

"Refudiate," "misunderestimate," "wee-wee'd up." English is a living language. Shakespeare liked to coin new words too. Got to celebrate it!


Happy Birthday, Ronald Reagan! February is a month for great presidents. This month we celebrate the birthdays of... http://fb.me/2JcqTtCRj

"But obviously, we've got to stand with our North Korean allies." --Sarah Palin, after being asked how she would handle the current hostilities between the two Koreas, interview on Glenn Beck's radio show, Nov. 24, 2010


"What the federal government should have done is accept the assistance of foreign countries, of entrepreneurial Americans who have had solution that they wanted presented ... The Dutch and the Norwegians, they are known for dikes and for cleaning up water and for dealing with spills." --Sarah Palin, on solving the Gulf oil spill crisis, Fox News, June 15, 2010

Here's to the next fifty years....

That's it: I'm orf to drive some cells 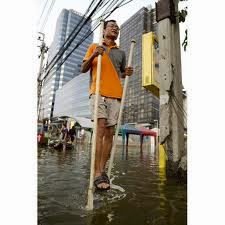