FO to you too 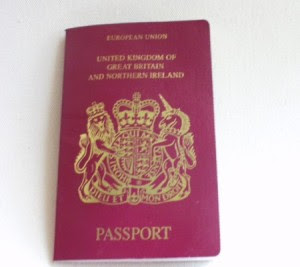 We all know that the British embassies are there in foreign countries in case we get into trouble or need a passport if ours is lost or stolen, well apparently not.

Help with shoe buying, jam making and breast-enlargement surgery are among the bizarre requests made by travellers to British embassies worldwide.

The would-be jam maker asked what ratio of fruit to sugar should be used, the Foreign Office (FO) said.

A holidaymaker visiting Italy asked embassy staff where a particular brand of shoes could be bought.

And a lady unhappy with the size of her surgically-enhanced breasts asked for consular assistance.

The FO also reported that a mother has asked the consulate in Florida to help her teenage son pack his suitcase and give him a lift to the airport as he was feeling unwell.

Other requests have included asking for embassy staff to pay a bill when a credit card had ''maxed out'' and a traveller asking ''Can you tell me how to make my naughty son behave?''

Juliet Maric, the British Consul in Alicante, Spain, said: ''If you have a serious problem abroad - maybe you've been involved in an accident, have lost your passport or are a victim of crime - we can help you.

''But we can't tell you who is allowed to use your swimming pool, pay your taxi fares for you - or do anything about the exchange rate. We regularly get inquiries from people who think we're a one-stop-shop for any problem they might encounter while abroad. 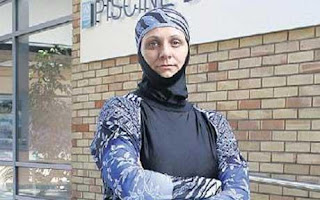 A French woman who converted to Islam has been banned from wearing a "burkini" in a swimming pool outside Paris.

The woman, named only as Carole, 35, was told that the garment, a swimsuit that covers most of the body, was "inappropriate" clothing for a public baths.

Pool staff said her three-piece Islamic swimsuit she bought in Dubai - consisting of a headscarf, tunic and trousers - was against pool regulations and unhygienic.

They had "reminded her of the rules that apply in all [public] swimming pools which forbid swimming while clothed," said Daniel Guillaume, a manager at the pool in the suburb of Emerainville.

The ban was imposed as President Nicolas Sarkozy's government is considering an outright ban on all Islamic dress, such as the head-to-toe burka or niqab, that it considers a "sign of subservience" and "not welcome" in France.

"Burkini" is derived from the words bikini and burka.

Carole, who converted to Islam aged 17, said that one lifeguard had initially given her permission to wear the garment.

She said: "When I bought it I was told it would afford me the pleasure of swimming without revealing my body, which is what Islam recommends.

"I called three swimming pools in my area and a lifeguard of one at Emerainville asked me to come and put my burkini on so he could make up his mind.

"He saw no problem with it, but warned me he alone would not have the final decision."

She bought a season ticket for the pool for herself and her children and was initially allowed to swim several times.

But on Aug 1, she was suddenly banned from wearing the burkini because it was against hygiene regulations.

Carole, however, said she was "made to understand it was a political problem".

"For me, it's segregation and I am going to fight to try and change things," she said.

France is home to Europe's largest five million Muslim population. In 2004, it passed a law banning students from wearing veils and other religious symbols in schools.

I hate to say this but I agree with the French, I wouldn’t fancy jumping in the water after someone who was fully clothed has been swimming, but as usual I see the “victim” has played the “segregation, race, religion” card, and to be honest I am getting fed up with everybody who is not allowed to do something which is obviously outside the range of “normal behaviour” claiming that they are being discriminated against.
If this woman wants to swim fine, buy a proper swimsuit, or change her religion, don’t go to a swimming or build a pool in your garden, but don’t impose your rules on me: when in Rome.......... 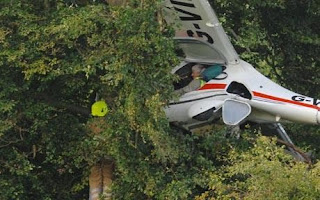 The pilot of a micro-light aircraft was recovering last night after a "miracle escape" when his plane crashed into a tree and got lodged there, on the 15th hole of a golf course.

The plane stuck in the tree between the 14th and 15th holes on Caird Park Golf Club, Dundee, trapping the man about 20ft off the ground.

He suffered head wounds but was still conscious after the crash late yesterday afternoon and was able to talk to medics at the scene while they freed him.

A golfer on the public course raised the alarm after witnessing the incident. Greg Marti, who was also on the course, said: "It's incredibly lucky. The pilot has not just saved his own life but avoided a catastrophe.

"It is a miracle he is alive. He must have been pretty capable at handling that aeroplane. He must have seen what was ahead and kept away from the built-up areas. He deserves credit."

A worker on the golf course said there were unconfirmed reports that the pilot had run out of fuel while heading for a nearby airport.

No he doesn’t deserve credit he deserves to lose his flying license for running out of fuel. 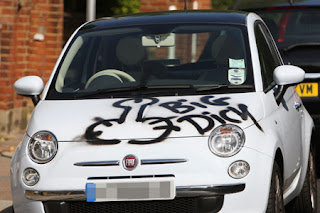 A Fiat owner in London is driving about with the above “art” on his/her bonnet, he/she has obviously pissed somebody off rather badly. 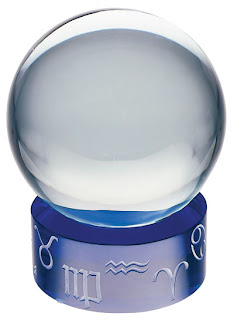 A crystal ball ornament caused a flat fire after magnifying the sun's rays and making a television explode.

Kim Yeates, a former BBC production assistant, praised "heroic" neighbour Neil Clarke after he saw the flames and jumped through a window at her home in Worle, Somerset to see if she was inside.

Yeates was meeting a friend in nearby Weston at the time and escaped the blaze caused by the globe, valued at £20.

The set blew up after the beam burned relentlessly on its side, creating a noise that could be heard several streets away.

A spokesman for Avon fire and rescue service said: "It's thought the fire started accidentally after sunlight refracting through a crystal ball on the windowsill had caused the curtains to catch fire, spreading to a nearby sofa, where a television had been placed on the sofa ready to be thrown away."

The crystal ball must have been broken as well since no one foresaw the fire.

Now the sun has just come out, I give up.