Masses of skywater, minimum atmospheric movement, much lack of warm and bugger all solar stuff (as usual) at the Castle this morn, the right elbow is still excruciatingly painful but at least I can use one finger-hence today’s load of old bollocks.

Son of a B.....aronet and alien reptile in disguise

George (fiddler in the sideboard) Osborne has decided to concentrate his massive lack of intelligence on something even more important than the economy-he wants to get more followers on Twitter than starey eyes Ed Balls.
Mathematically challenged Osborne who started using his account (@George_Osborne) yesterday morning, has already racked up over 34,000 followers despite having only sent four tweets.
In contrast, the Shadow Chancellor has sent over 3,000 tweets, and has gained over 77,000 followers.


When challenged by Daybreak presenter Lorraine Kelly as to whether he spent most of yesterday on the micro blogging site, Osborne replied: "I confess I didn't spend most of yesterday doing it. I did a couple of tweets and I'm getting used to it. But it's a pretty fast and furious world out there on Twitter.”
Within minutes of sending his first tweet, which included a photograph of the Chancellor apparently adding some final touches to his Budget, he was bombarded with abusive tweets.

Took me bloody ages to write them....


Dahn Unda and right a bit 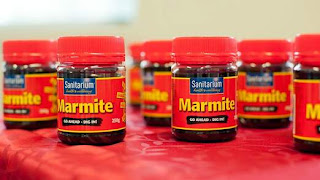 Marmite has returned to New Zealand, after the 2011 earthquake in Christchurch makers, Sanitarium, closed its factory but "From March 20, Marmite is back on supermarket shelves across NZ.
Marmite was originally imported into New Zealand but by 1919 the country had come up with its own version, which tastes quite different from the English version.
As a result, importing English Marmite simply would not work, said Pierre van Heerden, Sanitarium's general manager.
Earlier in March Mr Van Heerden and former All Blacks captain Buck Shelford visited Christchurch to deliver some of the new jars.

And all over Blighty in the “spring” 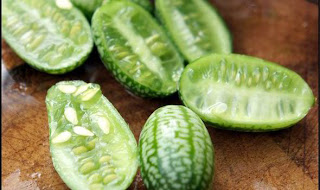 Gardeners will now be able to grow cucamelons which are the size of a grape but looks like a watermelon and it tastes like a cross between a cucumber and a lime.
Suttons Seeds has started stocking the plants, Latin name Melothria Scabra.

A spokesman said: “The fruit can be used in a variety of dishes, including salads and salsa, or on a cocktail stick in a Martini, which works quite well.”


Can’t wait, all you have to do is dig through the snow, break up the frozen soil with a pickaxe, sow your cucamelons and wait, and wait and.......

West to the land of Canadians


Ontario anti-smoking ads featuring young adults farting up a storm at a party has gone viral.
In its new Quit The Denial campaign, the province's health ministry compares social smoking to social farting.
"Well, it's true that I fart. But I wouldn't call myself a farter. I'm a social farter," says the blonde woman featured in the ads, as the camera pans across a party full of young, hip Ontarians letting 'em rip.
"I really only do it when I hang out with my friends that fart. We hang out. We drink. We dance. Just have some fun being together, farting."
The campaign highlights similarities between social smokers and social farters, noting they both do it to break the ice, and the smell tends to linger.
The video has run on blogs, ad sites and newspapers around the world.


Since then, the province has released videos comparing social smoking to social earwax picking and social nibbling food off other people's plates.

Nice to see that Canadians are into social equality.... 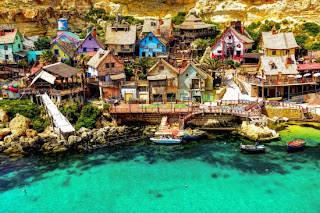 Tucked away in the small island is a place you’d probably never expect to find in the real world– Popeye’s Village. Also known as Sweethaven Village, it is an ideal family-vacation spot and one of Malta’s major tourist attractions. The fun park is modelled on the theme of the favourite children’s cartoon character, Popeye the Sailor Man. Interestingly, this village was the actual set used by Paramount Pictures and Walt Disney Productions to shoot the 1980 film Popeye, based on the comic strips by E. C. Segar.
At Sweethaven, you can expect to see models of all the main characters of the popular children’s cartoon – Popeye the Sailor, Olive Oyl, Bluto, Swee’Pea and Wimpy. You can also go on joy rides and visit play houses, puppet shows, museums, and cinema sessions featuring the film Popeye and the construction of the set. You can even star in your own film, record it and take it home. But that’s not all, there are a host of other things to see and experience, like face painting, balloon modelling, storytelling, open-air barbeques, crafts and Wii games. There’s also a mini golf course and a free wine tasting for adults. The season-specific activities are a huge hit as well, these include water trampolines, play pools and boat rides during the summer and a Christmas Parade along with Santa’s toy town in December.

Lovely, but at least the banks are still open….


That’s it: I’m orf to check the garden for wasp spiders-just in case