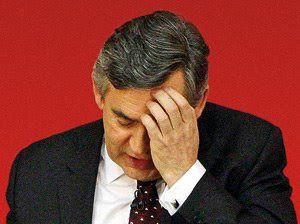 El Gordo dragged his MPs into a meeting at Westminster yesterday and managed to convince them that he is the man to lead Labour out of recession and into another term of office.

I don’t know how he did it; maybe it was a combination of threats and grovelling, or perhaps it is because that the MPs are too afraid to tell him what they really think.

What El Gordo doesn’t realise is that it is not the MPs he has to convince but us, and following the expenses thing and his lack of leadership he has a rather high mountain to climb.

And, let’s not forget who destroyed the economy in the first place by removing regulation from the Financial Services sector when he was Chancellor.

Today he meets with his new cabinet for the first time; the “brown noses” will be out in force; that is of course apart from those plotting his downfall behind his back. 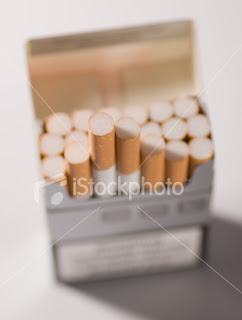 BBC NEWS Treating disease directly caused by smoking produces medical bills of more than £5bn a year in the UK.

In 2005, smoking accounted for almost one in five of all deaths and a significant amount of disability, the Oxford University team said.

The British Heart Foundation who funded the research said tighter regulations were needed on the sale of tobacco.

Previous estimates have put the burden of smoking on the NHS at £1.4bn to £1.7bn, the researchers reported in Tobacco Control.

Study leader Dr Steven Allender, said the increased costs were largely due to increasing expense of treatment on the NHS with better treatment and technologies.

"The story is not so much the five-fold increase but that £5bn is an enormous number regardless.”

"There's two different ways of looking at this - one is if nobody smoked we would save £5bn but the alternative view is this is an enormous health problem and should be moved back up the policy agenda."

Drawing on their previous work on other lifestyle issues, he added that smoking cost five times more than lack of physical activity, twice the cost of obesity and about the same as an unhealthy diet.
A separate paper published by the team in the Journal of Public Health found that alcohol consumption costs the UK NHS £3bn.

Betty McBride, policy and communications director at the British Heart Foundation, said: "This is money being drained out of the NHS as a direct result of something we have the power to prevent.

"Yet the true tragedy of this monstrous figure is the lives that are cut short or ruined as a result of smoking.

"This study shows exactly why we need the strongest possible measures to control the sale of tobacco."

However, Simon Clark, from the smoker's lobby group Forest, said the figure in the report was a guesstimate, and should be treated with contempt.

Mr Clark said it was preposterous to suggest that the cost of smoking to the NHS had risen dramatically, as smoking rates had been falling for 50 years.

He said: "Even if it was true, smokers still contribute twice that amount to the Treasury in tobacco taxation and VAT.

"Far from being a burden on society, smokers make an enormous financial contribution."

Another part of the cunning plan; and an excuse to put up prices again. 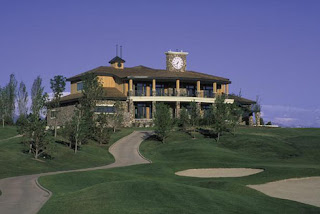 Not really funny but……

Telegraph a 66-year-old man was knocked down by the silver Mercedes when it suddenly lurched forward as his son, coached by a brother in the passenger seat, tried to manoeuvre it away from the clubhouse.
Doctors attending a medical conference at the venue ran to help the man at Sonning Golf Club, Berkshire, and treated him for a serious leg injury before paramedics arrived.
However, minutes later he suffered a cardiac arrest.
Paramedics used a defibrillator and he regained consciousness, but then later died at the Royal Berkshire Hospital in nearby Reading.
A member of the club, where players pay up to £1,100 pounds for five days on the course, said the unnamed the victim, who lived in Abingdon, Oxfordshire, had been driven to the venue by his two sons.
"After he was dropped off, one of the sons, who was learning to drive, was being given a lesson by his sibling," he said.
"Unfortunately the car lurched into the elderly father and knocked him down.
A spokesman for Thames Valley Police spokesman said: "A silver Mercedes collided with a 66-year-old man in the car park of the Sonning Golf Club, on Duffield Road at around midday on Saturday," he said.
"The man was taken to the Royal Berkshire Hospital, where he later died."

As I said not really funny but what a bit of luck finding all those Doctors at a golf club. 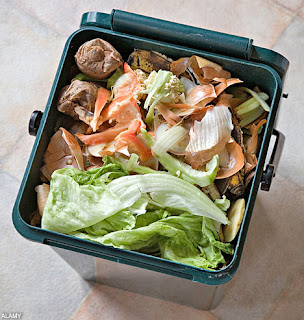 Every home could be forced to use "slop buckets" under Government plans to cut waste by banning councils from dumping food scraps in landfill.

With the new recycling boxes, used for all leftovers and all other food waste, households will have to deal with up to five different bins and remember increasing complex patterns of waste collection. Campaigners are also concerned about the hygene implications of leaving out rotting food particularly during the hot summer months.
However, Hilary Benn, the Environment Secretary, said it was ridiculous to continue dumping food waste or other materials such as aluminium or glass that can be recycled or used to generate energy.
He announced a £10 million investment in new technology that turns food waste into biofuels and launched an informal consultation on banning food waste being sent to landfill.
If councils are not allowed to send food waste to landfill it will mean collecting food scraps separately in a slop bucket so it can be converted into fuel or burned along with other materials in an incinerator.
Councils warned the cost would be passed to taxpayers unless they are allocated additional funds and campaigners said the new system could have problems for hygiene.
Almost one in four councils have already introduced separate food waste collections and there is pressure from the EU for more to follow.
Doretta Cocks of the Campaign for Weekly Waste Collection, said householders are already concerned about unpleasant odours from food waste attracting flies and other pests.
"As well as having serious implications for council tax payers, compulsory food waste collections would be impossible to administer," she said.
However Richard Swannell, director of retail and organics at the Government's waste watchdog WRAP, said that in areas where separate food collections have already been introduced people have reported a high level of satisfaction.
"Chucking food waste into landfill produces greenhouse gases that are contributing to global warming. It is much better if we cut food waste in the first place, compost it at home or use a process that generates electricity and also preserves the nutrients [anaerobic digestion]," he said.
Yeah right, we haven’t got anything else to do have we? This of course comes from the EU which only 30% or so of us voted for. 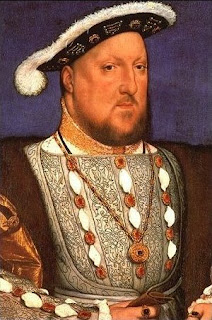 Another part of the cunning plan?

The £5 Henry VIII commemorative coin that is yours for £4,400 - Telegraph

The Royal Mint has issued 100 of the Crowns in platinum at £4,400 each to mark a reign which instigated the Golden Age in English History.
It is the first time in more than 450 years that the monarch's head has graced a coin and Royal Mint hope they will become treasured mementoes of his controversial reign.
Dave Knight, Director of Commemorative Coin at the Royal Mint, said: 'Love him or hate him, Henry VIII is undoubtedly one of history's most influential monarchs.
"His reign changed the face of England forever and we felt it was essential that this remarkable period of history was commemorated with a lasting and treasured memento."
A further 1,509 (the year he came to power) coins in gold are also available for £1,195 each with 10,000 more in silver, priced at £44.95, and 100,000 in nickel for £9.99.
The Royal Mint's coin shows the great king standing before a frieze of roses in the 'antique' style much favoured in the carvings and tapestries of the period.
The edge of the coin features a Latin inscription "ROSA SINE SPINA", which was also used on Henry VIII's own coinage and translates as 'Rose without a Thorn'.
And a quote from me: at those prices-bugger off.


“I have a very, very, very cunning plan. Is it as cunning as a fox what used to be Professor of Cunning at Oxford University but has moved on and is now working for the U.N. at the High Commission of International Cunning Planning?”- Blackadder