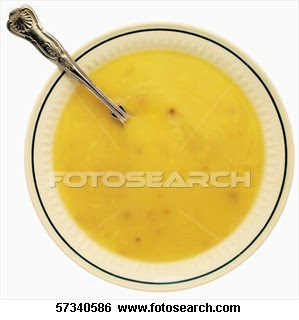 A bit slow on this but I have only just stopped laughing...

BBC NEWS Arrest in Mandelson custard probe Police say they have arrested environmental campaigner Leila Deen after an incident in which green custard was thrown at Lord Mandelson.

The business secretary was confronted before he was due to take part in a low-carbon summit in London.

He told the BBC's Andrew Marr Show of his "surprise" his attacker had been able to avoid security outside the Royal Society on Friday morning.
Ms Deen, of Brighton, has been bailed to return at a police station in April.

Lord Mandelson said the custard had given him a "slight" facial irritation.


The police are not obliged to investigate an incident of this kind unless a formal complaint has been made.

So “custard Mandy” has complained, how brave of him, the people who should be arrested are the so called “security” staff.

Lord Mandelson also told Andrew Marr that he was "slightly surprised" his attacker "could just saunter off without being apprehended".

Why? Doesn’t he know the law?

Home Secretary Jacqui Smith told Sky News' Sunday Live programme: "I don't think in a democracy where people are able to speak up that anybody should chuck custard at anybody in the street. It's not appropriate."


Oh dear, I don’t think she should have said that.

“The first law of dietetics seems to be if it tastes good, it’s bad for you.” Isaac Asimov

NHS-THE OTHER SIDE
Posted by Angus Dei at 09:04 0 comments