The end of excess: Banger tax: The end of men: Dessert Numpty: Pussy on a leash: and ET floats home.

Gale is howling and Dawn’s crack is nowhere to be seen at the Castle this morn, the sky water is moving horizontally across the vista and his Maj has discovered the joy of shoving his nose into my ear and purring to wake me up.

And as Blighty returns to "normal" after what seems like two weeks of "celebration". 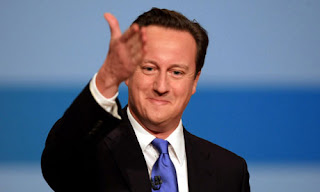 Is going to “tackle excess in the City”, with the same energy that it is clamping down on benefits cheats, and bring down the deficit this twenty eleven plus one.
Our beloved Prime Monster is going to be “bold, confident and decisive” about the future.
Knob head Dave is pinning his hopes on the Olympics and her Maj’s diamond jubilee to fill in the black hole that his Piss Poor Policies have created.


Meanwhile more than five hundred health workers have been vaccinated against smallpox enabling them to deal with a biological terror attack at this year’s Olympics.


And our barmy “justice” system has decided that a trainee accountant from Bangladesh who came to Britain to study has been granted permission to remain in the country after successfully claiming that he had made friends and played cricket on Sundays.
While the Home Office turned down Abdullah Munawar’s initial bid to stay on in the UK after graduating, the courts overturned the decision and ruled that he could continue to enjoy a “private life” in this country under Article 8 of the European Convention of Human Rights.


And just to cap it all; hundreds of thousands of elderly people are being robbed of their dignity by England’s failing social care services and left at risk of “terrible abuse and neglect”, U-Turn Cam has been warned.
Thousands are forced to sell their homes and use up their savings to pay rising care bills each year, while businesses are losing experienced staff who are forced to quit to look after their relatives.
In a letter published in The Daily Telegraph on Tuesday, the experts say that a lack of “political leadership” must not be allowed to condemn 800,000 frail pensioners to a life of loneliness any longer.

Oh to be in England now that aliens rule...

And to help bring down the deficit 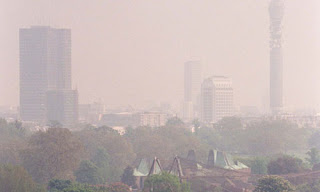 Large vans and minibuses which are more than 10 years old are facing a new charge of £100 a day in Greater London, if they fail to meet pollution limits.
It is the first time the vehicles have fallen under the Low Emission Zone, which covers most roads inside the M25.
From today tougher restrictions will also mean £200 daily fees for Lorries, buses and coaches which fall short of European Union standards on pollution.
Also among the new regulations is a ban on black cabs which were produced more than 15 years ago.
This means about 2,600 vehicles, or 10% of the total fleet, will become unlawful as their licence plates expire.
And a "no-idling" campaign will be launched this month, to encourage all drivers to turn off their engines if stationary.

No more driving to the Smoke for me then....

Over in the rich bit of the Eurozone 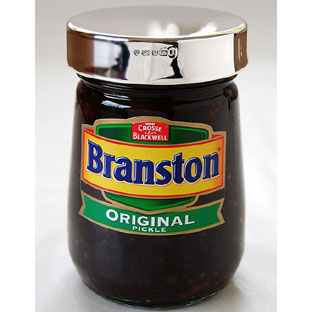 Scientists have made a major breakthrough that could soon see human sperm grown in the laboratory.
The development opens up the possibility of infertile men being able to father their own children rather than using donor sperm.
Researchers in Germany and Israel were able to grow mouse sperm from a few cells in a laboratory dish.
In a world first a team headed by Professor Stefan Schlatt, at Muenster University in Germany, were able to grow sperm by using germ cells. These are the cells in testicles that are responsible for sperm production.
Scientists grew the sperm by surrounding the germ cells in a special compound called agar jelly to create an environment similar to that found in testicles.
Prof. Mahmoud Huleihel, who also grew the sperm at Israel's Ben Gurion University in Beersheba, said: "I believe it will eventually be possible to routinely grow human male sperm to order by extracting tissue containing germ cells from a man's testicle and stimulating sperm production in the laboratory."

Nice, still as long as the Ladies can’t open pickle jars we are safe....ish.

Back in the smoke free Smoke 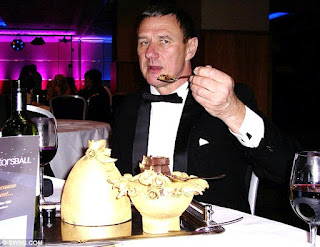 A  Numpty with far too much money has tucked into the world's most expensive dessert, which he bought for $33,500 to cheer himself up after he was dumped by his girlfriend.
Diamond merchant Carl Weininger, 60, splashed out on the extravagant pudding as a "pick-me-up" after she ended their three-year relationship.
The chocolate-laced pudding was styled like a Faberge egg and its list of ingredients included edible gold, champagne and caviar.
It contained a gold bracelet and spoon set and the cherry on top was a two-carat diamond.
Weininger took the pudding to the Aviators' Ball, at the Sofitel Hotel at London's Heathrow airport, where lucky guests sampled the luxury dessert.
Each mouthful cost about $1200 and the whole dessert took just 15 minutes to devour.

Cheap at half the price...

And all around the big round thing 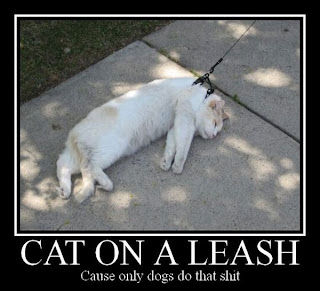 How to train your pussy to go for a walk:
Whether your cat is exclusively indoors, or an indoor-outdoor variety, there are times you'll need to keep him confined with a leash. Even older cats can be trained, given patience.


1.Purchase a comfortably-fitting harness and lightweight leash with a secure clip. Do not use a collar, as the cat may be able to slip out of it. You want the leash to pull from the chest rather than the throat. The cats' Walking Jacket is a fine alternative to a harness, virtually escape free, and with the leash attached mid-back, for comfort.
2.Put the harness and leash somewhere near kitty's sleeping area and leave it there for several days to accustom him to its appearance and smell.
3.Wait until just before his normal mealtime, and then put the harness on the cat. You should be able to comfortably slip two fingers between the harness and his skin.
4.Immediately feed him his favourite meal and praise him when he is finished.
5.Let him wear the harness for awhile. If it seems to bother him, distract him by playing with a favourite toy.
6.When your cats seems to be accustomed to the harness, take it off.
7.Repeat steps 3 through 6 for several days, leaving the harness on longer each time.
8.Next, attach the leash to the harness and let kitty walk around the house, dragging the leash. Watch him carefully that he doesn't get tangled up around furniture.
9.Praise him for being such a good cat, and give him some loving hugs.
10.Repeat steps 8 and 9 for a few days, until the cat seems to accept the harness and leash.
11.Now, let him walk around as usual, but pick up the business end of the leash and follow him in his wanderings. Keep the tension slack, so as not to restrict his movement.
Practice step 11 for a few days.


12.Teach kitty to follow you by talking to him in a cajoling manner and lightly pulling on the lead. Don't fight him. Leash-training should be a pleasurable experience for the cat, not an adversarial one. On the other hand, if he tugs at the leash, simply stop until he relaxes, then move on.
13.You're ready to move outdoors now. Do it gradually, and take your first short excursions in your own back yard, or in a quiet area.
14.Gradually increase his exposure to the sights, sounds and smells of the outdoors. Soon, the two of you will be able to enter walkathons together.


Dahn at the bottom of ‘Ampshire 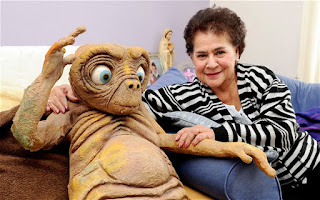 Pensioner Margaret Wells, 76, is delighted to have been reunited with her beloved E.T. which was handcrafted by her daughter nine years ago.
It was stolen - along with a haul of jewellery and an iron - from Mrs Wells' home in Cosham, Hants, in September.
Police have now ensured the extra-terrestrial came home after it was spotted in the sea five miles away off Old Portsmouth, Hants.
A walker dialled 999 after spotting it floating near the shore last Thursday.
Police and coastguard attended the scene and quickly realised it was not a human, but the alien model.
Mrs Wells said: 'There's only one in the whole of England and that is mine. "The police rang and said somebody has found a body in the Solent and it belongs to you - it's E.T.'
"I always knew E.T. would come home.

And I thought he could fly....

That’s it: I’m orf to tickle a Gorilla 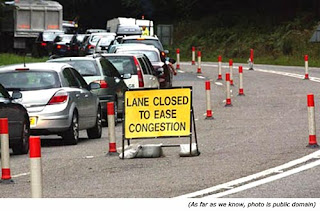