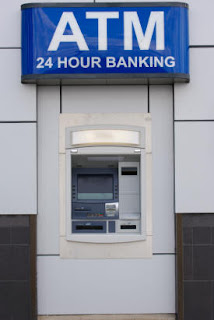 Just came across this UK News - Man, 78, dies as bailiff takes him to ATM

A 78-year-old man recovering from a stroke and a heart attack who was taken to an ATM machine by a bailiff suffered another heart attack and died.

Magistrates ordered a bailiff to go to Mr Miller’s home to collect a £60 fine plus penalties, even though his relatives had informed the authorities he was unable to pay because of ill health.

Justice Minister Jack Straw, who represents Blackburn in Parliament, has ordered the investigation.

“Justice Minister”? What firkin justice? Mr Miller died for a Parking Fine: the magistrates concerned should resign, and thank themselves lucky they are not being prosecuted themselves. This is one of those stories that kick you in the guts, the life of a man wasted for £60.

What the firk is this bloody country coming to? A bailiff taking an elderly man to get money out of an ATM machine, so that he can get his cut.

I never thought I would say this but I am ashamed to be British, the country has reached the nadir of its morals.

This is proof that money overrides all else, compassion; decency and “justice” no longer exist in Blighty.

I am disgusted and appalled at the action of the so-called justice system, heads should roll and not after years of investigations but NOW.
Angus
Posted by Angus Dei at 16:51 1 comments