More than a touch on the lack of warm side, lots of missing skywater, even less atmospheric movement and Dawn’s crack is still a while away at the Castle his morn, spent most of the first day of twenty twelve plus one lying on the bed watching all the films and things I have recorded over the last few weeks-much more entertaining than the usual crap on the “proper” TV. 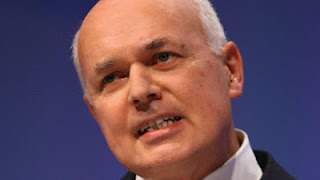 According to the top knob at the Dept of Witless Pillocks the welfare system discourages claimants from working with newly published figures from his department about how different groups have fared under the recession.
Allegedly means-tested benefits which excludes pensions and child benefit - went up by between 1.8 per cent and 6.3 per cent each year from 2007 to 2012. The overall effect was that most benefits were 20 per cent higher in April 2012 than in April 2007.
And that over the same period, the average weekly wage in the private sector rose from £386 a week to £431, an increase of just below12 per cent.


So let’s ignore the precept that all benefit claimants are living the life of riley with the blinds drawn all day and have a look at the truth.


Under the new “universal credit” rules:


This is the basic allowance: per month:


So over 5 years those who do not / cannot work have had an increase of £10/£20-ish each week and those lucky/well enough and in employment got £45-ish per week on average.


Numbers can be made to do whatever you want them to but you need to look at these figures in perspective.


It really is time to stop listening to the scrounger mongers like the Irritable Bowel Twins who are trying to divide Blightyites into have/have not’s or work/work not’s so that they can garner votes in 2015 to remain in power and keep their lifestyles.


Because no matter who you are or what you have today, tomorrow it could you be you that has to fill in the forty page benefits claim form and stand in the queue for your weekly pittance. 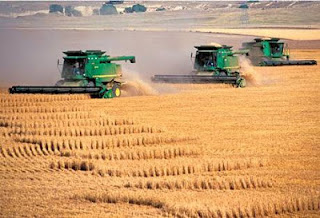 According to “experts” average annual food bills could go up by £240 as shoppers pay the price for one of the worst wheat harvests since the Eighties.
Economists warn consumers face rises of up to a further two per cent before prices steady in April or May.
An average basket of 10 basic foods – milk, bread, cheese, eggs, tea, sugar, potatoes, cereal, a chicken and a bag of carrots now costs £19.41 at Tesco. If prices rise as economists are forecasting it could go up nearly 40p by mid spring. Vicky Redwood, of analysts Capital Economics, said wheat products have been affected worst.


The average family’s weekly food bill in September was £77. Ms Redwood says that figure is now £80.85 but could rise to £81.62 by late spring, £4.62 more than in the autumn. If this continues then the average annual bill will rise by £240 although experts are hopeful prices will start falling in the spring.
See above item.....

Allegedly a Swiss newspaper investigation has turned up an ugly side of the beautiful Alpine land: many people like to include dogs and cats in their diet.
The Tages Anzeiger said farmers in the Appenzell and St Gallen areas in particular slaughter the creatures to eat themselves or to pass on to friends. The favoured breed is a dog that is related to the beefy Rottweiler.
“There’s nothing odd about it,” a farmer told the paper. “Meat is meat. Construction workers in particular like eating it.”
Another farmer told how he raised animals and then called in a butcher friend to kill them when they were ripe for slaughter. And another described how he either shot the creatures – usually adored as pets – or bludgeoned them to death.


According to the report, people ate the meat as “mostbröckli” – more usually a form of beef or ham that is marinated. One farmer said: “No-one knows what it is when you prepare it in this fashion.”


Lovers of “cat and dog” meals are not allowed to sell the flesh commercially, even though some communities have pressed in the past for it to be sold on market days alongside the usual fare of beef, pork and lamb.


The country also has a small but thriving trade in cat pelts for coats and bedspreads.


While not on a commercial scale, the practice horrifies animal rights activists in Switzerland – but the eating of such creatures is not forbidden by law. In Switzerland, a person who wants to kill a cat or dog will only be prosecuted if the killing is itself cruel.


The Swiss parliament rejected changing the law to protect dogs and cats from human consumption in 1993.


West to the land that is rife with Scientologists 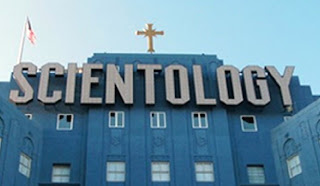 According to allegations by BBC Panorama reporter John Sweeney in a new book, "Church of Fear: Inside the Weird World of Scientology," reports the New York Daily News.
In the New Mexico desert lies an allegedly secret Scientology installation that includes a huge message for extraterrestrials -- a crop circle-type design that can only easily be seen from high above the ground.
In his book, excerpted in The Sun, Sweeney writes that the two huge interlocking circles -- each of which has a large diamond shape inside -- were created as markers to guide special Scientologists "returning from space to find Mr. Hubbard's works after a nuclear Armageddon wipes out humanity."


The BBC reporter tried to find "the space alien cathedral that ex-Scientologists say was built deep underground by the church in the 1980s at the cost of millions of dollars.
"Its vault houses the lectures of Hubbard on gold discs locked in titanium caskets sealed with argon. The cathedral is H-bomb proof," Sweeney reports in his book.


Sweeney went to the supposed site of the alien cathedral accompanied by former Scientologist Marc Headley.


"Headley says he was 'audited' -- given spiritual counselling -- by Tom Cruise, Hollywood superstar and leading church member. Marc says he was also beaten up by the shadowy church's leader David Miscavige. The church denies both incidents," Sweeney alleged.


Spiffing, maybe they could have a gathering at the cathedral of all the Scientologists in the world and then we could weld the doors up..... 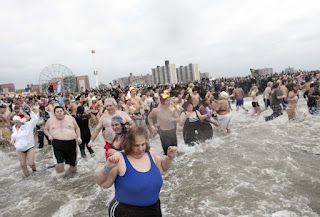 
Good luck with that….


Got over New Year’s Eve yet? 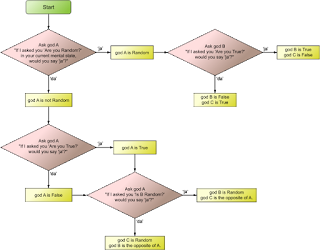 Good; wrap what is left of your brain around this “logic puzzle”.


"Three gods A, B, and C are called, in some order, True, False, and Random. True always speaks truly, False always speaks falsely, but whether Random speaks truly or falsely is a completely random matter. Your task is to determine the identities of A, B, and C by asking three yes-no questions; each question must be put to exactly one god. The gods understand English, but will answer all questions in their own language in which the words for 'yes' and 'no' are 'da' and 'ja', in some order. You do not know which word means which."

It was dreamt up—and solved—by US logician George Boolos shortly before his death in 1996.


The answer is here-sort of.


That’s it: I’m orf to cancel my trip into space (if I can remember to).


And today’s thought:
Service delayed due to over running engineering work 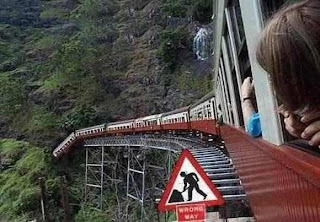