Weather-dark and raining, the RFBC is engrossed with a blackbird on the lawn but I have no worries about her bringing anything into the house as in the ten years she has decided to live here she has only managed to catch a worm (don’t ask).

Just a mention for Patrick Swayze who died aged 57, good actor, could dance a bit, seems to have been one of the quiet ones, death at any age comes as a shock for loved ones but, when it is clearly before their time it hurts so much more, my condolences to his family. 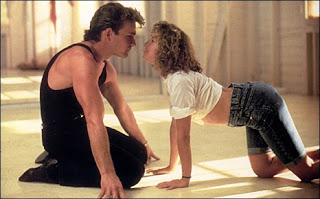 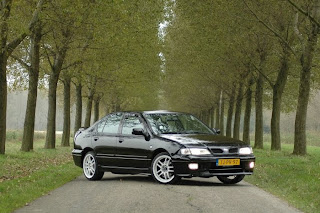 Today’s Numpty comes from Russia (is it still called that now? I get confused with all the ex “USSR” countries).

A Russian thief did not get far after he stole a car from a repair shop in southern Moscow without realising the car had no brakes.
When the 24-year-old thief tried to get away with the broken Nissan Primera, he noticed the car had no brakes. After sailing trough a set of traffic lights he smashed into another car. A Moscow police spokesman said: "He told us he had seen mechanics do a paint job on the car and saw them leave the keys in the ignition so he decided to take his chance.""But what he didn't know was that the car was also getting new brakes fitted."The thief was arrested and charged with theft.

That’s what you get for stealing a Nissan. 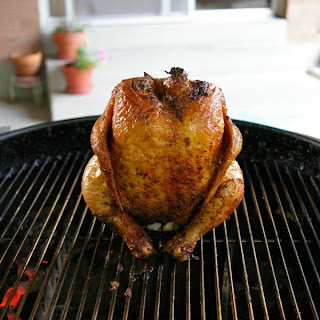 From over the pond:- TROUTVILLE, Va. (AP) -- An animal rights group wants to rent a prison building the state plans to close and turn it into the nation's first chicken empathy museum.
A People for the Ethical Treatment of Animals official sent a letter Monday to Gov. Tim Kaine asking to rent the Botetourt Correctional Center building in Troutville.
Kaine spokeswoman Lynda Tran said the state doesn't lease to private entities except for cases grandfathered in when it purchases buildings.
PETA spokeswoman Ashley Byrne said the Norfolk-based group thinks a former prison is the ideal setting for exhibits on what it contends is mistreatment of chickens raised for slaughter.
Reiman said the museum also would have displays detailing chickens' habits and intelligence.

You would have thought that with a name like Troutville it would have been a fish sanctuary.
Now who's a Numpty? 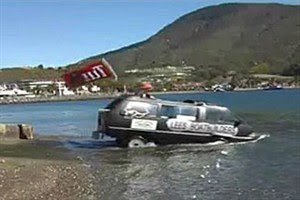 A while ago I posted about a van which crossed the Cooke straight in NZ, and I will admit that I wasn’t exactly complimentary:
An amphibious van that managed to sail across the Cook Strait has sold for more than $9000 on the auction website TradeMe tonight.
The winning punter, whose username was "fyfie1" placed a winning bid of $9100 that beat 141 others for the duel-action vehicle.A $1 reserve had been placed on the auction.
The matt black DIY diesel boatvan, called "Roofliss - the Toyota Townace Interisland Van" by its builders Adam Turnbull and Dan Melling, crossed Cook Strait on September 6.It took 10 hours for the 65km journey from Waikawa Bay Marina to Mana Marina.
The pair of aeronautical engineers, both 23, dreamed up the interisland voyage to keep busy and out of Blenheim's bars. They completed the conversion of the Toyota Townace for about $2000.Their auction description attested to the power of the "only van you can't get done DIC in".
It has no WOF or registration, and to turn it into a roadworthy vehicle would take a fair amount of work, the pair said in answering a question on the auction website.
"The doors don't open; it has half of the driver's seat remaining, no seatbelts, rigid rear suspension, knarly prop on the back..."However, it did have a "mean home theatre system" and dolphins were attracted to it, the men said.Its "massive sunroof" also provided pretty good air conditioning.
Fyfie1 has not only purchased the van, Mr Turnbull and Mr Melling were promising to throw in a few litres of diesel, a "flash" Pioneer amp, maybe a few Tui beers and some gas.It also came with a floating keying. 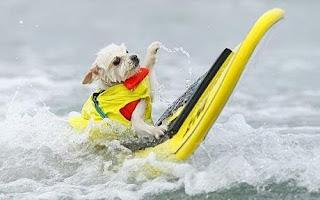 America's coolest pets have gathered in San Diego for the Dog Surfing World championships.
Record crowds for the event were drawn in to watch the contest at Del Mar beach in San Diego.
Different breeds, from pugs to Burmese mountain dogs, competed against each other for the coveted prize.
"It just doesn't get any greater than San Diego showing its love for dogs and its love for surfing," said Michael Arms, president of the Helen Woodward Animal Centre, which organised the event. "What could be more fun?"
Mr Arms estimated that the crowd at the "world's largest dog surfing event" to be nearly 4,000, doubling attendance numbers for 2008.
Next year, the organisation aims to take the contest to a global level with competitors from around the world.
Money raised at the event is used to send staff from the animal centre, in the role of educators, on international trips to other animal shelters and animal rights groups.

What can you say? Woof Woof.
And finally:
Head between knees and kiss your arse goodbye-or not 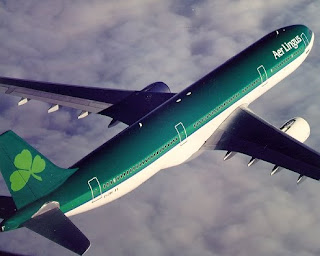 Aer Lingus cabin crew caused chaos on a Dublin to Paris flight by accidentally playing a message in French which warned that the plane was about to make an emergency landing.
An initial announcement in English had told passengers to return to their seats and fasten their seat belts because of turbulence.
But then a second one in French said the Aer Lingus plane – which was heading south over the Irish Sea – was about to ditch.
Terrified French passengers, who made up most of the 70 travellers on board, were said to have "freaked out" with many crying out and bursting into tears.
One English speaking passenger said: "The French man sleeping next to me woke up and looked very startled.
"He then translated what had been said, that the plane was about to make an emergency landing and to await instructions from the pilot.
"I got quite alarmed. The woman behind me was crying. All the French totally freaked out."
The plane was just 20 minutes into its flight to Paris when the bungled announcement was broadcast. The mid-air drama happened on August 4.
After the blunder, the cabin crew realised their mistake and swiftly apologised in French.
A spokesman for the airline said: "The was a malfunction of the public address system and we apologise to our passengers.
"This sort of thing happens very rarely."