A bit more Periosteal pecking: Old age principle: Keep it in your pants: Jelly-Flower: Spagbollocks: The Dog’s in the dinner: and Cheep housing.

A touch of the big yellow thing at the Castle this morn, still cold and a fair amount of atmospheric movement, his Maj is a happy boy because he can go out, get covered in wet stuff and mud from the borders and then come in and sit on my lap. 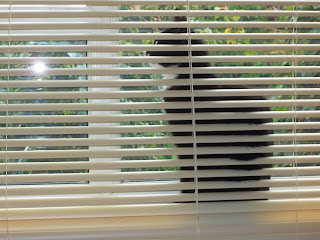 More than a whimsy late because I have been to see my General Medic to have the Left elbow pecked in the Periosteal, hurt like buggery, but the real pain won’t kick in until tomorrow-so don’t expect any posts for a day or so.... 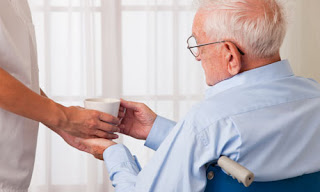 Has pledged its support in principle for a cap on the amount people would pay for care during their lifetime.
A £35,000 lifetime limit was recommended by a government-ordered inquiry chaired by the economist Andrew Dilnot a year ago. Old people would take out insurance to cover payments up to this ceiling, with the state then picking up the bills.
But Son of a B.......aronet and alien reptile in disguise George (my Parlimentary pension will keep me out of care) Osborne has refused to sanction the £1.7bn a year cost, which was predicted to rise to £3.5bn over time, and decisions have been put off until a government-wide spending review due next year. This means social care reform is unlikely to happen before the 2015 election. When action is taken, the cap could be raised to as much as £75,000 to keep down the cost to taxpayers.
Instead the Elf Secretary will announce today that many of the 40,000 old people who have to sell their homes each year will be offered a form of loan through their local authority from April 2015.
And then get the money back when the old farts die and their houses are sold to repay the “loan”.

Snag-what if there is a husband, wife or partner still living in said dwelling, where do they go;  into care which will have to be paid for by the old farts who have paid tax all their lives?

And while the old get stuffed by the young 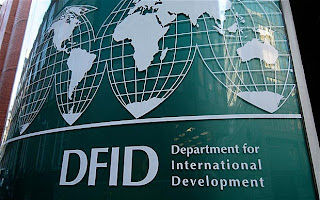 The Piss Poor Policies Millionaires Club Coalition is using the £1.7 billion saved from looking after the elderly to donate more than £1 billion to help family planning services in the developing world.
In a bid to help 24 million girls and women in the world's poorest countries, British aid will be doubled for eight years, International Development Secretary Andrew Mitchell will announce later.
Aid for family planning will increase from £90 million each year to £180 million - more than £1.4 billion over eight years.
Mr Mitchell said: "The health and rights of girls and women are front and centre of Britain's aid programme. Being able to plan the size of her family is a fundamental right that we believe all women should have.
"British support will mean that millions of women who are currently unable to access or use family planning information, services and supplies will be able to decide, freely and for themselves, whether, when and how many children to have. 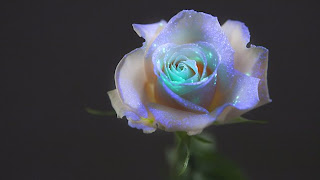 Australian company Bioconst has started research to create fluorescent flowers by splicing Californian jellyfish DNA into various blooms.
The company already produces a fluorescent substance which is sprayed on to flowers causing a glow but now work has started on flowers which emit light without the need for a spray. Professor Mark Tester, vice-president of Bioconst said:
"They would look the same, until you turn the light out and put them under a UV light. You wouldn't know there's any jellyfish there."


Up in the Smoke (literally) 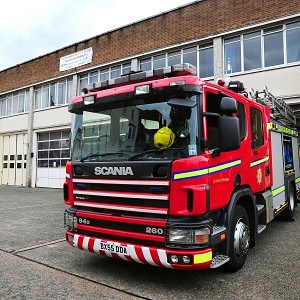 A pair of Cupid Stunts thought it would be a good idea to try to heat a tin of spaghetti – with a toaster and set their maisonette on fire, it took four fire engines and about 20 fire fighters to put out the blaze in  Hornsey Rise, north London.
According to Fire brigade watch manager Adam Barnett ‘The two men had wedged the toaster on and were cooking a tin of spaghetti on top of it,’ he said.

And talking of Pasta 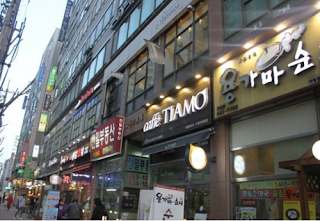 A recent Internet uprising has led to Caffé Tiamo, an Italian restaurant in Incheon, South Korea, to change its menu.
It seems that “Spaghetti alla Carne,” which contained dog meat is no longer available. 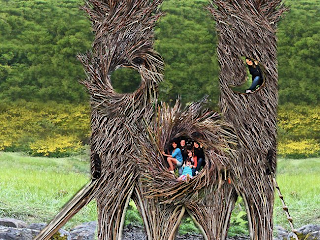 Californian builder Jayson Fann has gone into business creating human-sized nests made from locally harvested wood, which he cuts and spirals together

The constructions range from indoor love seats to thirty-person look-outs.
Each construction needs the help of two or three assistants, depending on the size of the project.
The lengthy process begins with stripping branches to ensure no damage is done to the living tree before removing the leaves and twigs.
The nests are mostly made of eucalyptus for its strength, and each sculpture needs two and a half trailers of wood.
By bending the wood and using counter-sunk screws the structure is expected to remain strong and intact for many years.


That’s it: I’m orf to charge my mobile with a T-Shirt 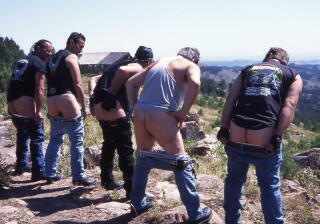