More than a lot of lack of warm, minimal amounts of atmospheric movement, minus amounts of skywater and missing solar stuff at the Castle this morn. 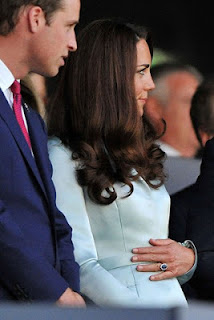 Allegedly Pippa’s sister has been banged up by some tall bald bloke and is in ‘Orspital with a touch of morning sickness, that’ll teach em.

All across up the duff Blighty 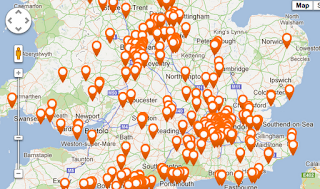 Doctors are earning £1,200 for a single day’s work due to high demand for out-of-hours GPs.
Some are even being paid bonuses for going out and visiting patients rather than dealing with them over the phone according to the Daily Turdygraph
Younger GPs are shunning the traditional route of working their way up in a practice, they say, in favour of locuming which enables them to earn up to £20,000 a month.
Carmen Marshall, who runs The Locum GP Consultancy in Luton Beds said hourly rates, had risen in the past five years because of a paucity of GPs.
She said the £1,200 figures tended to be for 12-hour shifts on bank holidays.
A spokesman for the British Medical Association said locums were in general paid less than partner GPs. He added: “Locums have always been part of the workforce.”


No wonder the NHS is going tits up... 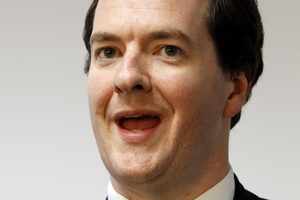 And alien reptile in disguise George (I have an IQ lower than a turd) Osborne is to announce a new generation of PFI schemes, but allegedly he will introduce safeguards to ensure the taxpayer shares in any profits.
Companies involved in the private finance projects will also be forced to disclose their profits following fears that unjustified “windfalls” have been made at the expense of taxpayers because of poorly designed schemes.
In his Autumn Statement tomorrow, the Chancellor will announce a programme called PF2, to replace the original scheme. It will be used to finance a new generation of hospitals, schools, roads and other taxpayer-funded projects.
“Mr” Osborne will also disclose that he will save £2.5 billion by helping Whitehall departments and local authorities to renegotiate their current PFI deals.
The Government is committed to paying £229 billion in the coming decades for PFI schemes that were agreed by previous administrations to build public services. The schemes have been undermined by allegations that taxpayers are forced to pay hundreds of pounds for basic maintenance such as changing a light bulb.
More than 20 NHS trusts are facing serious financial instability and resultant problems with paying for medical services because of the costs of the schemes.
The first PF2 project is expected to be a £1.7 billion scheme to rebuild and renovate 219 schools. Work is expected to begin in the spring.

The “Chancellor” will also outline plans for an expansion in gas-generated power stations, with 30 plants to be providing electricity by 2030.

This marks a victory over the Liberal Democrats, who wished to move towards greener energy. 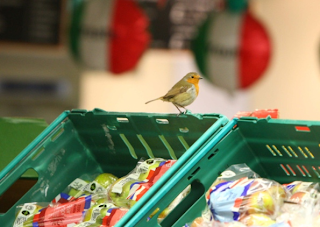 A 24-hour Tesco store has resorted to closing late at night in order to evict a couple of persistent visitors.
Two birds – a robin and a  pigeon – have been making themselves at home at the Tesco Extra store in Inshes, Inverness, defying repeated attempts by managers to bar them. The pair has taken to circling the checkouts and loitering in the cafe window, searching for scraps of food dropped by  customers.
Managers have now been reduced to cutting the store’s opening hours in an attempt to deal with the birds as effectively as possible, while keeping the inconvenience to customers at a minimum.
An assistant at the supermarket said: “We’ve had to start closing the store for a while at 11pm, when it’s quiet. All the staff has to go to the staff room and wait while the birds are chased out of the store.”


Morrisons has better fruit and veg.....

Right a bit to the land of the “Dam”

Amsterdam is to create "Scum villages" where nuisance neighbours and anti-social tenants will be exiled from the city and re-housed in caravans or containers with "minimal services" under constant police supervision.
Social housing problem families or tenants who do not show an improvement or refuse to go to the special units face eviction and homelessness.
Eberhard van der Laan, Amsterdam's Labour mayor, has tabled the £810,000 plan to tackle 13,000 complaints of anti-social behaviour every year. He complained that long-term harassment often leads to law abiding tenants, rather than their nuisance neighbours, being driven out.


"This is the world turned upside down," the mayor said at the weekend.
The project also involves setting up a special hotline and system for victims to report their problems to the authorities.
The new punishment housing camps have been dubbed "scum villages" because the plan echoes a proposal from Geert Wilders, the leader of a populist Dutch Right-wing party, for special units to deal with persistent troublemakers.
"Repeat offenders should be forcibly removed from their neighbourhood and sent to a village for scum," he suggested last year. "Put all the trash together."
There are already several small-scale trial projects in the Netherlands, including in Amsterdam, where 10 shipping container homes have been set aside for persistent offenders, living under 24-hour supervision from social workers and police.
Under the new policy, from January next year, victims will no longer have to move to escape their tormentors, who will be moved to the new units.
A team of district "harassment directors" have already been appointed to spot signals of problems and to gather reports of nuisance tenants.
The Dutch Parool newspaper observed that the policy was not a new one. In the 19th century, troublemakers were moved to special villages in Drenthe and Overijssel outside Amsterdam. The villages were rarely successful, becoming sink estates for the lawless.
"We have learned from the past," said the mayor's spokesman. "A neighbourhood can deal with one problem family but if there are more the situation escalates."

Take note Piss Poor Policies Millionaires Club Coalition---"We have learned from the past,"

Back in almost Crimbo Blighty 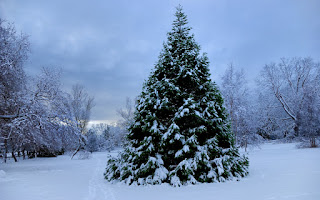 The formula for decorating the perfect Christmas tree has been cracked.
Getting the correct ratio of lights and tinsel is also crucial to lighting up your life, say students at Sheffield University's maths society.
Their calculations suggest the tree-topping angel or star should be precisely one tenth the size of the tree. The number of lights required is found by multiplying the mathematical constant Pi (3.14) by the height of the tree in centimetres.
For example, a 183cm (6ft) tree needs 574cm of lights (183 x 3.14) or 18ft 9in. But perfection is only obtainable with 37 baubles and 920cm (30ft) of tinsel.
'The formulas took us about two hours to complete,' said formula creators Nicole Wrightham and Alex Craig, both 20. 'We hope they'll play a part in making Christmas a bit easier for everyone.'


The work was commissioned by department store Debenhams.
Christmas decorations buyer Sarah Theobold said: 'The formula is so versatile it will work for a tree large enough for the Royal Family at Balmoral but also on trees small enough for modest homes.'


Nah: the picture is what the perfect Crimbo tree looks like-still in the ground....


Left to the place where mammals are kept in captivity 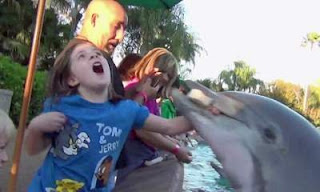 An eight-year-old girl has had a lucky escape after a dolphin she was feeding bit her at a US theme park.
Jillian Thomas was holding out fish to feed to dolphins at Orlando's SeaWorld when she got an unexpected surprise.

While she was feeding the usually friendly mammals, a dolphin lunged at her and nipped her hand.

The girl, whose parents posted the video on YouTube to make other people aware of the dangers, suffered three small puncture wounds.

Jillian's father, Jamie Thomas, told local media the family were angry at the theme park for not warning them of the dangers of dolphin feeding.

"We felt powerless," he said.

"We thought, look, we've got this video, let's make it public, and let's try to put some pressure on SeaWorld to make some changes."

How about realising that feeding a large mammal with teeth by hand could be a bit chancy you twonk....but did it do it on Porpoise.....

That’s it: I’m orf to bung my flash memory in the oven

And today’s thought:
One dahn one to go. 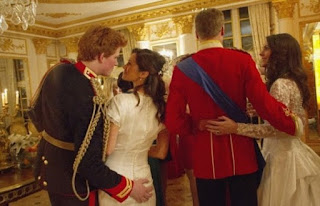