THE THINGS PEOPLE DO! 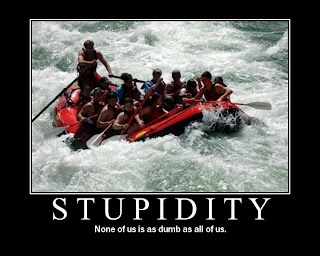 Telegraph A Norwegian man faces a heavy fine and a driving ban after police caught him having sex with his girlfriend while speeding on the motorway, police said on Monday.

The unnamed couple, a 28-year-old man and a 22-year-old woman, were caught in the act late on Easter Sunday by traffic police on the E18 highway, some 25 miles west of Oslo.

Officers who clocked the couple's silver Mazda 323 racing at 133 kilometres per hour in a 100 zone realised they were doing more than just breaking the speed limit, police told AFP.

"It was veering from one side to the other because the woman was sitting on the man's lap while he was driving and doing the act, shall we say," said Tor Stein Hagen, a superintendent with Soendre Buskerund district police.

"He couldn't see much because her back was in the way," he added.

"Why they did it on a highway with such a high risk we don't know."
After following the couple for nearly a kilometre, officers pulled the car over at a service station.

"We have taken away his driving licence because of the danger that he caused," Mr Hagen said.


Telegraph A woman stole a 2mph mobility scooter from outside an Asda supermarket and attempted to drive it 10 miles home while she was twice the drink-drive limit.

Amanda Leaff, 46, took the scooter, supplied by the supermarket to help disabled people do their shopping, from an car park at Chedderton, near Oldham, and set off on a trip home.

Police later worked out that the journey would have taken her four hours to complete.
She recorded a reading of 77mg of alcohol in her breath and later admitted charges of taking the scooter without consent and driving it while unfit through drink.

The magistrates banned her from driving for 20 months and ordered her to pay £240 costs.


Ananova A would-be smuggler was arrested after trying to outrun border police with £300,000 of cigarettes in a horse and cart.

Police challenged Janos Jakab as he crossed Romania's northern border with the Ukraine carrying nearly 100,000 packets of cigarettes and tobacco.

After a short chase, police outran the cart and arrested Jakab.

A spokesman for the local border police said: "In general smugglers are becoming more and more sophisticated in their methods of getting contraband across borders. But this case proved the exception to the rule.

Ananova Police in Germany are hunting a thief with no arms who managed to walk out of a shop with a 24-inch TV.

Two accomplices used clamps to fix the TV to his body before helping him out of the store in Munich, Germany.

Staff did not realise what had happened until they noticed a TV was missing from its stand and looked back at CCTV recordings.

A police spokesman said: "Staff only knew about the theft after they saw one of the display TVs had been taken off its stand.

"It's hard to believe that the sight of an armless man walking along with a giant TV clamped to his body did not get anyone's attention."


Yes, but how did he clamp the TV to his body?

Ananova A Russian man is facing jail after he ate his ex-wife's passport during a row.
Police in Nizhny Novgorod arrested Ivan Volokov, 31, after he tore up ex-wife Anna's passport and then ate all the pieces.

A police spokesman said: "They had just got divorced but the couple remained living in the same flat.”

"He wanted to destroy the passport as it was the woman's only official document which proved she had the right to stay living in the house."

Volokov has been charged with destroying official documents and threatening behaviour.

Ananova A US man has been charged with assault after he allegedly broke wind on a police officer.

Police say they were fingerprinting Jose Cruz, 34, when he moved near Patrolman T.E. Parsons, lifted his leg and passed gas "loudly" on the officer.

Cruz then allegedly waved the air in the direction of Parsons, who was preparing a breath test machine at South Charleston police HQ, West Virginia.

"The gas was very odorous and created contact of an insulting or provoking nature with Patrolman Parsons," the complaint says.

Cruz was charged with drink driving, assaulting a police officer and obstruction.

Well he certainly didn’t have an obstruction.

NHS-THE OTHER SIDE
Posted by Angus Dei at 08:03 1 comments