National Harm Service: JC balls up: Signs of the “end of the world”: Climb every staircase: Not Mushroom for art: and The Dwarven Helm.

Still chucking it dahn, still a lot of lack of warm, still not a glimmer of solar stuff and still being blasted by atmospheric movement at the Castle this morn, the toofache is a bit better after several doses of antibiotics and his Maj has decided that the nice dry litter tray is preferable to sitting in the rain to do his business.

All across Foundation Trust Blighty 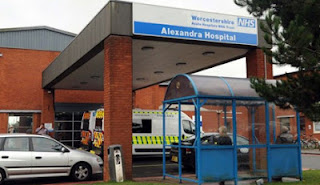 Patients both young and old are being killed by piss poor treatment, by even piss poorer medics and some “nurses” that would be more at home in a slaughter house.
That is not to say that most of those unfortunate enough to end up in ‘Orspital manage to leave alive and in reasonable health, but there does seem to be a growing number of patients that do not.


And the reason for this downturn in “care”....


My belief is that it has been the “Foundation Trust” frenzy, that point where financial targets replaced patient care, where ‘Orspitals were given autonomy from control and allowed to do as they wish.
The point where patients became a financial drain, “clients” or “customers”, where nurses became “assets”, doctors became even more egotistical than they were and “the management” became lord of the wards.
I have seen it first hand, my local butchers shop (Grimly Dark); before “Foundation trust status” was a reasonable place to be ill, it was a bit shoddy but the attitude of the medical staff was almost human until “it” happened, then the atmosphere changed, those in the beds were downgraded from the priority of all and sundry to a cost effective bag of organs to be moved along the conveyer belt as quickly and cheaply as possible to emerge (or not) at the exit whether they were cured (or not).


And the only control of the management lords is the CQC which is about as much use as the Piss Poor Policies Millionaires Club Coalition when it comes to looking after our wellbeing.


So a plea to “those in power”, rescind the Foundation Trust status of our ‘Orspitals, return control to the people, do away with the boards of directors, the multiple layers of management, the atmospheric salaries paid to those who rule, spend the money on better training and more importantly better nurses and doctors, better facilities for the ill and a better NHS for those who actually pay for it.


Meanwhile east to the land of stables and childbirth 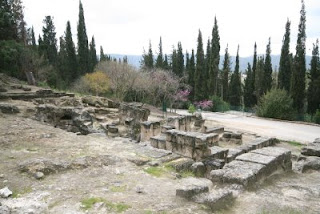 Apparently according to archaeologist Aviram Oshri JC wasn’t born in Bethlehem on the West Bank south of Jerusalem but in Bethlehem of the Galilee 7 kilometres from Jesus’ childhood home, Nazareth.


Allegedly there is proof, according to the archaeologist, that what Israelis call Judea – the other Bethlehem in the West Bank – was not even inhabited when Jesus was born. 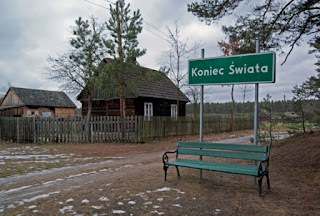 Residents of Koniec Swiata have accused outsiders, who believe the Mayan apocalypse prophecy, of nicking the towns signs and making their daily lives difficult.
‘Our name means literally End Of The World, so once the doomsday hunters found this out they wouldn’t leave us alone,’ said 50-year-old local Roman Adamus.
‘We’ve lost six of them this year so enough is enough and they’re coming down.’
Irritated neighbour Marianna Warszawska added the people that were pinching the signs were causing a lot of problems.
‘I’ve lived here all my life and these people are a bloody nightmare,’ the 85-year-old said.


‘Hopefully they’ll leave us alone when the world doesn’t end.’

Seems that her wish may come true....


East again this time to the land of everything 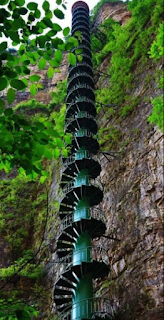 A 300-foot staircase along a mountain face in the Taihang Mountains in Linzhou, China is the next best thing if you want the same feeling you get when mountain climbing. The hike up the stairs provides a great experience one will not easily forget, and no special gear is needed.
And the snags-However, due to safety and health concerns, the management has qualifications before anyone is allowed to ascend. Climbers must be under 60 years of age and are asked to fill out a form confirming that they do not have heart or lung problems.

West to the land of fiscal cliffs 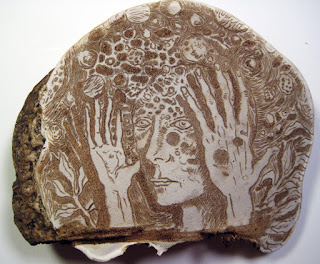 Boston-based artist Corey Corcoran uses mushrooms as canvases for his original illustrations.
The size of his works ranges from six inches to two feet, depending on the mushroom canvas, and the theme mostly revolves around plant life, insects, and people.


Fancy something to keep your dwarf warm? 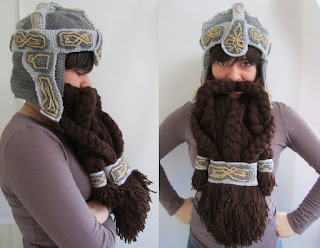 Well now you can purchase the dwarven beard, helm forged from yarn for your favourite small person.


Must get one for the butler...


That’s it: I’m orf to buy a bullet ticket


And today’s thought:
Time to get fit. 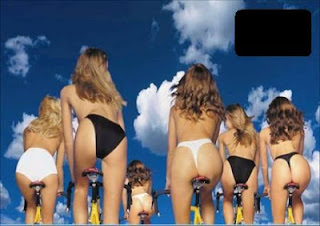