Commissioned apathy: Charlie does a dance Dahn Unda (and right a bit): Adopt a gargoyle: Kung fu nuns and God’s particle: and how to warp the universe.

Warmish, chucking it dahn, calmish and quite a lot of Keats at the Castle this morn, and below is a tribute to my aching knees and dodgy left hip from the saga of the study which is the room next to the master bedroom.


Dorries Dahn Unda is attracting loads and loads of votes to stay where she is (it’s working then). 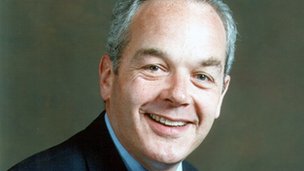 The results of the non election of top knob of coppers are in, click on the link above if you can be bovvered (I can’t) to see what happened, I will tell you that the turnout was a stonking 14.6 percent and the “winner” was someone I have never heard of-pic above.

Charlie and his old Nag celebrated the end of their Pacific Diamond Jubilee tour by dancing with residents in Christchurch.

They took to the stage at a "dance-o-mat" that had been set up as a temporary venue after a number of dance studios in the city were destroyed by an earthquake 2010.


"He's a beautiful dancer," said one of the women after being taken for a twirl by Prince Charles.

Up a lot and left even more 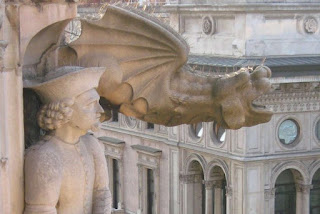 To the land of fiats, food and females, Milan's main cathedral has put its 135 gargoyles up for adoption as it seeks to raise funds for renovations.


Donors who contribute 100,000 Euros (£80,000) to the Gothic building will have their names engraved under a gargoyle.


The cathedral's management said it wanted "to encourage the Milanese and citizens of the world as a whole to be protagonists in the history of the cathedral, a priceless treasure that belongs to all of humanity".


It is seeking to raise 25m Euros (£20m) for essential maintenance.


Here are some more gargoyles you could adopt from abroad, but only as long as you take them home. 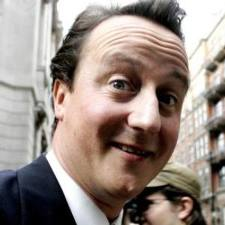 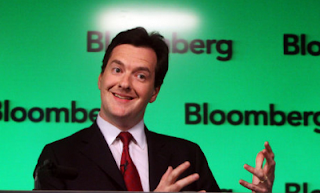 Wonder if I could put the rose bushes at the Castle up for adoption...

Left a whimsy to the big round, underground accelerator thingy

A dozen kung fu nuns from an Asian Buddhist order displayed their martial arts prowess to bemused scientists at CERN this week as their spiritual leader explained how their energy was like that of the cosmos.


The nuns, all from the Himalayan region, struck poses of hand-chops, high-kicks and punches on Thursday while touring the research centre where physicists at the frontiers of science are probing the origins of the universe. 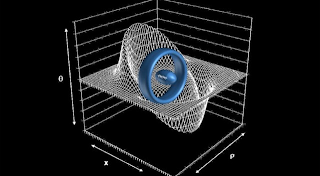 The Alcubierre’s warp-drive I have been waiting for has apparently got a few snags attached-the main being that it doesn’t exist, but secondary concerns are that if it did and you could warp away you could cause cataclysmic explosions at your destination due to the loads of high-energy particles which could get swept up in the craft’s warp field and remain trapped in the stable bubble.


The longer the journey lasts, the more of these dangerous particles build up. This doesn’t affect the ability of the warp drive to keep bending the laws of the universe — it’s the stopping that’s going to ruin your day.


The instant the Alcubierre drive is disengaged, the space-time gradient that allows it to effectively move faster than light goes away, all the energetic particles trapped during the journey have to go somewhere, researchers believe they would be blasted outward in a cone directly in front of the ship. Anyone or anything waiting for you at the other end of your trip would be destroyed.


That’s it: I’m orf to add up Omeagagool

He’s a poet-not: Back to basics: Virtual ID: Dead meat restaurant: All you can’t eat: 7 Election: and a Fishy tale.

Not much lack of cold, even less solar activity, a definite dearth of atmospheric movement and oodles of ex skywater at the Castle this morn.


Did even more coloured stuff application yesterday, I am knackered, today’s daily Dei decorating tip-pay someone else to do it....


And according to the Guardian 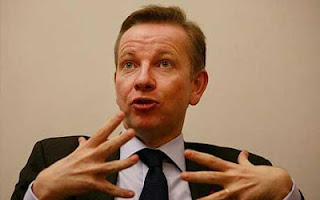 And Michael Gove, the education secretary reckons that primary school children should learn and recite poetry by heart as part of broader changes to the curriculum.


And to start them orf:


There was a young lady from Ealing
Who had a peculiar feeling
....
And:


There once was an MP called Hunt
Who was a really  daft.....

Today’s lesson is to finish orf the above limericks without using rude words...

All over our dear old NHS 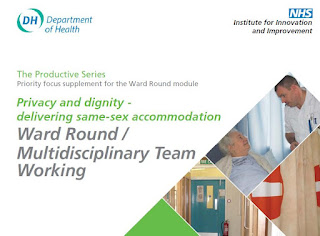 Apparently patients are being treated so Piss Poorly because they are wrongly viewed by doctors and nurses as simply "medical conditions" to be dealt with rather than individual people.
According to the Royal College of Physicians medical staff frequently have such little time to deal with them, that patients' full medical and emotional needs are not met.
Patients are also being left in a high state of anxiety because staff do not talk to them enough.

The institution has joined forces with the Royal College of Nursing to publish new guidance today, urging hospitals to give the morning ward round the priority it deserves.


Not bad, it’s only taken them 60 bleedin years to realise that....still it’s not as if they are being paid to do their jobs...


And staying on the Piss Poor theme 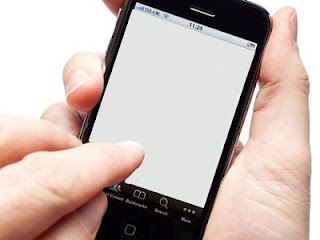 Some gormless knobhead in the Millionaires Club Coalition sideboard has come up with a spiffing cunning plan.
A national identity scheme which will allow people to use their mobile phones and social media profiles as official identification documents for accessing public services.
Want a tax credit, fishing license or a passport?
Choose from a list of familiar on-line logins from social media sites, banks and supermarkets to prove who you are.
Once you have logged in correctly by computer or mobile phone, the site will send a message to the government agency authenticating that user’s identity.
The system will be trialled when the Department of Work & Pensions starts the early roll out of the Universal Credit scheme, a radical overhaul of the benefits system, in April.
Users who access the Government’s online one-stop-shop of public services will be asked to identify themselves by choosing one organisation from a selection of logos. (This feature is called a “Nascar screen”, in reference to the logo-filled livery of the famous American racing cars.)


Splendid; what could possibly go wrong? 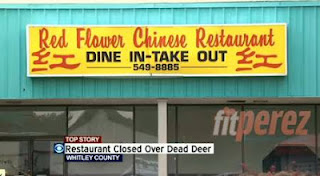 An eastern Kentucky health inspector says he has shut down a restaurant after finding Roadkill in its kitchen.
Paul Lawson told WYMT-TV that he went to inspect the Red Flower Chinese Restaurant in Williamsburg after customers complained to the health department that it appeared employees had brought in a dead animal. Lawson said he immediately shut the place down.
Lawson said the restaurant owner's son apparently picked a dead deer up from a roadside and brought it to the eatery. Lawson said the owner reported he didn't plan to serve the animal to customers; he planned to feed it to his family.
The inspector said the owner wasn't aware of health regulations, and will not face any fines.
He said the restaurant can reopen if it passes another health inspection.


Back in bulky Blighty 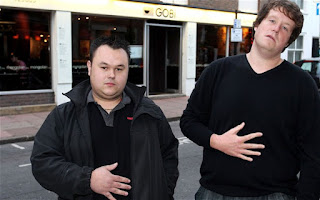 And dahn to the sarf coast, friends George Dalmon and Andy Miles have been banned from an all-you-can-eat restaurant - for eating too much.
For two years, ex-rugby player George Dalmon and his friend Andy Miles helped themselves to five bowls of stir-fry each during their regular sessions at the Mongolian barbecue.
But now the ‘greedy’ pair has been banned – because the manager feared for his business.
They were called ‘a couple of pigs’ and told never to return to the Gobi in Brighton.
The manager, who did not want to be named, said: ‘Basically, they just come in and pig out.
‘We have put up with them for two years but I’ve had enough.
The restaurant invites customers to create their own dishes from the buffet.
The chef cooks it and diners are invited to go up ‘as many times as you wish’ for £12.
The manager said the voracious eaters stuck to water, they never ordered drinks and never paid the optional service charge.

He added: ‘We are not a charity, we’re a business. It’s our restaurant and we can tell people not to come back if we don’t want them to.’

Still all publicity is good publicity-isn’t it? 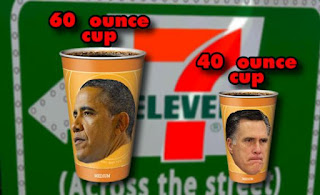 You go into a 7/Eleven, you buy coffee, and you choose a blue cup or a red cup.

7-Eleven tallies the results, and correctly predicts the US election. It's called 7-Election and it's worked since 2000.

The blue cup is for Democrats and the red cup for Republicans. In 2000 and 2004 more red cups were chosen by coffee drinkers and George W Bush won those elections.
In 2008, the groundswell of public opinion swayed towards blue-tinged java and Barack Obama won the election.
The current stock take across the states participating in 7-Election has Obama getting up 60-40.

Maybe we should try that here-using loo rolls...


Over to the place where all the politicians reside

Apparently a Thurston County, Wash., man says he managed to shoot himself in the head with a .22-caliber rifle while fishing for salmon.
A sheriff's report says the man told deputies he fired a shot into the Deschutes River on Sunday afternoon but the bullet ricocheted off a rock and hit him in the temple. When he scratched the spot with his finger, he says the bullet fell out of his head and into the river.

The tale came to light although the man went home and refused to tell his girlfriend how he had been injured. After he left again, she called 911. When deputies pulled over the man's pickup truck, he told them what happened.
The man was treated at an area hospital and released. The Olympian newspaper says the man was not cited for any violations.


Apart from being a dickhead.


That’s it: I’m orf to stay away from wetlands


And today’s thought:
The Angus Dei view of the world 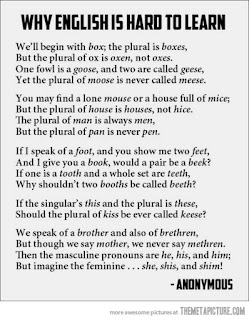