There is a large, hot shiny thing in the sky at the Castle this morn, not sure what it is but I am sure it will go away before long, orf to Tesco on the stale bread, gruel and his Maj’s food run later, the arm is OKish, and the worst things about only being able to use one upper limb were-having a wash, shaving, washing up and sorting out the rear exit...


After finding out that the electorate isn’t too keen on the Piss Poor Policies Millionaires Club Coalition. 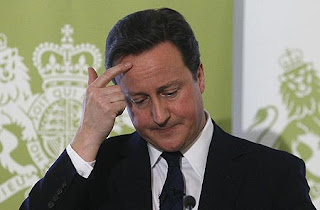 U-Turn Cam has decided that he will not move to the right or left and is sceptical of those who think the answers to the problems can be found in what he calls "loud ideologies", and that focus, delivery and hard work is the cure for all of Blighty’s ills.
On Wednesday, what is laughingly known as “the Government” will outline its agenda for the next year in the Queen's Speech, as it tries to regain the initiative after both the Conservatives and the Liberal Democrats suffered heavy losses in local elections
The Tories lost 405 council seats in Thursday's poll, while their coalition partners lost 336.
In his Telegraph article, Mr Cameron writes: "The message people are sending is this: focus on what matters, deliver what you promise - and prove yourself in the process. I get it." 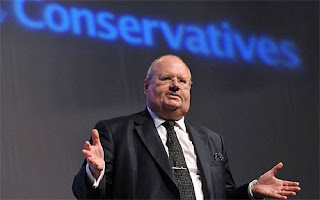 Whist we are struggling with the lack of money and services it seems that according to research average salaries rose by more than £1,000 for thousands of directors and executives at local authorities and NHS trusts in 2010-11.
The highest paid NHS trust chief executive was Jan Filochowski, at West Hertfordshire Hospitals trust, who received £282,500 including a bonus for the previous year.
Among local authorities, Joanna Killian was paid the most, with £239,000 to run Essex County Council and Brentwood Borough Councils.
IDS examined the salaries of thousands of executives classed as "tier 1" because they are on the boards of councils, and those of the assistants and deputies working for them, classed as "tier 2".
The analysis found that those in tier 1, earning up to £200,000, saw pay rise on average by 1.3 per cent – an increase of £1,400 on their typical salary.
Thousands more assistants and deputies were paid up to £180,000 after salaries rose by an average of 1.8 per cent, a rise of £1,341 on the average salary for the group.
The highest paid was Peter Lewis, who received £200,000 as director of children and young people's services at Haringey Council, in north London, in 2010-11 after being hired the previous year, in the wake of the scandal over Baby P.
Next was Stuart Smith, director of children and young people's services at Liverpool City Council, paid £198,568 in 2010-11, as well as a payment of £147,000 when he was made redundant. Mr Smith saw his basic pay rise by 23 per cent in 2010-11, after the council axed bonuses for most of its executive team.
The findings show that while the highest earnings were for those running children's services, directors of environmental services were paid up to £187,000, while heads of corporate services received up to £178,000.
Eric Pickles, Local Government and Communities Secretary, said that despite the Coalition's efforts, too many executives remained on "unacceptable bumper pay packets" and should be taking cuts to their salary.

Nice to know that “we are all still in this together”, so get orf your big fat arse Pickles and do something about it...... 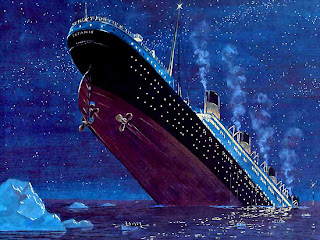 There is a plan afoot by mining billionaire Clive Palmer, one of Australia's richest men   to build a 21st Century version of the Titanic.
The plan, he added, was for the vessel to be as similar as possible to the original Titanic in design and specifications, but with modern technology.
The new vessel is scheduled to sail from London to New York in late 2016, if all goes as planned.

Bet that gets an icy reception....

Back in the remnants of the Eurozone

Spain welcomes the Hiriko electric two-seater which is just 100 inches long (about the size of a Smart).
It can fold itself up into itself so that when parked, it is only 60 inches long. Since that is the width of a typical car, three of these tiny urban EVs could conceivably fit into a parking spot.
The Hiriko will be available to hire and also be sold for around $16,350, according to reports.
And the car’s robotic wheels have the ability to tilt, such that the car can spin around its own centre.

And disappear up its own battery with a bit of luck...

East to the land of no nuclear power

Some dopy sod with a radiation laden brain cell has come up with a range of odd-shaped homes for adventurous individuals.
Apparently these odd properties — known as “kawatta bukken” in Japanese — were designed to meet the demands of people who want to live in modern abodes, or just something different. 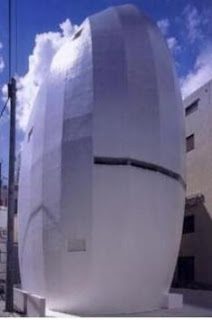 The different properties available include an egg-shaped house, which is located in Tokyo. An advertisement states that it is “from another dimension.” 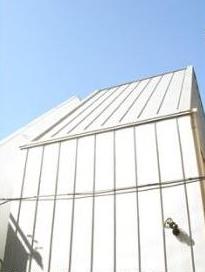 If you want to get an experience that is really out of this world, try renting a narrow rocket-shaped house in Tokyo. 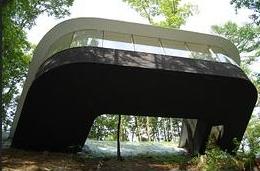 Or you can rent this house, located in Nagano Prefecture, which is advertised as the house of a James Bond villain.
Sadly the reception from the market is cold.

Back in the land of annoying cars 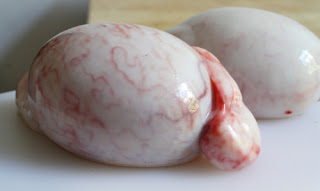 A 53-year-old man has survived being struck by lightning in the scrotum while walking down a street in Madrid.
According to Spain's El Mondo newspaper, the unnamed man lost consciousness after being struck by lightning in the groin on Thursday night, with the bolt travelling down his leg and striking the ground.
His son called paramedics who later treated him for burns to the scrotum and feet at the scene in Madrid's suburb Tres Cantos.
He was then taken to Madrid’s Hospital de la Paz where tests showed his heart and brain functions were not affected by the lightning strike.
The man is said to be in a stable condition in hospital.

His balls are cooling dahn in the fridge....

That’s it: I’m orf to the playground 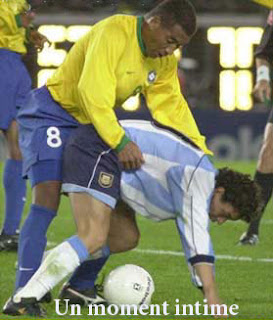