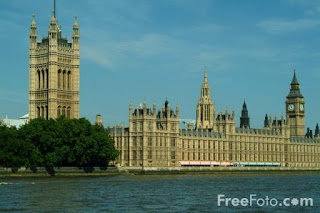 The Government sems to be obsessed with “arranging” our lives for us, telling us what to eat, what not to eat, how we should recycle, so that it can be buried in a large hole when we do bother, how we should drink less, and then allows beer to be sold for less than a pound per pint.

It tells us that we should use public transport to save the planet, and to reduce congestion, and then allows the companies that run the trains to hit us with swingeing fare increases.

It tells us that we should make our houses greener by installing double glazing and loft insulation, then allows the energy companies to continue their “profit at our expense” with crippling gas and electricity charges.

It tells us we should take out private medical and pension insurance, when it has poured £billions into the banks, and even more £billions into endless numbers of managers, and admin staff in the NHS. And £millions more on useless quangos, comittees and commissions.

It tells us that it has sent £millions overseas to help “poor” countries when millions of people are living in poverty in his country.

It preaches at us to save for the future when thousands of people are losing their jobs and houses, then it tells us to spend to lift us out of the recession it put us into.

I really don’t think the Government has a clue what it is doing, it contradicts itself on a daily basis, it does more u-turns than a london taxi, and is unable to make its collective mind up.

Why don’t they let us run our lives the way we want to and do the job they are paid to do, which is to make decisions that benefit the people that voted them into office (apart from Gord of course) US?