Old Boy’s Club#1: Less for less in the NHS: Old Boy’s Club#2: Who’s who at No10: Pachyderm Poo: One way Jobsworth: and a Moggy Mugger.

Sunny, cold and calm at the Castle this morn, the kitchen is empty of any sort of fluff filled computers, but the Vista re-install has come back to haunt me-I bloody hate Vista.
Because Blogger has been down, here is yesterday’s post because I can’t be bothered to sort one out for today. 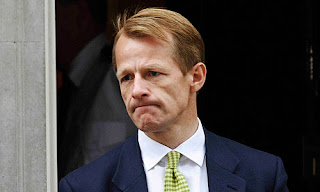 Rob a bank of £100,000 and you get a few years in the pokey, rob the public of £100,000 and you get suspended from Parliament for a week.
U-Turn Cam and Nick (kick me) Clegg have finally found something to agree on; they have called for the disgraced former Cabinet Minister David Laws to remain in public life after he was found guilty of using taxpayers' money to pay his boyfriend more than £100,000.
The backing for the Liberal Democrat came on a day that “Mr” Laws was handed the stiffest non-criminal penalty given to any MP caught up in the expenses scandal. Mr Laws, who has repaid more than £56,000, will be suspended for a week after being found guilty of breaking six different rules.
Voters in Mr Laws' Yeovil constituency are now considering an attempt to force another election, as the disgraced MP campaigned heavily on his apparently clean expenses record.
Yet the Prime Minister and his deputy took time out of an event to promote youth employment to speak warmly of the man who served alongside them in Cabinet for just 17 days before resigning after it emerged he paid his lover money from Commons allowances to rent a room in a house they shared.
Must be nice to have influential friends.
More patients fewer nurses 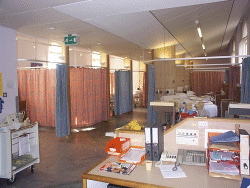 The number of patients being treated by nurses has shot up just as staff numbers fall, a new survey suggests.
The survey, conducted by health union Unison to coincide with 'Nurses' Day', paints a bleak picture of life in the NHS as concerns over the government's proposed healthcare reforms grow.
"The results of this damning survey are both sad and shocking," said Gail Adams, Unison head of nursing.
"Nurses and midwives see first hand the damage that the government's cuts are inflicting on patient care, so it is perhaps not surprising that 65% say they have considered leaving the NHS.
"However, nurses are clearly angry at the impact on patients, with 57% saying they would be prepared to take industrial action if patient care is compromised."
The survey, of more than 2,000 nurses and midwives, saw three-quarters of nursing staff say the number of patients they have treated has gone up, at the same time as 60% reported a drop in staff numbers.
Sixty-four per cent of respondents said safety and patient care and 78% said their employer was making cuts, with over a third reporting redundancies.
Only a quarter of those surveyed said they would recommend nursing as a profession.
Value for money; Or Piss Poor Policy? 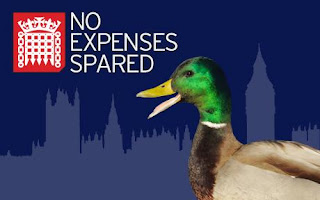 The Independent Parliamentary Standards Authority (Ipsa) was established last year in the wake of the expenses scandal uncovered by The Daily Telegraph. It was set up following a lengthy independent inquiry.
But MPs have complained that the new system is too bureaucratic as they object to having to account for every penny of taxpayer-funded expenditure.
Adam Afriyie, a Conservative back-bench MP, has proposed an alternative system based on flat-rate allowances which has received widespread support throughout the House of Commons.
Many MPs are pushing for expenses to be replaced with a new flat rate allowance paid automatically without the need to provide receipts.
Value for money; or a load of thieving bastards?
Still with the Politics thing 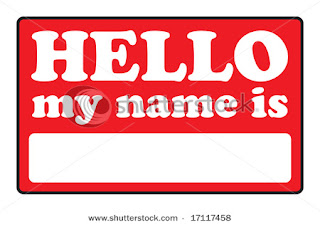 Veteran MP Sir Gerald Kaufman has complained that he received a letter from 10 Downing Street signed by a fake official using a bogus name.
Sir Kaufman received a letter signed by a Mrs E Adams but, when he called Downing Street to speak to her, he was told she was a ‘computer-generated name’.
He told MPs in the House of Commons: ‘What extraordinary events are taking place in 10 Downing Street whereby they send letters from somebody who doesn’t exist and expect one to accept this?'
The letter - complete with bogus signature - later featured on Channel 4 News.
Commons speaker John Bercow said it was ‘peculiarly unfortunate’.
In a statement, Downing Street acknowledged the practice and revealed the use of pseudonyms was introduced in 2005.
It followed an official being tracked down and threatened at her home address.
I see that U-Turn Cam’s open government is yet to be implemented, I wonder if they use This.
If you go down to the Zoo today 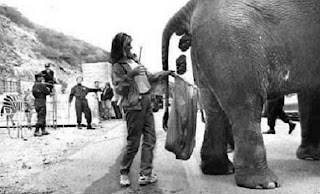 You’d better take a seal-able plastic bag-Prague Zoo has started selling elephant dung to Czech gardeners to use as fertiliser.
About 200 1kg containers have been sold per weekend at £2.40 each, and sales have been so brisk they have expanded to weekdays. It is the brainchild of zoo director Miroslav Bobek, whose surname means dung.
At £2.40 per Kilo maybe they should adopt this idea at parliament. There is enough crap spoken there to clear the deficit.
One way Traffic Warden 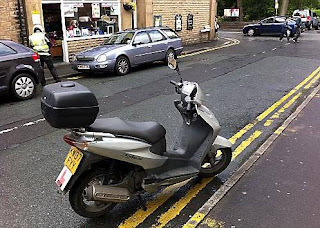 A Traffic Warden eager to dish out tickets was caught by a shop’s CCTV camera appearing to ride his moped the wrong way up a one-way street.

Staff at the electrical store were stunned to see footage showing him apparently shaking his fist at people who pointed out his bad driving.

He is then seen ticketing cars on a single yellow line.

David Streadwick, 49, who witnessed the incident in Newham, East London, said: “If someone is employed to enforce the law, then they need to abide by it.”

Newham Council said it is investigating.


Never a copper about when you need one.


Across the briny to the colonies 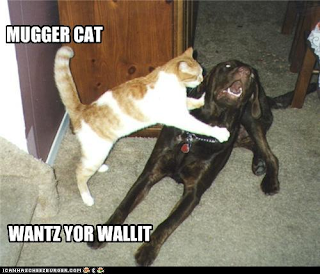 An altercation between a Cleveland, Texas, man and his feline-foe turned so bloody on Friday that the man had to be air-lifted to a Houston hospital.
According to the The Cleveland Advocate, even the man's knife-wielding attempt at fighting off the animal left both he and the aggressive kitty severely injured.
The result was so gruesome that the man was taken to Cleveland Regional Medical Centre only to have doctors elect for more serious medical attention, calling in air transportation to Houston's Memorial Hermann Hospital.
As for the house cat, local game wardens Danny Diaz and Adam Broll were called in to take her to the Big Thicket Veterinary Clinic, where she was eventually euthanized.
See-U Pussy.
That’s it: I’m orf to have a look at the Crab Nebula.

And today’s thought: "We all get heavier as we get older because there's a lot more information in our heads." - Vlade Divac, Basketball player.