A slightly abridged version today, I am off to Fareham down in the wilds of ‘Ampshire to meet some fellow bloggers, snag is it snowed yet again last night, then froze over and I have to traverse 17 miles of “proper” countryside before I can reach the main road.

So this may be my very last post, if the spring thaw ever comes and a red Civic is found on the Bordon road with a skeleton in it, you will know what happened. 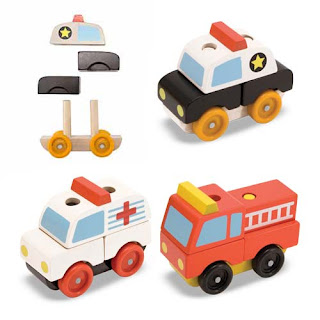 And talking of things that could go awry, there is to be a new “emergency number” which is to be the 111 urgent care number, designed for those of us whose life is not in immediate danger but we do need urgent help.

Apparently trained call takers will be able to give medical advice over the phone, direct more serious cases to the ambulance service and give details of the nearest walk-in centre or health centre for less urgent problems.

999 will remain the number to call in an emergencies and it is hoped that the new service will reduce pressure on frontline A&E and emergency services.

The free hotline will be piloted next year before being rolled out nationally and will run alongside NHS Direct to begin with.

Eventually it will replace NHS Direct which currently gives health and medical advice through call handlers and nurses.

If it is as good as NHS direct we are Fecked. 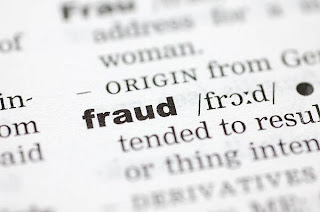 The taxpayer has been landed with a bill for more than £12 million, an investigation into cases of fraud in Whitehall has found.

Documents slipped out quietly to coincide with parliament's Christmas recess reveal the full extent of reported criminal activity in government departments over the last three years.

Fraud last year alone totalled more than £4.2 million with cases ranging from small-scale "opportunistic" thefts of mobile phones and laptops to large-scale "procurement" frauds, of which the biggest involved £428,300, The Treasury reported.

* Asset thefts including goods from containers worth £151,000, the perpetrators of which were never identified by police.

* £357,000 run up by a single government official who "created false records" and "authorised fraudulent repayment claims". The official was dismissed and legal proceedings begun.

* A finance officer created invoices for a "non-existent supplier, quoting a virtual office address, and fictional Companies House ad VAT registrations" in a cases involving £246,400. The employee was dismissed and has been charged with theft – as has an alleged accomplice into whose account the money went.

* A civil servant stole blank cheques worth £29,400 which were scheduled to be destroyed, filled them out in their name and paid them into their bank account. He was dismissed and prosecuted.

* A single official was alleged to have stolen cash payments worth £366,200 from customers, operating a system of photocopied receipts. They were suspended from duty and investigations are said to be ongoing.

* Up to 120 individuals in a single department were alleged to have submitted fraudulent claims, totalling £100,000 for subsistence costs for overseas duties. Evidence included receipts which had been tampered with – but was not sufficient for disciplinary action.

* A civil servant was suspected of claiming £45,900 in false overtime over two years. The employee was given an "oral warning" but there was not enough evidence to take "stronger action".

* The largest single case was one involving the purchase of flight tickets for non-departmental staff which ran up a bill of £48,300. The Treasury said the fraudsters were not identified and the police were investigating the case.

If it isn’t nailed down. 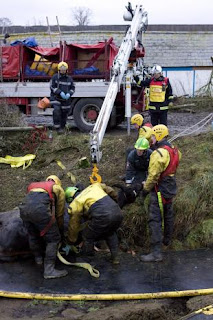 Down in Bridgewater Somerset there is a tale of a man, who is aged in his 20s, and tried to steal the vehicle from Folletts Farm, near Bridgwater, Somerset.

But he was disturbed by beef farmer Lance House, 50, and fell into a deep slurry pit as he fled through the darkness.

Four fire crews were called to the scene and spent one hour rescuing him from the excrement using ropes and specialist equipment.

The man, from Bridgwater, Somerset, was then arrested by police on suspicion of attempted theft of a motor vehicle and released on bail.

"We heard the tractor running late at night and found this lad reversing it across the yard who was high as a kite on drugs or alcohol," Mr House said.

''He jumped out while it was moving and ran off and then I was looking around and started hearing someone shouting 'help, help.'

''I found him with a torch in the slurry pit. He had fallen in while running away and only his head was coming out of the slurry."

He added: ''I called the fire brigade and police. If we hadn't been there he would have died and that's not a nice way to go.

Why he had a torch in the slurry pit I don’t know, but it is nice to see an excremental sentence.

And which may be the final finally: 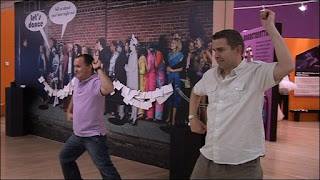 Middle-aged men who embarrass their children with flamboyant dance moves now have the perfect excuse – evolution.

The cringeworthy "dad dancing" witnessed at wedding receptions every weekend may be an unconscious way in which ageing males repel the attention of young women, leaving the field clear for men at their sexual peak.
"The message their dancing sends out is 'stay away, I'm not fertile'," said Dr Peter Lovatt, a psychologist at the University of Hertfordshire who has compared the dancing styles and confidence levels of nearly 14,000 people.

Men between the ages of 35 and 60 typically attempt complex moves with limited co-ordination – an observation that will be obvious to anyone who saw George W Bush shake his stuff with a troupe of West African performers in 2007.

Dr Lovatt pointed to research showing that women could gauge the testosterone levels of their dance partners by the style and energy of their moves, and suggested that "dad dancing" may be a way of warning women of child-bearing age that they might be better off looking elsewhere.

"It would seem completely unsurprising to me that since middle-aged men have passed their natural reproductive age, and probably have a family already, evolution would act to ensure they are no longer attractive to 18-year-old girls," Dr Lovatt said.

Dr Lovatt suggested that the high confidence elderly men have in their own dancing abilities may also be related to the declining assurance of their wives. The study showed that unlike men, the dancing confidence of women dips as they pass 55 – after the onset of the menopause.

And if you click on this link you will see why.


That’s it, maybe for ever.