Cold, dark and calm at the Castle this morn, the kitchen is empty of any sort of broken thingies, and the butler has had to throw a couple of fat teenagers into the furnace.
My Talk Talk connection is getting worse, it is now orf more than it is on, and when it is working it moves at the speed of justice. 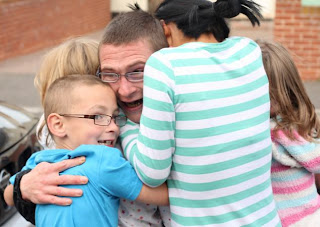 I see that the Law is now worse than as Ass, it has become the horses’ todger.
A burglar has been freed early from jail – because keeping him locked up breaches the human rights of his children, judges ruled yesterday.
The Court of Appeal said making Wayne Bishop serve an eight-month sentence would damage the well-being of his five children because he is their sole carer.
In what is believed to be a first, the ruling sparked fears that thousands of criminals could now try to use the human rights of their family to avoid prison.
Bishop, 33, from Nottingham, was jailed for eight months in April after admitting burglary and dangerous driving.
But his legal team argued in the Court of Appeal yesterday that because he is the sole carer of his five children – aged between five and 13 – for five nights a week it was not in their "best interests" that he stay in prison.
His QC, Ian Wise, told Mr Justice Maddison and Mr Justice Sweeney that the Nottingham judge who sentenced him had not properly taken into account the effect on the children.
And arsehole “Wayne” didn’t take into account the effect on his children when he went out robbing other people.
As Prince Phil the non Greek reaches four score years and ten 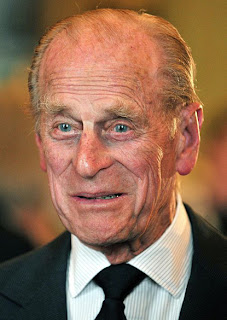 The Torygraph has published ninety of his facial orifice gaffes, click on the link above if you have the time and inclination.
A snippet.
53. "People think there's a rigid class system here, but dukes have even been known to marry chorus girls. Some have even married Americans." In 2000.
Tosser.
And U-Turn Cam is defending giving our money to foreigners. 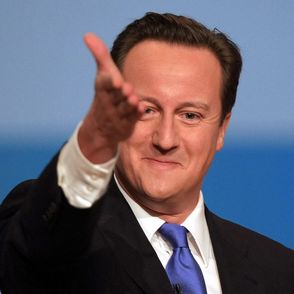 Piss Poor Policies “Dave” launched an outspoken defence of the foreign aid budget yesterday, accusing his critics of advocating a policy of leaving the world’s poor to die.
The Prime Minister branded fellow leaders ‘a bunch of people in suits’ who break their promises on giving. ‘I’m not prepared to do that,’ he said.
He cited Live Aid in 1985, saying it had helped persuade him that the UK must keep pouring billions into the Third World.
Yesterday Dickhead Dave signed a deal at the G8 summit in Deauville in France to hand £110million of taxpayers’ cash to Egypt and Tunisia over four years.
But while world leaders pledged to give up to £12billion, most refused to make any specific promises of cash, despite private pleas from the Prime Minister.
The Mail revealed yesterday that Britain was the only country that came close to matching the targets made by world leaders at the Gleneagles summit in 2005.
I give up…..
Dahn in Pompey 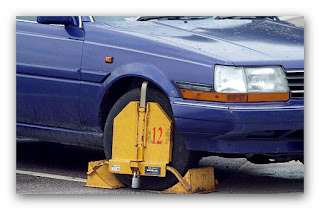 Two police cars were clamped while royal protection officers sat inside during a visit by the Queen, police said yesterday.
The incident happened when the Queen made an unannounced visit to Portsmouth to have lunch on a luxury yacht on Wednesday.
The officers were sitting in their unmarked cars in private residents’ spaces at the Gunwharf Quays marina retail complex.

The clamper, Gareth Andrews, 37, of Fareham, Hampshire, was arrested and charged with wilfully obstructing a police constable in the execution of his duty.
He was also charged with contravening the Private Security Industry Act by not displaying the appropriate licensing badge.
Mike Eames, managing director of the parking enforcement company, denied the officers were in the cars when they were clamped.
‘A member of our staff immobilised two cars parked in private residents’ bays,’ he said. ‘A plainclothes police officer produced his warrant card and requested that both vehicles be released.
‘Our member of staff confirmed he would release the vehicles if the officer would provide confirmation that he was on duty. The officer declined and arrested our member of staff.
‘At no time did the police officer identify himself as a royal protection officer or make any mention of the Queen’s visit.
‘There were no officers in the vehicles during the incident and our member of staff was correctly displaying his licence.’
You decide who is telling porkies.
Across to the last red bit on the map 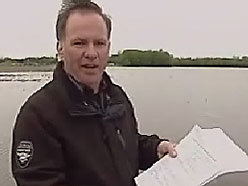 Bureaucrats have added insult to injury for a corn farmer south of Montreal whose fields have been damaged by near-record flooding.
Martin Reid says he's been forced to buy a fishing licence to remove carp that are swimming in a metre of water on his flooded-out fields.
He says he bought the permit to avoid the problems he faced the last time he was forced to remove fish from his flooded farmland. In 1993, Reid was fined $1,000 for illegal fishing.
"My father and I ... were charged by Fisheries and Oceans Canada," Reid recalled. "We were jointly responsible for having caused the death of fish for reasons other than sport fishing."
Reid says the fine will jump to $100,000 if he's cited a second time.
He's under strict orders to safeguard the lives of the carp once he begins to expel them.
Oh do stop Carping on Martin.
Back in Blighty 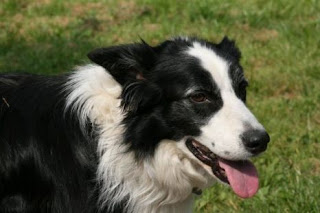 Pig farmer Tem Sosa is giving away her pet border collie, Bob, for free and has made no qualms about the thieving, bad-tempered dog's wonky teeth and bad breath in her frank advert.
‘Evil Bob would love to find the perfect home as I have put up with him for nearly ten years and can’t take much more,’ she wrote on the second-hand sales website Preloved.
‘He is probably the worst dog you will ever meet. He started life as a failed mountain rescue dog – probably peed on the climber and stole their Kendal mint cake.
‘He has caused nothing but trouble here as he doesn’t fit in well with a large group of dogs.
‘He looks older than his years, has wonky teeth, bad breath and a bad attitude. He is terrified of cats, snaps at horses’ heels and nips pigs.
‘He should not be left unsupervised indoors as he steals food off the side, licks the cooker and pees at terrier height so as not to get the blame.’
Mrs Sosa did concede that Bob was not all bad: ‘His few good qualities are he travels quietly in the car and will lie under your desk at work all day,’ she added.
Bless.
And finally:
Still in our damp, cold, windy land 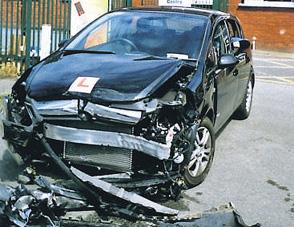 More than 300 learner drivers and examiners were injured during driving tests in Britain last year, figures reveal.
Five examiners suffered physical attacks and 209 reported being verbally abused as stress got the better of candidates, according to Driving Standards Agency statistics obtained by windscreen repair firm Autoglass.
There was even one death recorded, although it was the result of a heart attack which was not attributed to the test.
That’s one way to keep the maniac’s orf the road.
That’s it: I’m orf to apply for some green incentives.
And today’s thought: a Daft Old Fart got a call from a user. The user told him that her computer was not working. She described the problem and the Old Fart concluded that the computer needed to be brought in and serviced.

He told her to "Unplug the power cord and bring it here and I will fix it."

About fifteen minutes later she shows up at his door with the power cord in her hand.
,

You couldn’t make it up.
Angus
Posted by Angus Dei at 07:42 2 comments