CHEERED UP A BIT 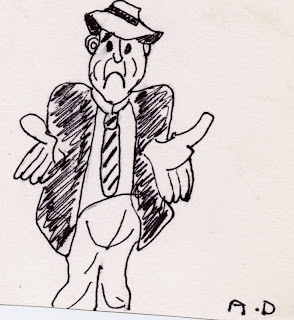 Bit happier now, and just to prove it a mish-mash of news, funny stories and facts you don’t want to know.

An Australian prison guard who was held hostage for two days by 20 prisoners was released for----15 Pizzas.

That’s the Antipodes for you.


Ananova Truck drivers who are caught speeding in an Indian state are being made to hop like frogs.
Police in Bihar dish out the humiliating punishments instead of taking offenders to court
For the most popular punishment, leapfrog, speeding truck drivers have to sit on their haunches, hold their ears and hop for almost half a kilometre.
And the drivers are made to chant the name of the political leader they like most while they are being punished.
One policeman was quoted as saying: "If they remember their leader when they are being punished, it's like they are insulting them. If they have any sense, they won't do the offence again."

And some news-from Ananova - News

An Australian Navy submarine commander is in trouble for suggesting women sailors wearing bikinis would boost recruitment. Commander Tom Phillips also revealed the submarine equivalent of the "mile-high club" is the "going down club". In an interview with men's magazine Ralph, he revealed the naval uniform works to "either pull a chick or get in a fight".

Apparently feminist groups are not too pleased, I don’t know why.


A US man had his gun confiscated after he accidentally shot a lavatory bowl in a restaurant toilet. The 26-year-old man's handgun went off while he was hitching up his pants, reports the Salt Lake Tribune. Police say the bullet shattered the toilet and sent sharp shards into the man's arm, which required hospital treatment nobody was badly hurt in the incident, in Centreville, Utah, but a woman in a neighbouring toilet complained of chest pains. Police confiscated the man's firearm, for which he had a permit.

That really is going off half-cocked.
.


Bungling German firemen have been branded the worst in the world after their own fire station burned to the ground.
All six fire engines perished in the £3 million blaze in Syke and it took 250 firemen from nearby towns to finally bring the inferno under control.
Investigators believe the fire fighters could have triggered the blaze themselves in a training exercise accident or that faulty wiring was to blame.
The weekend blaze was the second time the brigade has lost all its engines in a fire. The station was rebuilt in 1994 after being gutted by a fire.

Glad I don’t live in Syke.


You have to see the photo-Ananova - Skier's mishap causes exposure the man, who to his undoubted relief has not been identified, was left hanging upside down from a ski lift with his trousers around his knees.
He had boarded the high-speed lift in Vail's Blue Sky basin with a child but, unfortunately for him, the fold-down seat was not in the correct lowered-down position.
That caused the skier to slip through the resulting gap as he attempted to board the lift. He was prevented from plummeting to the ground below by his right ski, which became jammed in the ascending lift.


Oops-Ananova - England fans stranded in one way street Two English football fans in Cologne lost their car after mistakenly thinking they had parked it on a road called 'One Way Street'. The pair wrote down 'Einbahn Strasse' - which means one-way street in German - so they didn't forget where they'd left the hire car.
Well we do expect everything to be in English don’t we?
Did you know?
There are 92 known cases of nuclear bombs lost at sea.
Over 5 billion crayons are produced each year. (Well they have to have something to do in Parliament)
One in ten people live on an island (Think about it)
The Mathematical decimal system introduced in 4BC and it only took us 1981 years to catch up, we haven’t really because we still use imperial as well.

Can openers were invented 48 years after cans, cans were invented in 1810 by a Londoner, Peter Durand. American Ezra Warnet invented the can opener in 1858. The well-known wheel-style opener was invented in 1925. Beer in a can was launched in 1935. The easy open can lid was invented by Ermal Cleon Fraze in 1959.
It takes a can about 200 years to degrade if you bury it.

The Great Pyramid of Giza is the only one of the Seven Wonders of the World that still survives.

You can live without food for almost a month but survive no longer than a week without water. And 20% of all freshwater is in one lake, Lake Baikal in Asia.
There, doesn’t that feel better?

“Remember, anyone can juggle for a second”- John Alexandro King. (The covert comic)
Angus
Blogs on NHS behind the headlines
Posted by Angus Dei at 14:14 1 comments 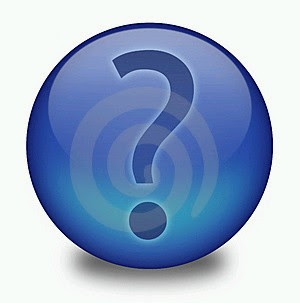 And probably don’t want to know.

Odd facts have always been interesting to me, so I thought I would ruin your day and share some.


Early in the twentieth century the total world market for cars was estimated at four million, because the manufacturers thought that the world would run out of chauffeurs.

In 1945 Henry Ford ll was offered the Volkswagon factory and patents for nothing. He refused because he thought the design of the Beetle was bad.

In 1954 a concert manager told Elvis Presley that he should “go back to driving a truck”.

In 1692 Decca records rejected the Beatles saying, “We don't like their sound, and guitar music is on the way out."

The plastic things on the end of shoelaces are called aglets.

The back of the human hand is the opisthenar.

The white part of your fingernail is called the lunula.

Someone who uses as few words as possible when speaking is called pauciloquent. (Not me then)

The small cup in which an espresso is served is called a demitasse.

We are all frightened of something.

The fear of accidents is dystychiphobia

The fear of becoming angry is angrophobia

The fear of Garlic is alliumphobia

The fear of goblins or demons is bogyphobia

The fear of dancing is chorophobia

The fear of doctors is iatrophobia

The fear of parents-in-law is soceraphobia

The fear of fear is phobophobia

There are hundreds more of course but I am saving them for a rainy day, or when my bain cell flickers out.


“Nothing in education is so astonishing as the amount of ignorance it accumulates in the form of inert facts.”-Henry Adams- The Education of Henry Adams (1907